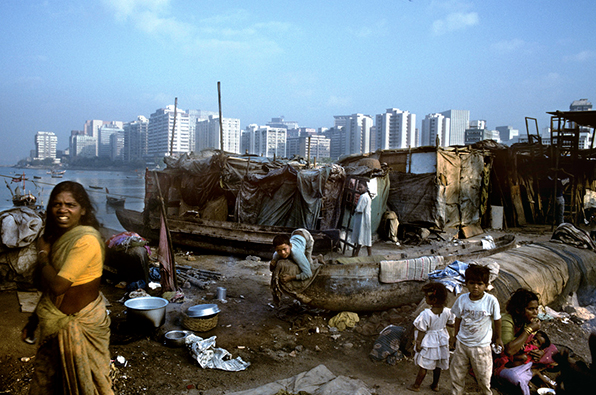 Ever since Narendra Modi came in to power he has been pursuing aggressively neo-liberal economic policies camouflaged with radical rhetoric of “Hindutva” which culminated in brutal murders of innocent citizens by BJP vigilantes merely on suspicion of beef consumption. The naked attacks on students in Hyderabad, at JNU in Delhi, on writers, broadcasters and censorship of the films like Udta Punjab expose Modi to the bone. The corporate media conveniently ignored atrocities being inflicted upon the workers and youth struggles, brutal military operations in the highly mineral rich mountains and jungles of Chhattisgarh, Orissa, Jharkhand and Andhra Pradesh where State governments have already signed hundreds of agreements with imperialist mining and other corporations resulting in displacements of over 300,000 indigenous people. The same media becomes lyrical on Modi many foreign visits including unprecedented sojourns to Arabia and Qatar.

India has big ambitions in Afghanistan and this explains why it has already invested over $3 billion in building roads and bridges and now Modi has pledged another billion dollars for the Salma dam. This is nothing but Indian imperialist designs of ‘Akhand Bharat’ or greater India. Even the economist has acknowledged the imperialist designs that Modi is pushing more aggressively, “On his frequent foreign tours the Indian prime minister touts his brand not only in words but physically. The beatific smile, the warm hugs and the trademark folkloric dress project the reassuring humility of a big but benign country. Yet behind the soft-focus India that Mr Modi personifies, the contours of a harder-edged regional power are emerging under his leadership.”

Western economists are singing praises of ‘India’s economic miracle’. Modi cunningly uses that to impress India’s increasingly crisis infested middle class of over three hundred million. But the stark reality is that India thirty years ago, was home to one-fifth of world’s poor and today it is a home to almost one-third of world’s poor. At present, 29.8% of the Indian population lives below the government’s poverty line comprising of those whose daily income is less than 28.65 rupees. According to UNICEF a third of the world’s malnourished children are Indian. Another data also shows that 42% of children in the country under the age of 5 are underweight while 58% of children in the same age range were stunted.

Colin Todhunter in a Global research report say, “The issue of poverty keeps rearing its inconvenient head in India. The Planning Commission tends to keep on shifting the poverty line, but it is always at a ludicrously low level, which underestimates the numbers actually living in poverty. But playing fast and loose with India’s poverty line has almost become a trendy pastime. The truth is that poverty is an embarrassment to many of India’s filthily rich ruling elite, who like to portray the country as an emerging superpower, with its space programme, sophisticated weaponry, sports towns, growth figures, Formula 1 race track and gleaming malls.”

When Modi and his imperialist backers say that India has three million households with over $100,000 of investable funds they don’t say that this is merely 1.25 per cent of the total households. India’s growth of 7.9 per cent will not mask its poverty alleviation which is 0.8 per cent negative, virtually the same figure as it was 20 years ago. The sacred scripture of free market economics has miserably failed. India moved closer to the US in recent years, complying with its geo-political and economic hegemony. In return US is sanctioning, supplying and facilitating the development of India’s nuclear industry, despite India not being a signatory to the Non-Proliferation Treaty.

The Indian economy is being thrown open for imperialist’s conglomerates for plunder. The capitalist regimes in crisis cosy up to western multi-nationals with enigmatic ‘Memorandums of Understanding’ and then proceed to target the poorest people in the country as ‘the enemy within’. The Indian and western corporate elites are now the new colonial masters in India. Whether it is the brutal attacks on its poorest or the collusion with foreign governments and corporations to loot the economy for profit, successive Indian regimes have always deceived the working people. Covertly they have struck deals with Wall Street and neo-liberal bosses while overtly peddled the lie of freedom and independence to relatively affluent middle classes who eagerly accepts this facade at the expense of the oppression of the country’s poorest folk as ‘collateral damage’ in the drive to secure ‘necessary economic infrastructure’.

Generally it is perceived that partition created the rise of fundamentalism and reaction in Pakistan. This is only a half -truth. Partition nurtured far greater reactionary tendencies in India. The rise of the BJP and the coming to power of Modi and RSS illustrate this tragic fact. On August 15 1947, Nehru stood in Delhi and spoke about a tryst with destiny. India was supposed to be on course for a bright new future. Opposite has been the outcome. The social and cultural values dominating society are base instincts of consumerism, greed and narcissism. The Western intelligentsia sees India through a distorted prism of spirituality, morality and enlightenment but foreign capitalists India is a land with huge potential and ripe for rich taking. The vultures in Washington are eyeing for a deeper intervention.

With 75 per cent of the population living on less than two dollars a day, the influence of western agribusiness is regressive as can be seen with over 200,000 farmers’ suicides and large parts of the country under military law in this ‘largest democracy’ in the world. India is often dubbed as capitalism’s miracle, democracy’s great success story. But the vast majority of the masses have been drenched in misery and poverty forcing them out of the economic cycle. Deceit and hypocrisy has become norms of Indian elites politics and culture. But more than a billion souls cannot be kept in these shackles of exploitation and corporate economic aggression for long.

Money decides the outcomes and governments’ in India’s largest bourgeois democracy. The ‘national bourgeois’ propelled this Hindu fundamentalist regime to power glaringly exposing its reactionary character of the ruling class. With the burgeoning crisis of Indian capitalism, these corporate bosses desperately needed a more belligerent regime in power. They stashed Modi’s campaign with massive funds. The congress and the other bourgeois opposition have no economic alternative to offer. Slogans of democracy and secularism don’t interest the economically and socially deprived working classes and the poor masses. The left and the communist parties leaderships are still not prepared to opt for a revolutionary way-out. That delays a working class movement and dampens the class struggle. But the movement shall erupt sooner rather than later. Once the Indian proletariat and the oppressed masses enter the arena of struggle all this will change. If the communist leaders refuse to adopt the policy of genuine communism i.e. revolutionary socialism, the movement shall carve out a new leadership and move forward to a victorious revolutionary insurrection.