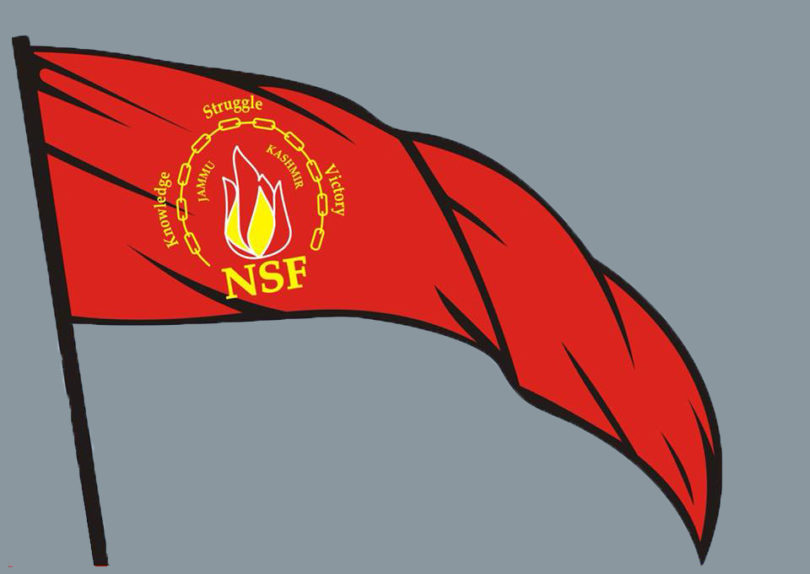 Dear people and oppressed nationalities and working class of the Subcontinent,
We are facing terrible times here in Kashmir. The line of Control (LoC) once again converted into a living hell by both states, India and Pakistan. After Pulwama attack, India advanced its military in the Jammu Kashmir and now both sides beating the drums for war. We clearly now that this is one more episode of the war drama which can never be fought instead of cross firing across LoC. So far, in the recent episode, approximately 25 people have been killed across LoC while property worth millions have been destroyed.

First of all, let us clearly mention that we have no sympathies for warmongers, national chauvinism and so-called Jihadi militants. We, Kashmiri, believe that with a peaceful struggle and a joint movement comprised upon the masses from IoK, Jammu, Ladakh, Valley, PoK, and Gilgit Baltistan we can attain our destination of freedom. A joint struggle on the basis of class contradiction can ensure our victory, no religious movement or any sectarian stance can help us in our struggle.

Secondly, we cannot turn our faces towards Pakistan or Indian state for help instead we believe that the youth, women, workers and masses from India and Pakistan are more powerful and trustworthy in our movement.

To all the oppressed working class of Pakistan,
Your rulers and military establishment are snatching every single coin from you in the name of Kashmir war. But this war is only a business motive for them, they rob you and kill innocents. Your money is ending up as a bullet in the chest of a Kashmiri. We appeal you to speak against this brutality. Now, The time is up! Stand up and raise your voice against it. Your courage, support and solidarity is our biggest strength.

Dear Pashtuns and Balochis,
We know that you are facing tremendous difficulties from last few decades. Missing person and beaten to death is a common practice in your areas. The state is cruel and it’s very much clear now but by joining our hands against this cruelty we can strengthen our voices.

To the Indian masses,
You also have seen turbulent times. A Hindutva fascist regime is in power and to be in power they are playing with our dead bodies. A war criminal is heading the state and his brutality exposed him in Gujarat first and now in Valley. Communal violence is oxygen for this regime and Kashmir question is like a heart for its state, pumping the blood of innocents in its veins. There is a huge wealth gap between the rich and poor of India, that the history never witnessed such difference ever. The so-called biggest and “Shining” democracy also has the biggest slums in the world. 80 crore of Indians don’t have access to moderate food. Naxalites are fighting for their separation, while South Indians and Nagas never showed trust in the Indian state. Nagas are struggling for their identity. The state has failed to resolve the genuine issues of the whole population. Instead by encouraging Hindu fundamentalism they are diverting the attention from real issues. We believe in You, the working class of India, that are in millions. We believe that you will stand up against all cruelties!

Comrades,
Let’s join our hands and stand together with fists raised and voices high against all the oppression and cruelties of both the states and its ruling elites. We believe, the powerful working class and mass struggle against all oppression will pave the way towards our destination, the Freedom! not only the Kashmir’s Freedom but the Freedom of the whole Subcontinent, Freedom from Oppression, Freedom from Deprivation, Freedom from Imperialist Aggression. Freedom of Identity, Freedom to Speak, and Freedom to Live.
And the freedom of the subcontinent will be the catalyst for the World’s freedom movement,
FREEDOM OF HUMANITY!

Down With Oppression!
Long Live Resistance!
No War but Class War!