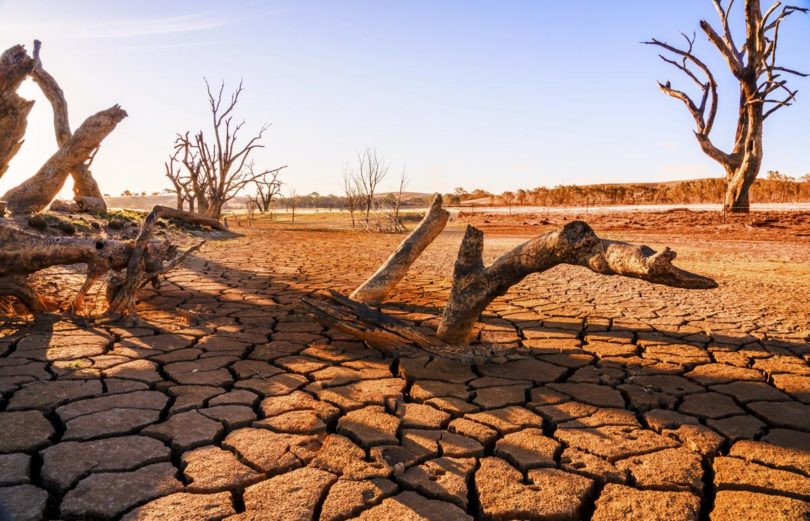 Alarm bells of a looming environmental disaster have been sounding in Pakistan as well as the rest of the world. Pakistan’s water scarcity is fast reaching life-threatening conditions in Karachi, Balochistan and several other parts of the country. In megacities the sharply rising heat islands during heat waves in Karachi, the rise of scorching temperatures in Peshawar after the felling of trees and clouds of smog in Lahore’s winters are all catastrophes being brought about by the greed and lust of a tiny ruling elite and its system, abusing the environment for plunder.

Lack of healthcare, education, employment, nutrition and basic human needs are pulverising human existence. Environmental degradation is not on the agenda of Pakistan’s ruling elite. The present election campaign of moneyed politics is devoid of any solutions for these burning issues afflicting torment on the lives of the vast majority of the populace. These masters of our destiny have maliciously obviated the real issues through their financial control of media, intelligentsia and those who set up the social mindset in society prevailing during periods of stagnation.

Their system of rulership has lost the capacity to improve human life and develop society, and they know it. However, the ongoing environmental crisis is a worldwide phenomenon. Even the most advanced capitalist countries cannot do much to avert this disaster. Pakistan’s rotten capitalism has no chance of tackling it even minimally. The environment knows no boundaries. Hence the solution of this catastrophe has to be fought for and carried out on a worldwide level. This is only possible on the basis of class struggle. Just like the environment, the toiling classes transcend nation-states.

US President Donald Trump recently took off the mask of the previous imperialist leaders. He exposed the hypocritical, false gestures to resolve this daunting threat to mankind. He has ditched the Paris and other accords on climate change. In any case, these wouldn’t have made much of a difference. In its epoch of capitalism’s terminal decay, it’s fast becoming dangerous for civilisation’s existence. The environmental harms of capitalism do not simply result from greed and lack of effective environmental regulation or indifference, though these undoubtedly exacerbate the situation. Environmental destruction is inherent to its functioning.

Pollution of the atmosphere, oceans, fresh waters and land, the disruption of ecosystems and loss of biodiversity are not an auxiliary to the running of a globalised capitalist economy. There can be no ‘green’ or ‘environmentally benign’ capitalism, just as there can be no socially and economically humane capitalism. Industrial pollution, consumption related waste, carbon and other ‘greenhouse’ gas emissions, pilferage of natural resources and intensive ‘industrialised’ agriculture are its inevitable consequences. These harmful environmental effects are treated as ‘externalities’ — somebody else’s problem. For much of capitalism’s history, the consequences of its environmental aspects were not readily apparent but now, at the start of the 21st century, they cannot be ignored, despite being often camouflaged.

Atmospheric pollution and global warming, due mainly to gross overuse of fossil fuels, has reached a stage where even professional government and corporate liars admit that a world catastrophe involving the destruction of whole countries and populations is now inevitable unless overall emissions are reduced by at least 80 per cent from their 1990 levels. Yet capitalism’s drive for profits and resultant demand for energy is intensifying ‘unconventional’ or ‘extreme’ energy production such a star sands, hydraulic fracturing and coal seam gasification, and aggravating environmental damage further.

Global climate change presents a real and instantaneous threat to the lives billions. It seems likely that several crucial ‘tipping points’ have already been crossed which will now — whatever inadequate responses are cobbled together — will inevitably result in a significant rise in sea level, and possibly irreversible changes in weather patterns and climate regimes.

The problem does not lie in technology, but in the ability or inability of the economic and social system to manage it. A system based on private profit is incapable of handling an energy delivery programme where the interests of society as a whole and those of future generations are a priority. Addressing realistically the needs of both energy production and demand along with climate change reduction will require, however, massive investment and planning with (re-)nationalisations, under social ownership in a workers democracy.

Food production is largely divorced from the human need for sustenance, and driven almost entirely by profit. There is enough food produced, and enough land available for agricultural production, to feed the world’s population. The contrast of food surplus and massive waste in the rich developed world, and shortage and famine in the ‘underdeveloped’ world reveals capitalism’s character of exacerbating inequality.

Marx elaborated the contradiction of food production with workings of the capitalist system.

Increase in agricultural productivity since the World War II has outstripped increases in productivity in every area but at the cost of the destruction of whole societies driving millions from the land into poverty and precariousness in the squalor of shantytowns on the edges of megacities in the ex-colonial world.

However, the system of private ownership and profiteering cannot even secure human survival. To implement humane and rational plans for the human race the combined knowledge, initiative, skill, imagination and enthusiasm of the countless millions of people who have no material interest in profiteering — the working class — is indispensable. The capitalist system and class now threatens the future of humanity. The great achievements of bourgeois science have been perverted into pseudo-science and outright superstition. Capitalism’s rationalisation of its catastrophic environmental consequences is propagated as the folly of the masses in over-consuming and over-reproducing. In reality, it is the wastefulness, destructiveness and venality of capitalism itself. Capitalism is now fighting all that is progressive in modern dialectical and materialist science. The warning of Fredrick Engels to humankind, more than a hundred years ago, ‘socialism or barbarism’ — perhaps now could be put, as ‘socialism or barbarism and the earth’s destruction.’ This is now the harrowing future of humanity under capitalism.