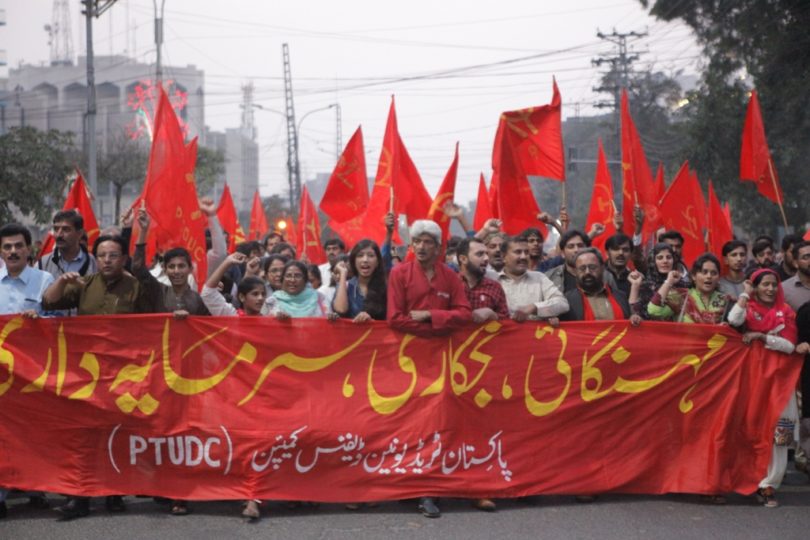 As the PTI’s new government came into power on the slogan of “change”, but within a short period, it has revealed its true face. On the dictations of Imperialist institutions, PTI Govt is implementing anti-labour policies. Due to these retrenchments, the lives of ordinary people are being ruined. In the name of the change, the ruling party already started the massacre of the labourers. Basic necessities became luxuries and are smartly expensive on the hand, employment opportunities are diminishing. 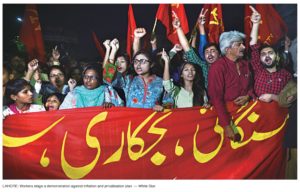 News Coverage by The News

At the Press Club, the protest turned into a public meeting and speakers condemned the government’s privatization policy. They also paid tribute to the struggle of the Utility Stores workers and extended full solidarity with them. 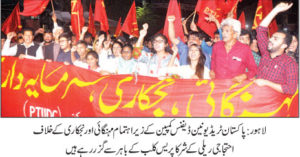 Ali Wazir criticized the government for their utter incompetence to solve grievances of masses. He further said that the Government is begging from other countries while at home it wants to curb genuine rights movement. Nazar Mangal said PTUDC will continue the struggle for a socialist revolution. Other speakers have included Dr Changez Malik, Umar Shahid, Majid Memon, Rauf Lund, Fauzia, Nadia, Nadeem Pasha, Naveed Ishaq, Anwar Panwar and others. 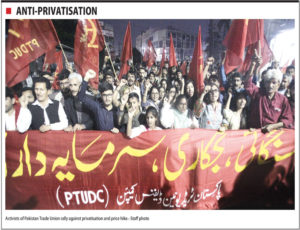 News Coverage by The Nation

The speakers further said, according to the 2006 judgment of the Supreme Court, all contract labour should be entitled to permanent job benefits. All anti-labour laws should be abolished. The government should immediately nationalize all health and education institutions and basic necessities should be provided free of cost to all.

The rally concluded with the determination of struggle till the socialist revolution. 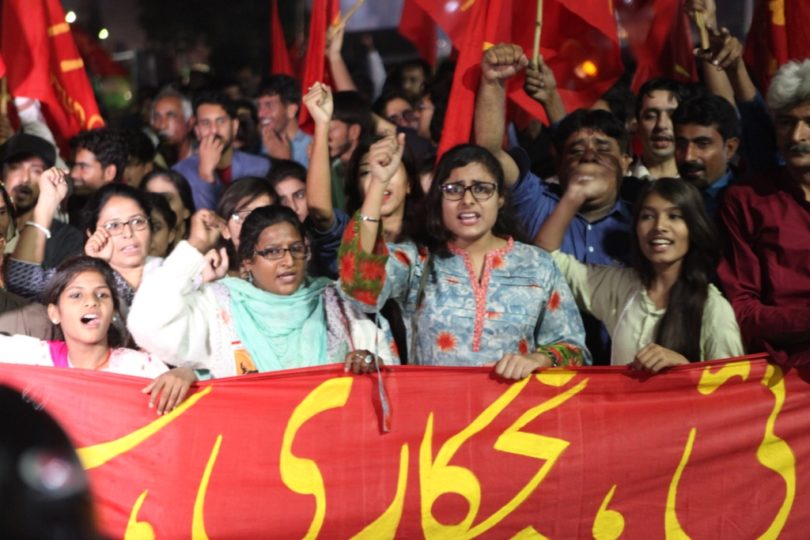 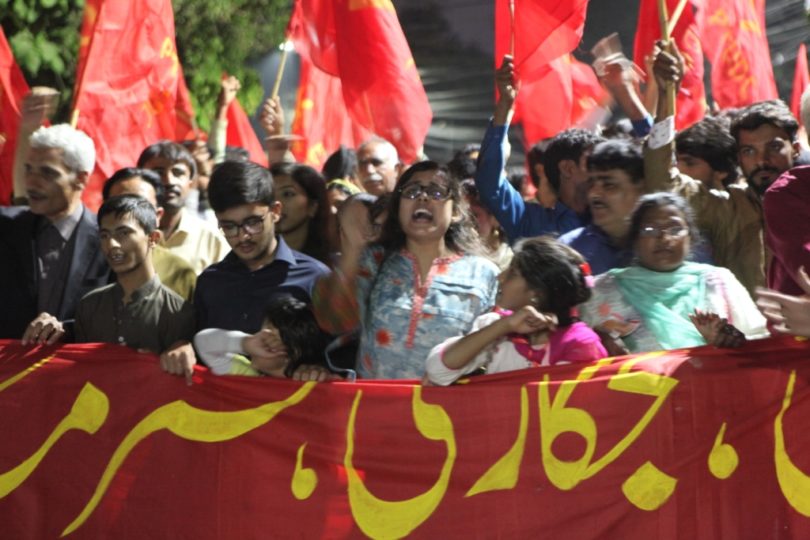 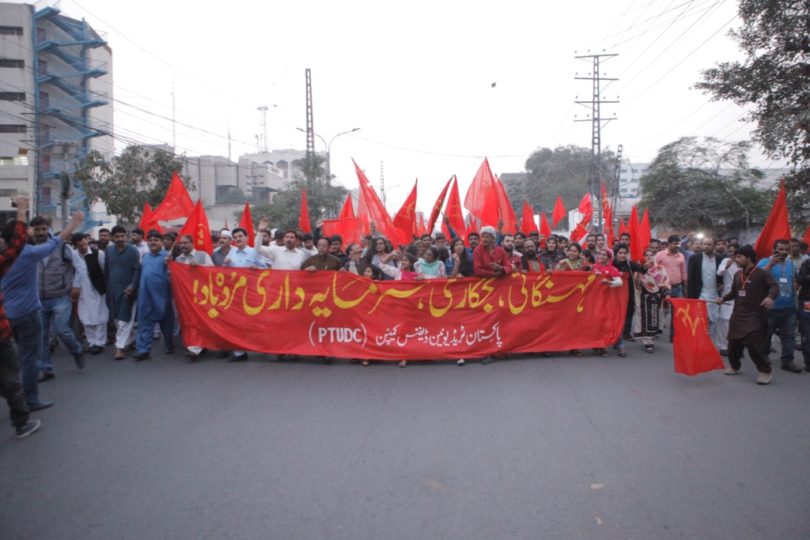 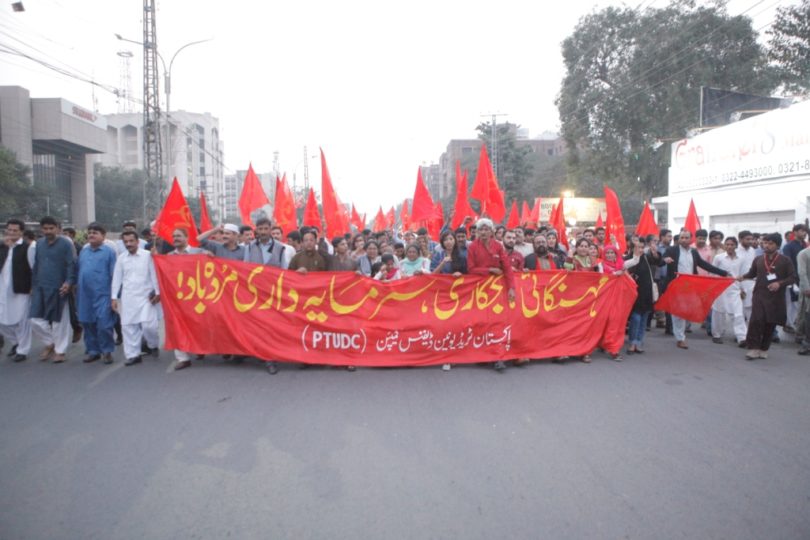 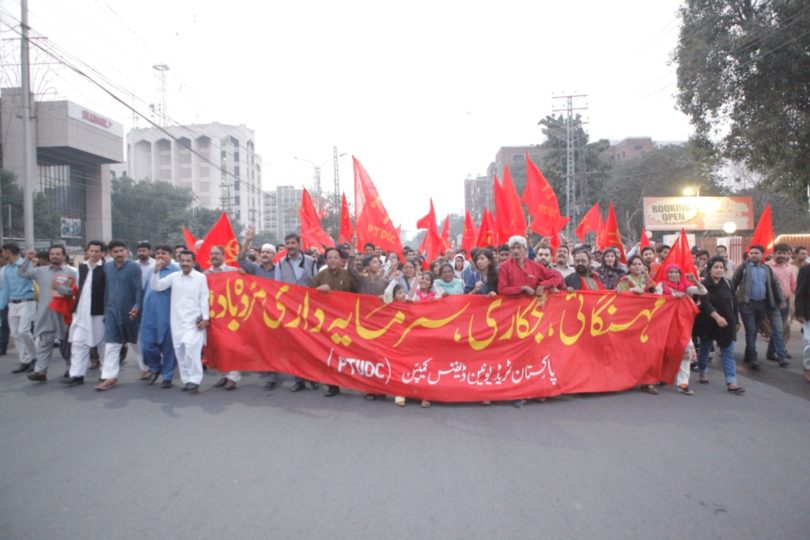 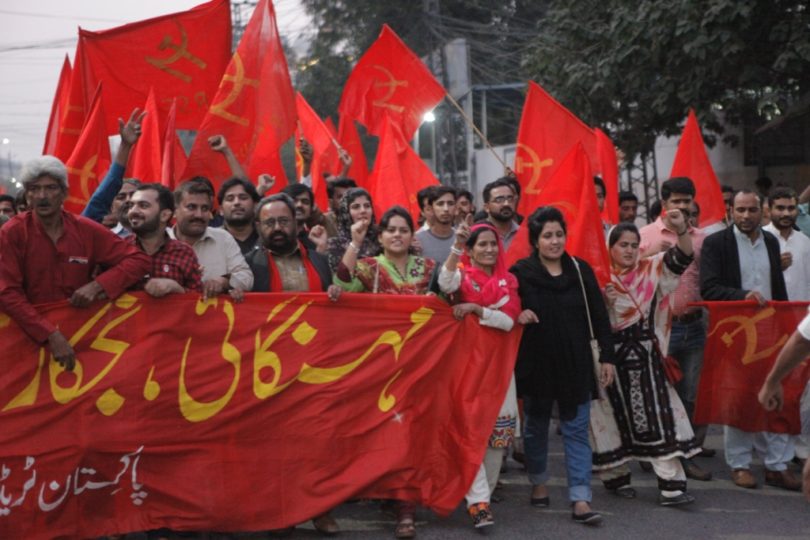 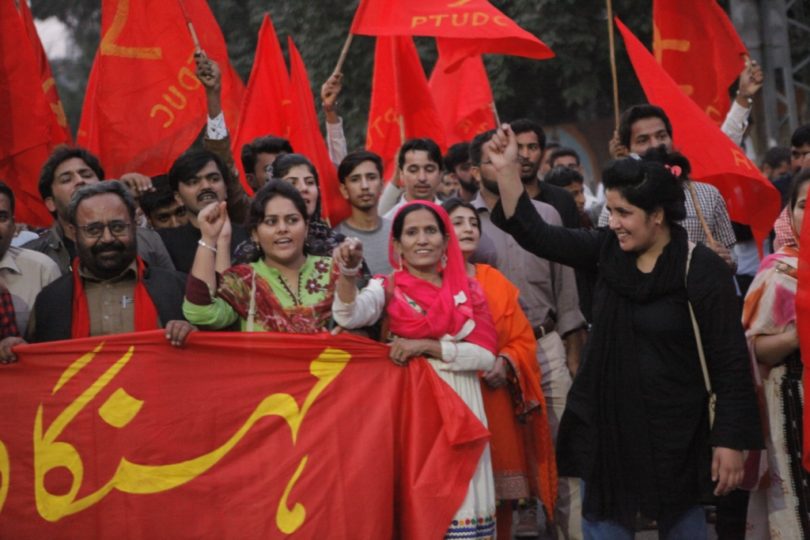 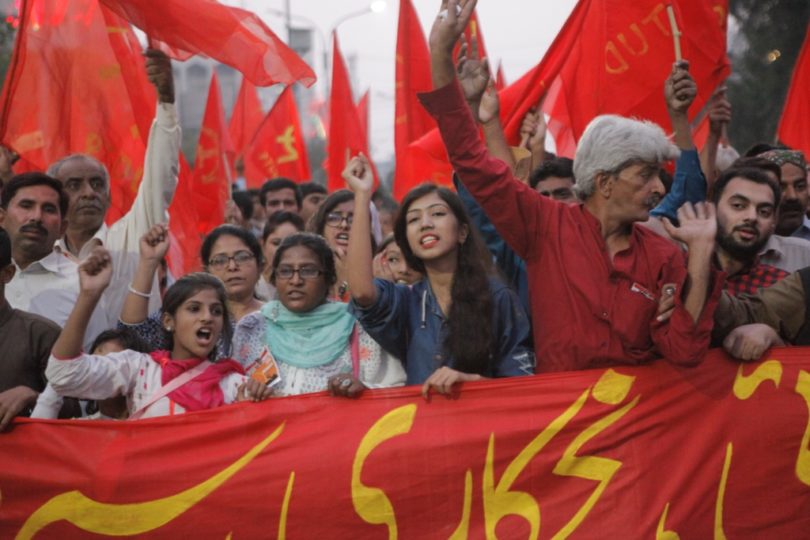 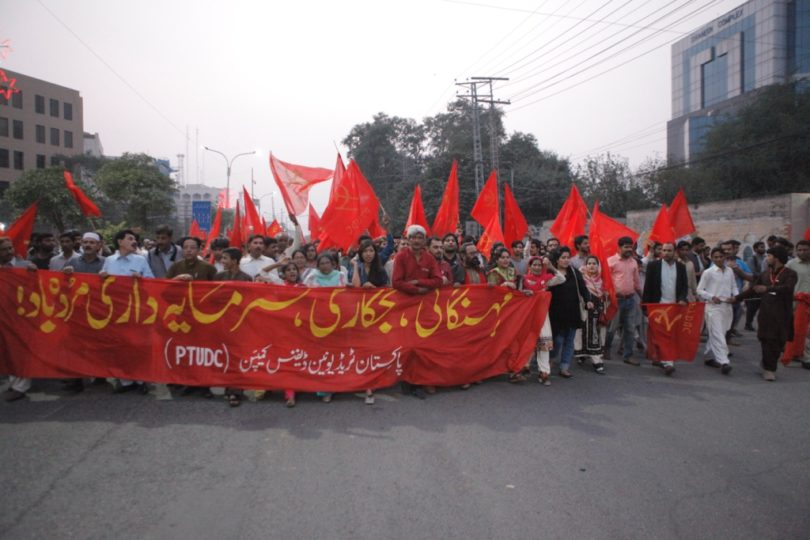 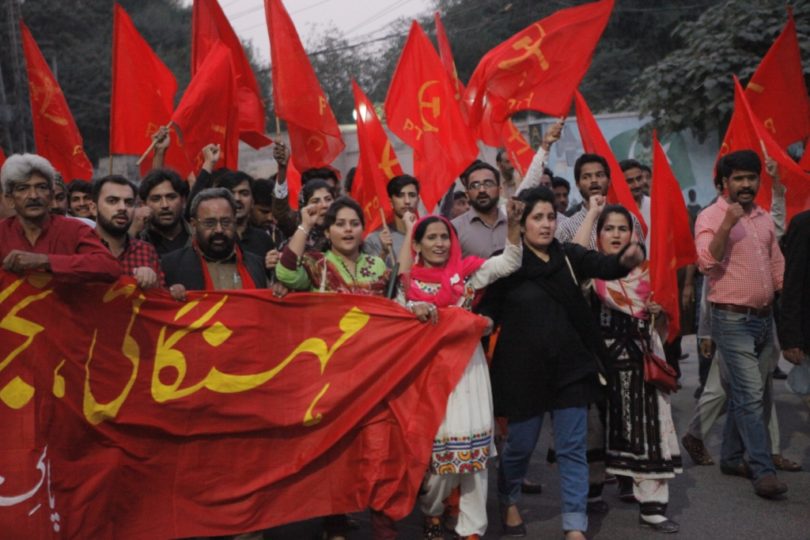 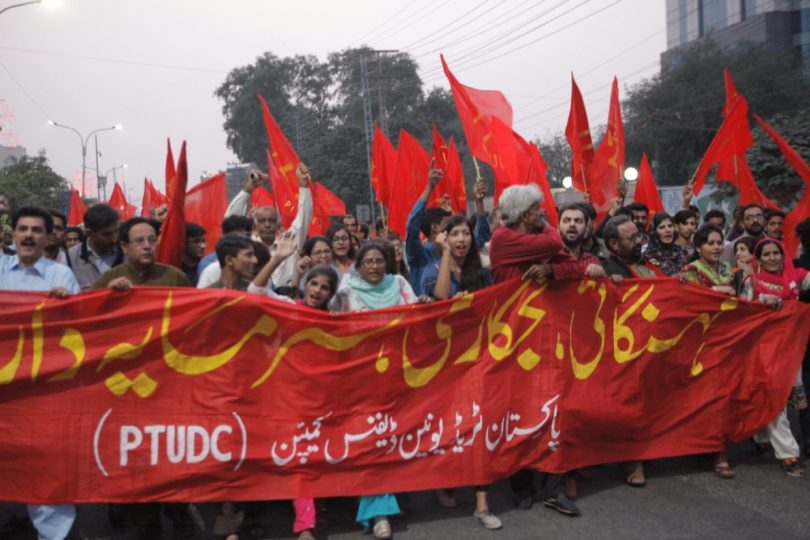 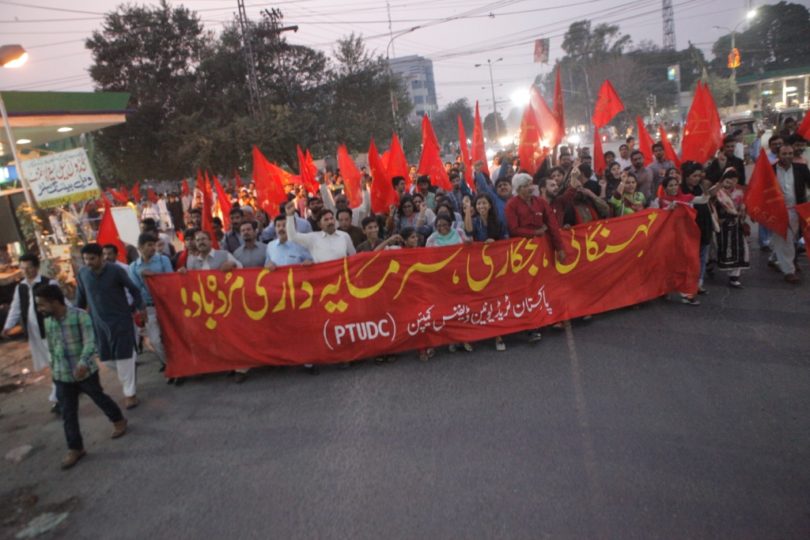 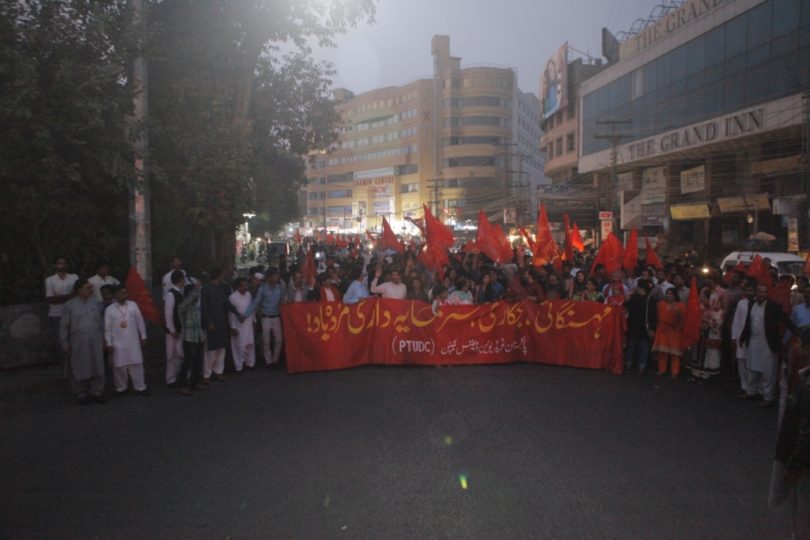 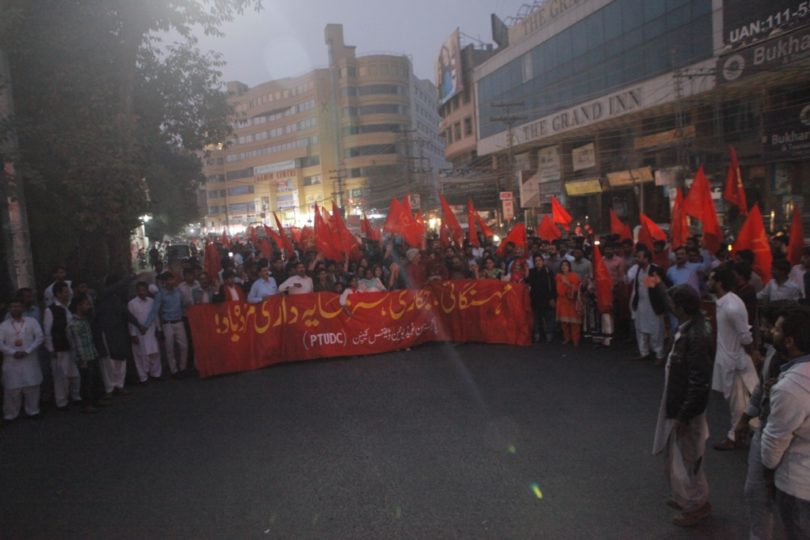 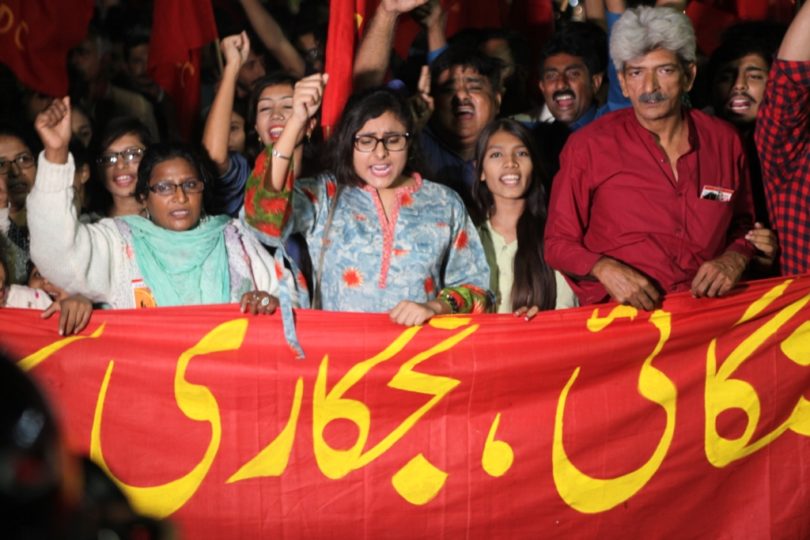 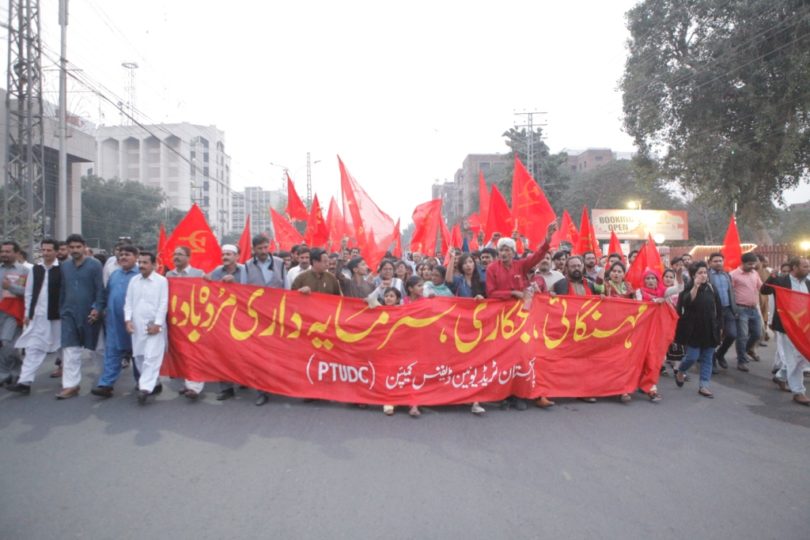 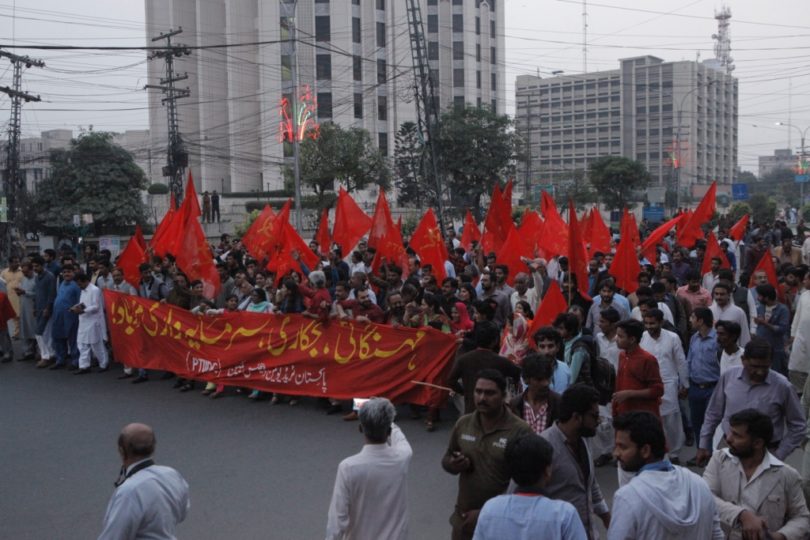 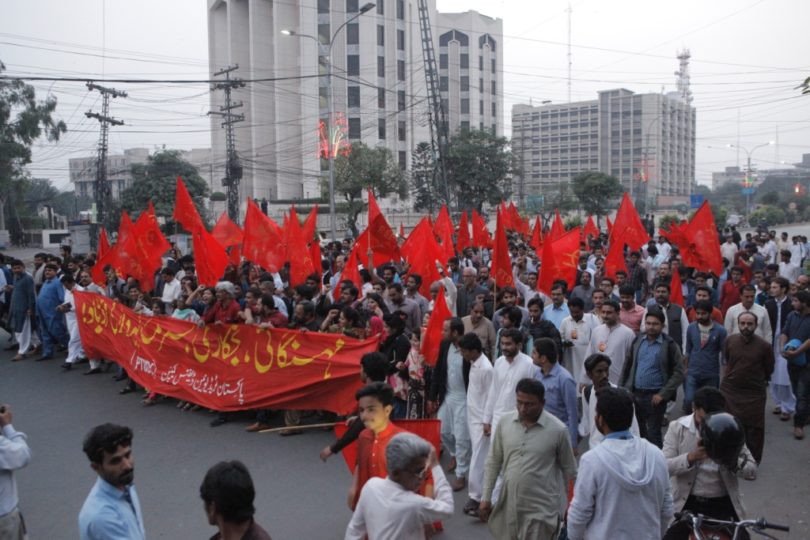 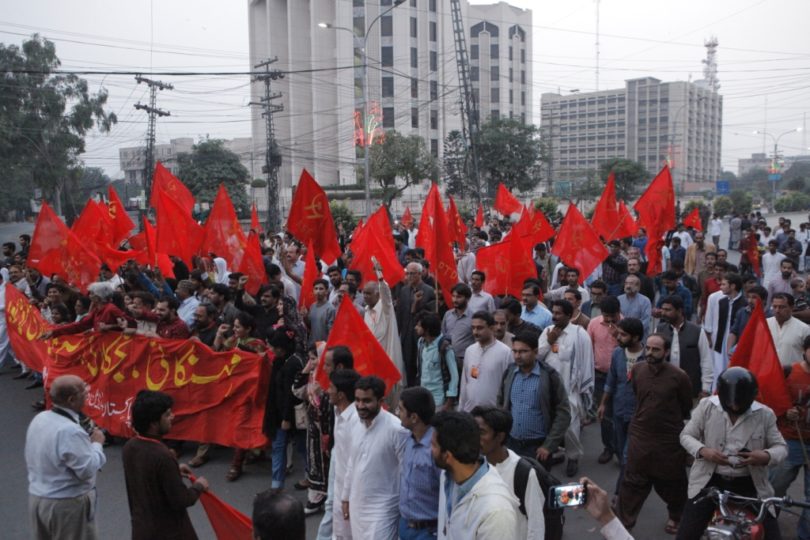 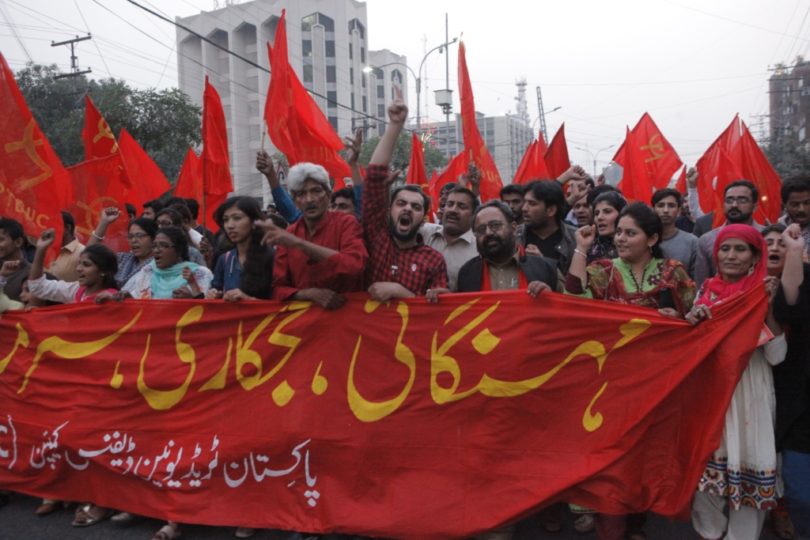 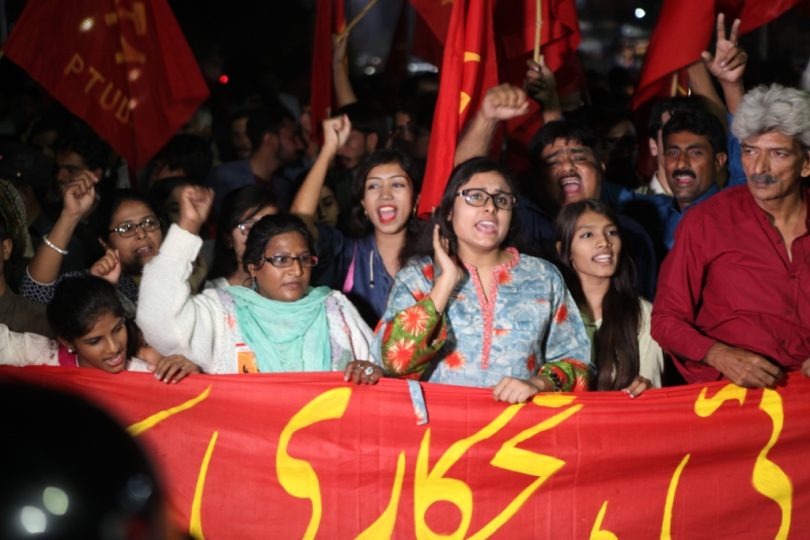 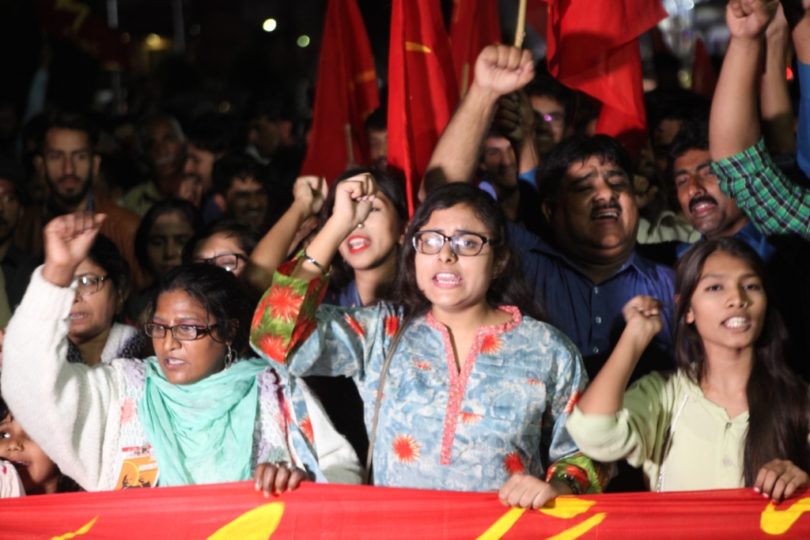 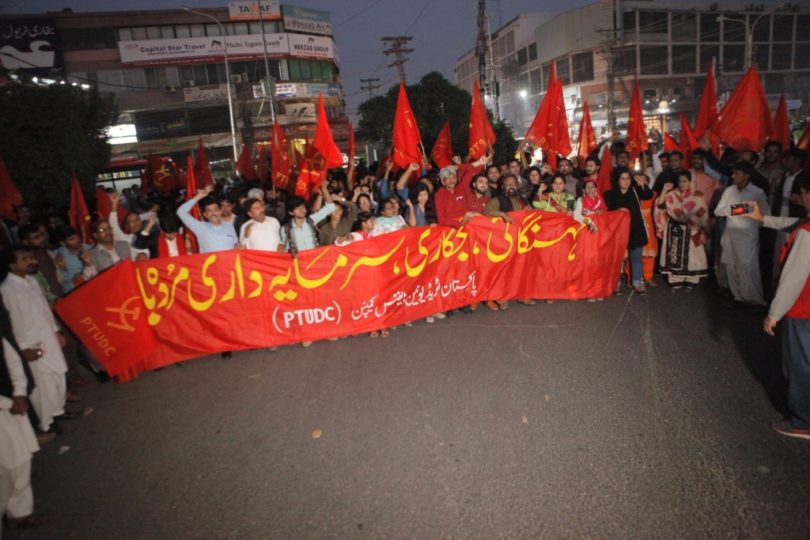