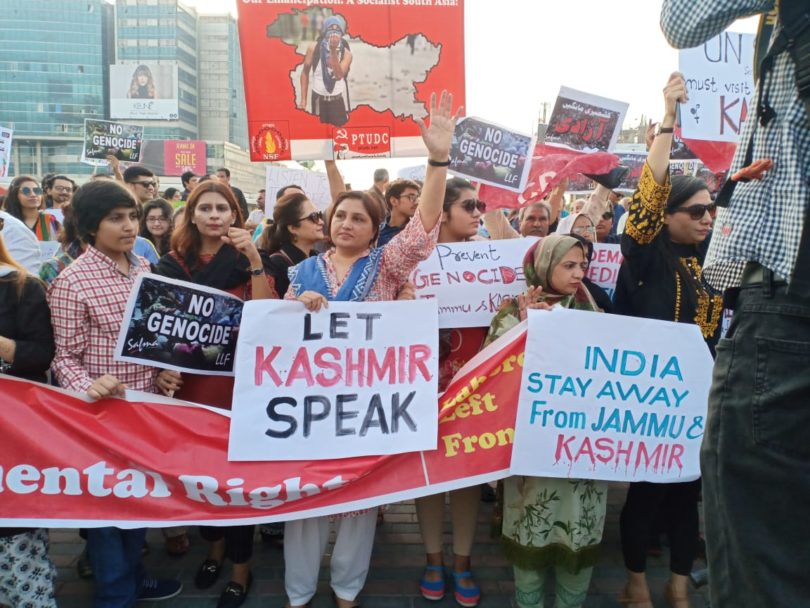 On 20 August, the Lahore Left Front, a conglomerate of left-wing groups, organisations, parties and individuals from the provincial capital, Aurat March organisers, student bodies from various institutions of Lahore and Jammu and Kashmir, and civil society came together for a huge demonstration at Liberty Chowk in solidarity with the people of Kashmir. Students and youth looked very vocal about the human rights violations by the state in India held Kashmir. They passionately chanted the most historic, enthusiastic and traditional series of slogans “What We Want… Freedom!”

Speaking about the Kashmir issue, Awami Workers’ Party leader and convener of Lahore Left Front, Farooq Tariq, said their instant demands included an end to curfew and media blackout in Kashmir at once.

He said these undemocratic moves by the Indian government with the suspension of human rights showed its tyranny on the Kashmiris. 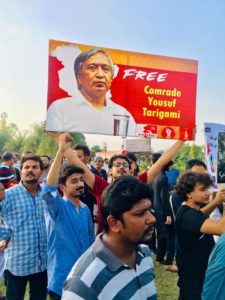 “We also do not stand by this slogan that Kashmir will become part of Pakistan, because the matter should lie in the hands of Kashmiri people. They must decide their own fate,” said Mr Tariq. “We also condemn the militarisation on both sides of Kashmir.” He said that the left front in both Pakistan and India had come out for Kashmiris’ rights. “We also condemn the campaigns against Shehla Rasheed, and arrested leaders there”. He also demanded the immediate release of Muhmmad Yousuf Tarigami, A leftist MLA from CPIM who is suffering in jail in Kashmir.” Farooq Tariq said even if they were already diluted, the revocation of the two articles, 370 and 35-A, must be reversed because Kashmir is a nation and you could not imprison a nation.

Fatima Razzaq from the Kinnaird College, one of the organisers of the rally, spoke about the resistance of the civilians in Kashmir against the Indian army. She praised the people of Kashmir for their constant struggle for freedom from tyranny and militarization. “I especially salute the women who have been subjected to the worst kind of brutality by the Indian occupying forces. They remain the most vulnerable stakeholders.”

Lahore Left Front and Aurat March organisers, in an attempt to bring forward the Kashmiri voices, also presented a charter of demands that included an immediate end to the occupation, illegal annexation, militarisation, arbitrary detentions and terrorisation of the people of Kashmir. 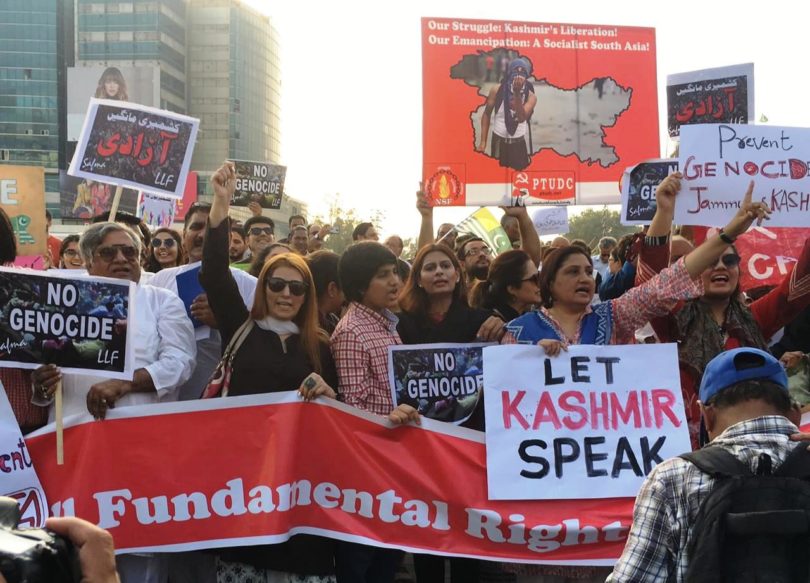 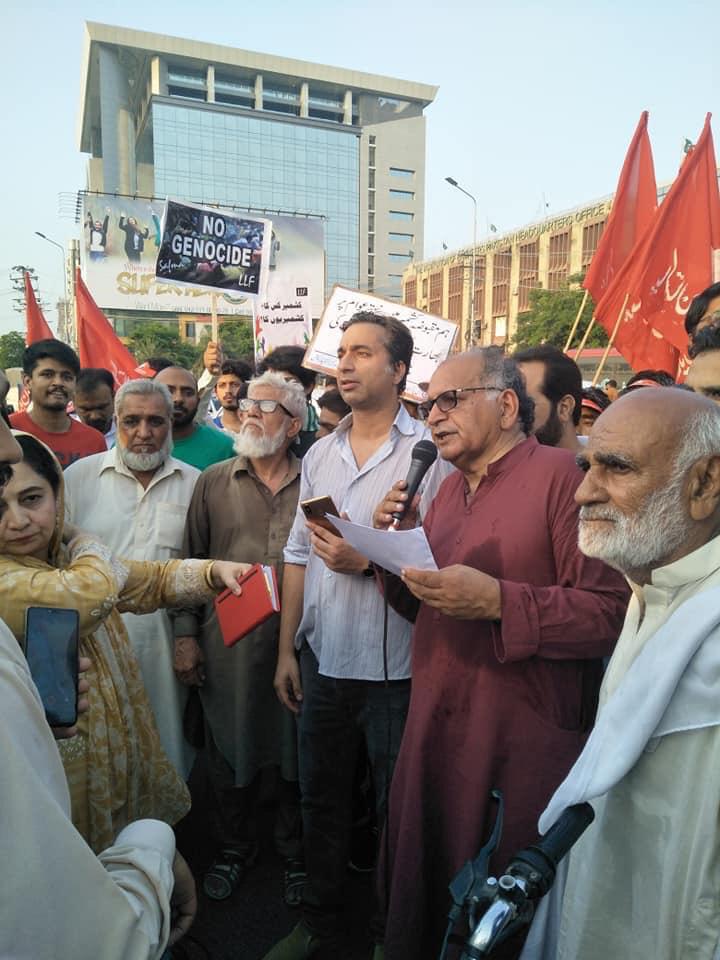 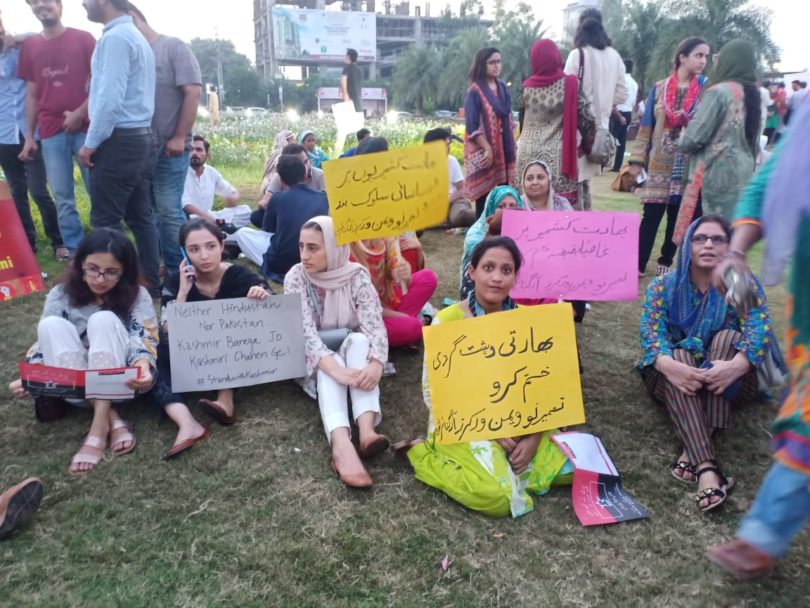 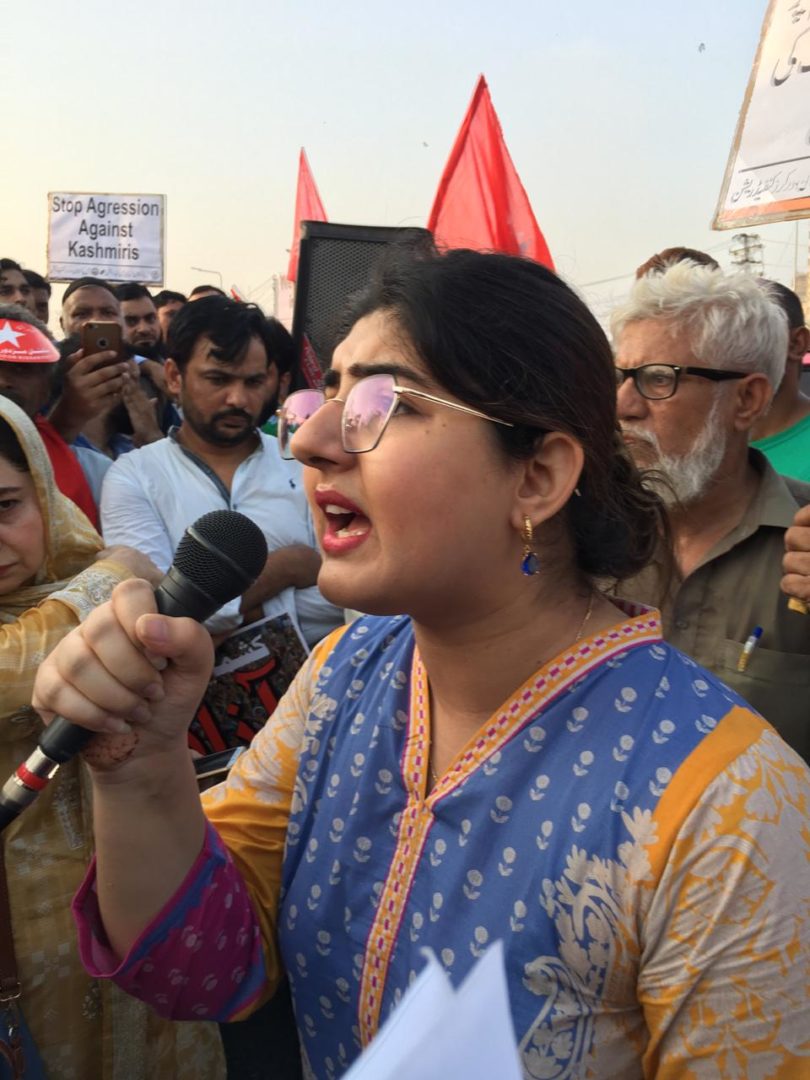 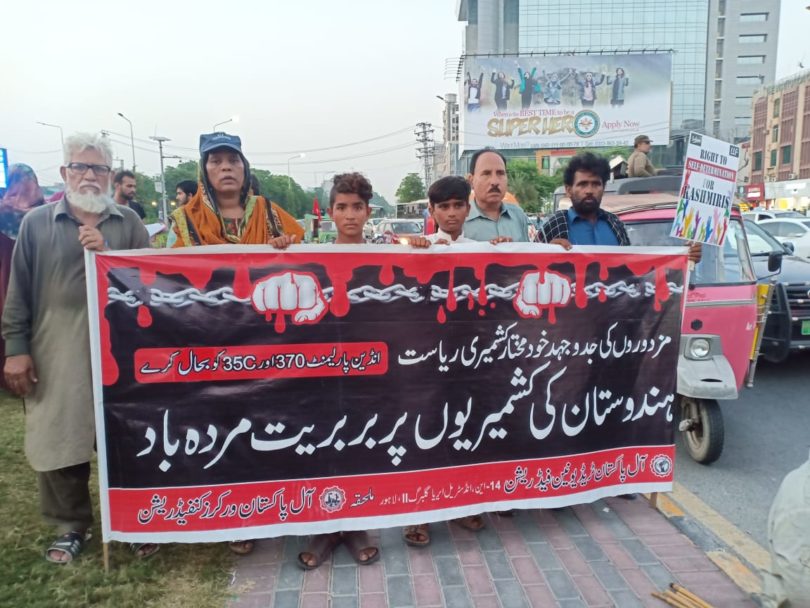 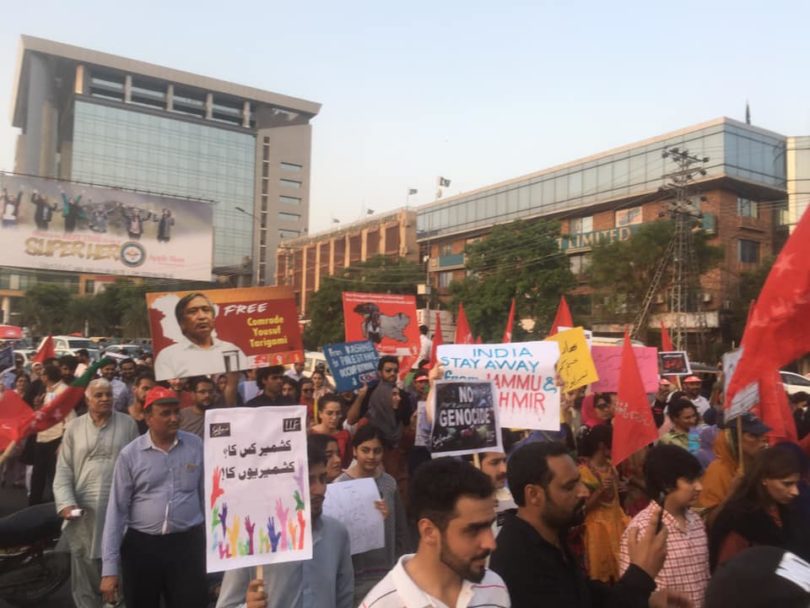 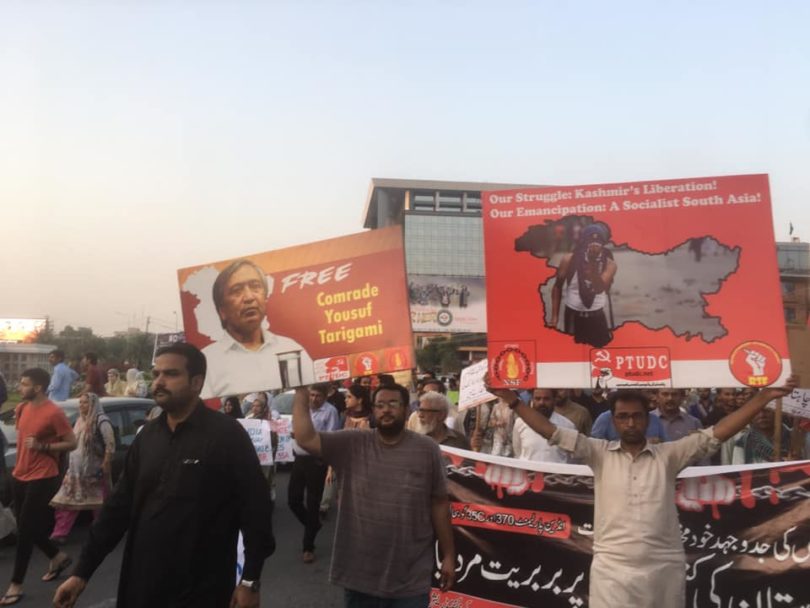