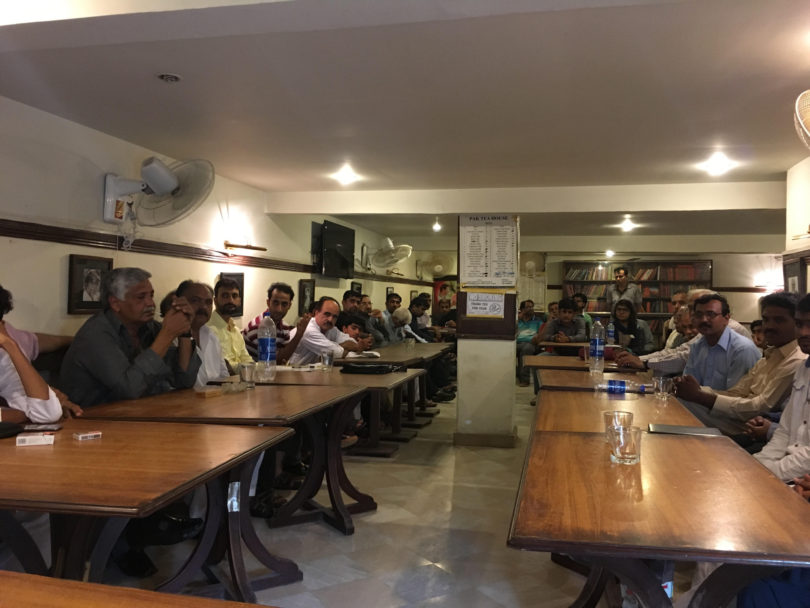 On 14 August, a seminar on “70 Years of Partition” was organized by The Struggle, Revolutionary Students Front (RSF) and Pakistan Trade Union Defence Campaign (PTUDC) in Lahore Pak Tea House. Despite the obstacles and road bockages more than seventy Comrades, Students, Workers and Political Activist participated in the event.

Awais Qarni performed the duties of stage secretary. Ilyas Khan opened the debate on the partition in his enthusiastic speech. Zohaib Butt shared his views on the partition and current political spectrum of Pakistan. Sasha Javed, Organizer RSF GCU, recited a poem of Gulzar and shared her views on the partition and its impacts on the consciousness of the masses, who were forced to leave their homeland and migrate. Farooq Tariq explained the conditions of post-partition Pakistan and put facts and figures to make argument concrete. He also shed light on the rise of modern Islamic Fundamentalism in Pakistan. Asif Butt recited a Revolutionary poem of Faiz Ahmad Faiz. Imran Kamyana described the character of the historically delayed bourgeoisie and explained how it could not accomplish any of the basic tasks of the bourgeoisie democratic revolution. Dr. Lal Khan, in his speech, explained the dynamics and political scenario of Hindustan of 1940’s, he also described the events and revolutionary movements that compelled British Raj to split the region into different parts. He also discussed the reactionary roles of Congress, Muslim League and Communist Party of India. 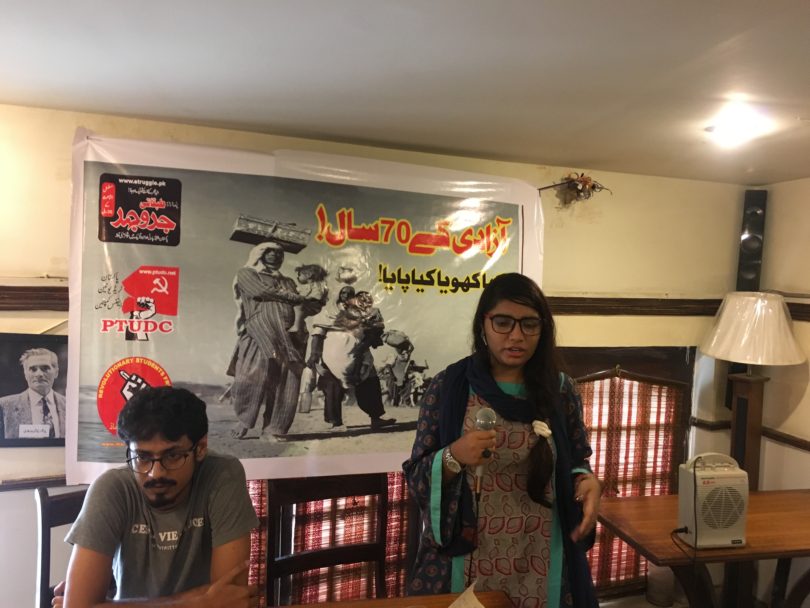 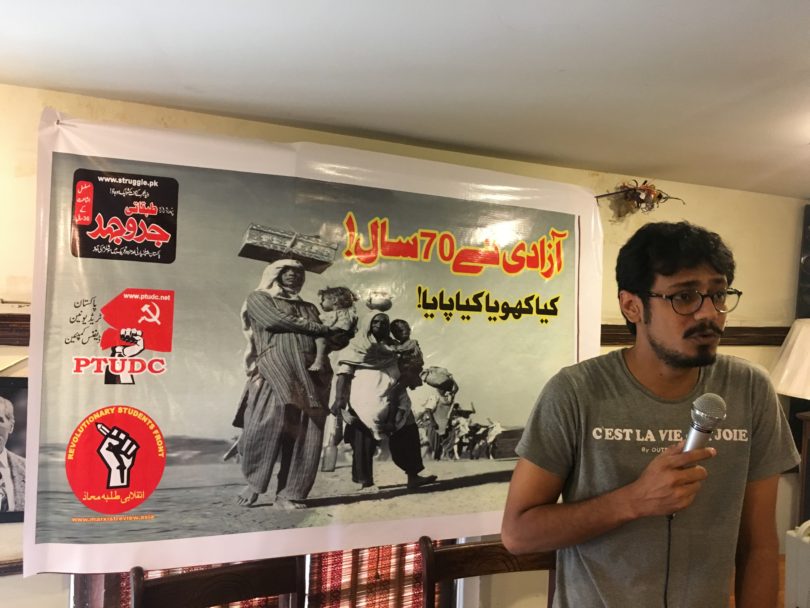 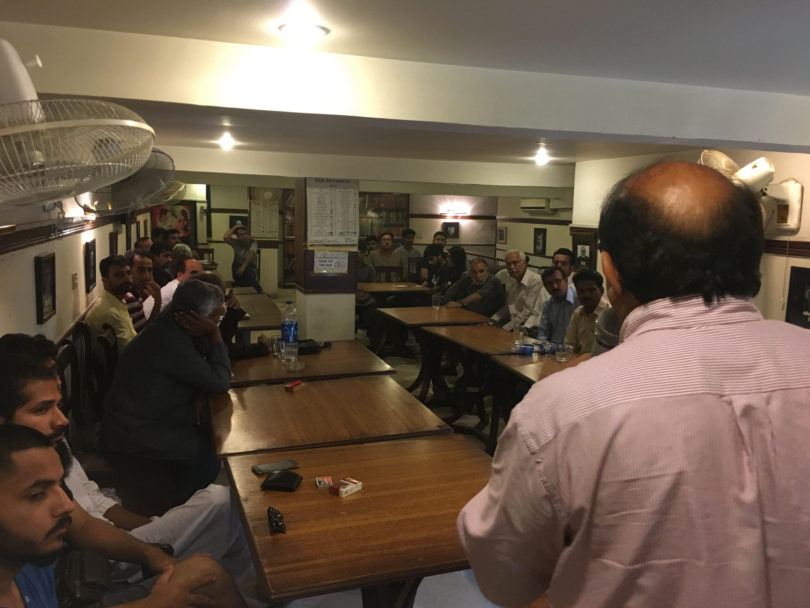 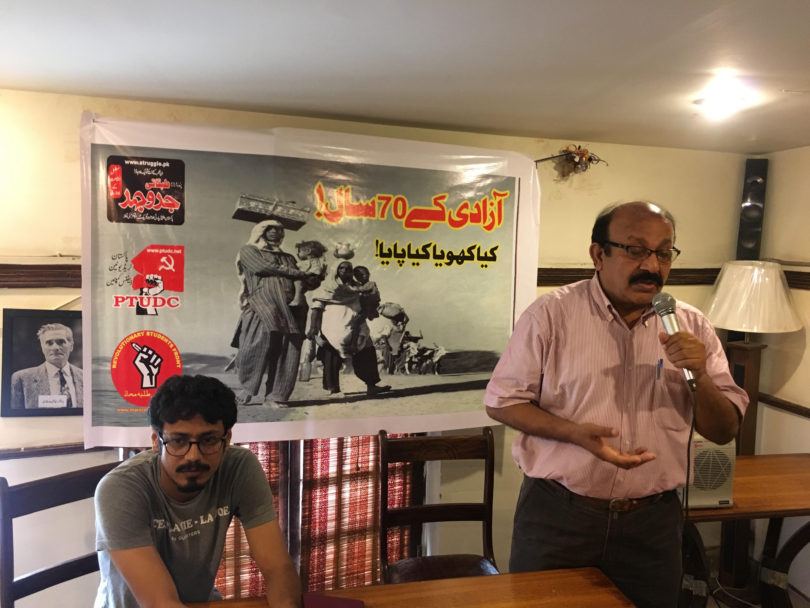 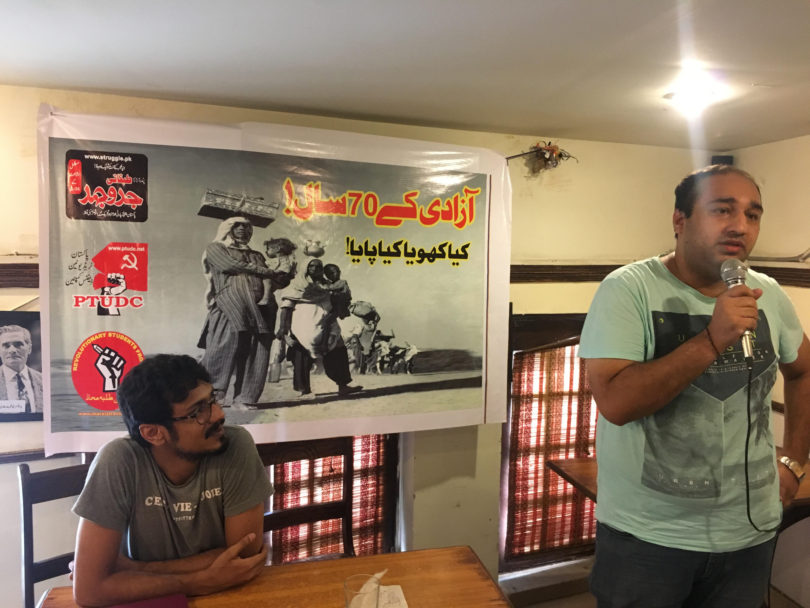 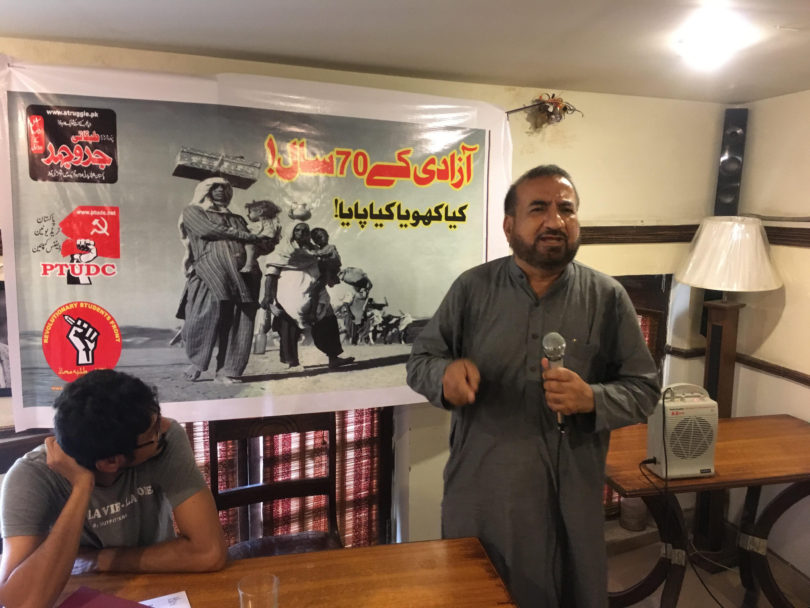 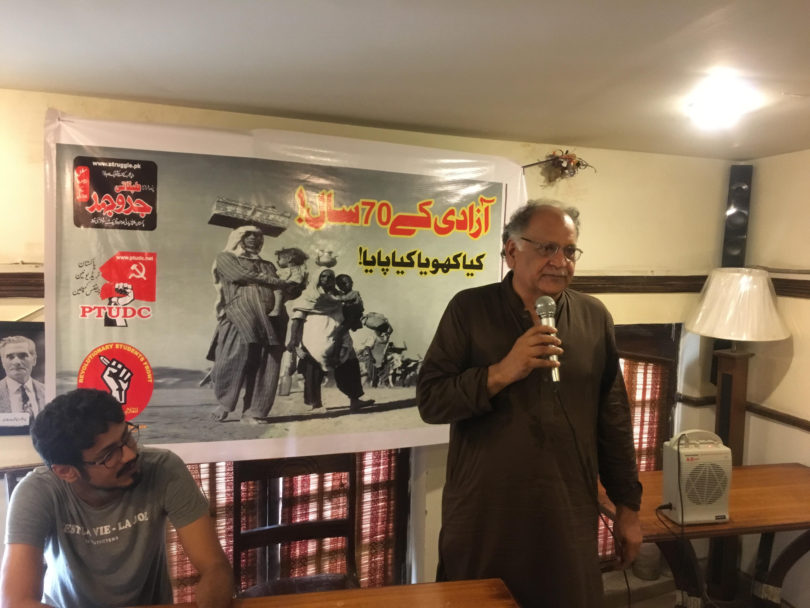 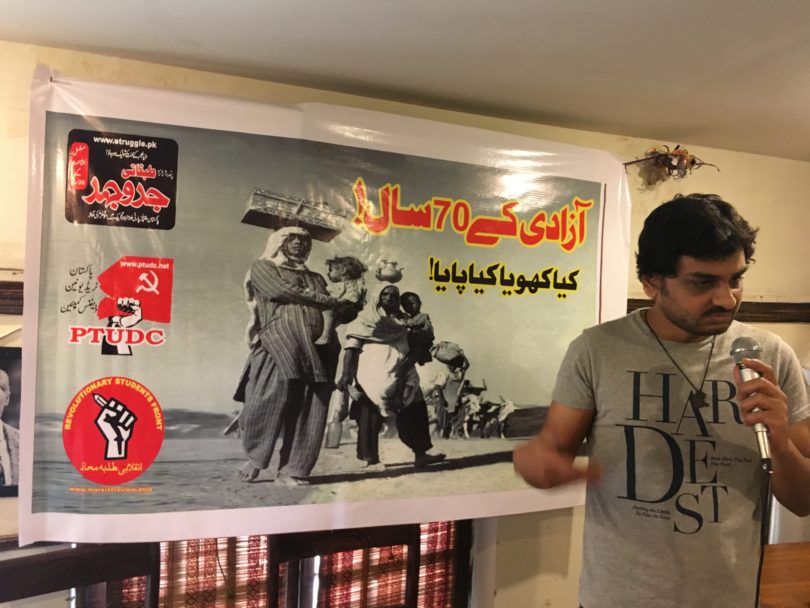 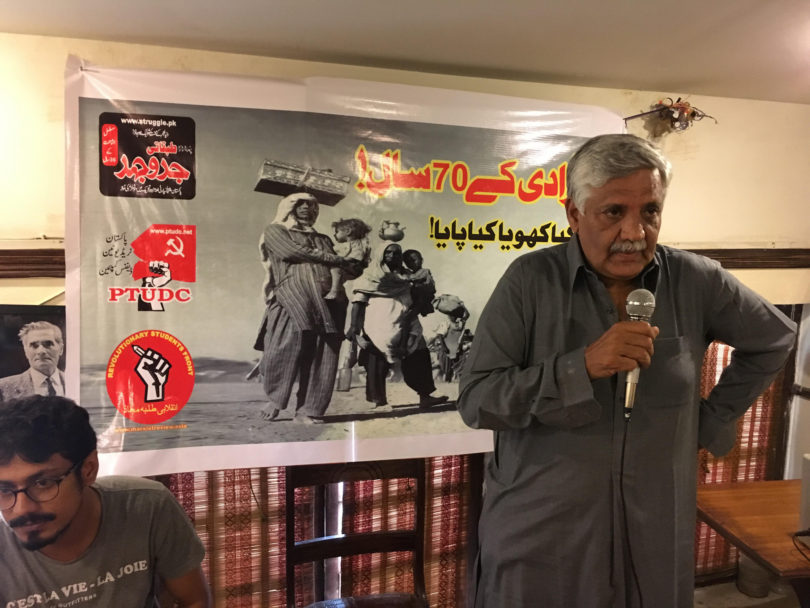 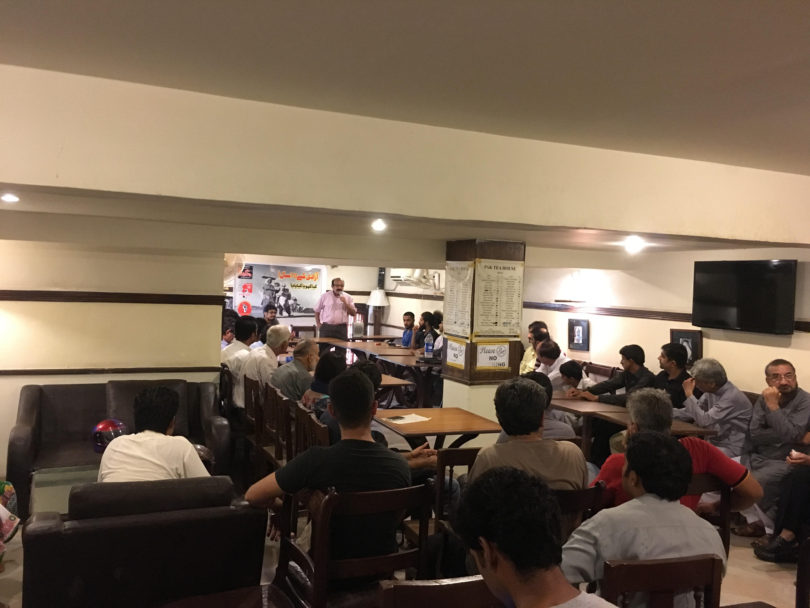