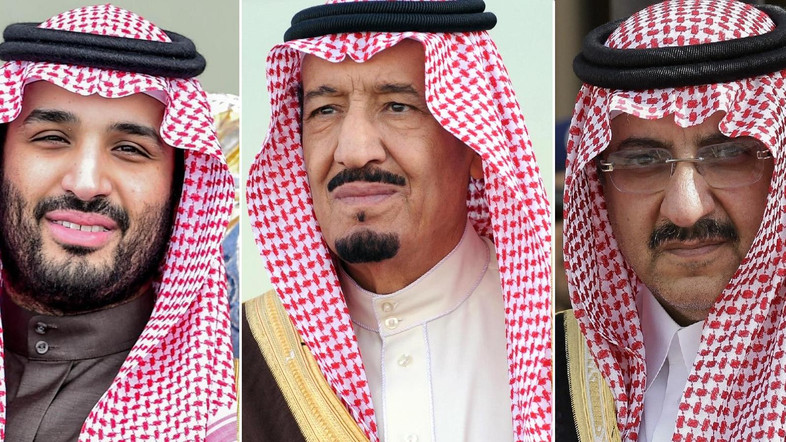 The Saudi King Salman’s midnight decree and removal of his nephew Prince Mohammad Bin Nayef as Saudi Arabia’s crown prince, the interior minister, and intelligence chief and installation of his son Mohammed bin Salman as the heir apparent exposes the internal crisis of the monarchy. These drastic changes in the kingdom during the recent period are primarily due to the deteriorating economic situation particularly due to the collapse of the oil prices in the recent period and the rapidly increasing internal dissentions and fissures opening up within the Al Saud Royal family that has rule Saudi Arabia for almost eight decades.

The Saudi King has facilitated his son to consolidate himself at the helm. Apart from the portfolio of the defence minister he now occupies the position of the deputy prime minister, is spearheading opening up of the economy, privatisation of the world largest and Saudi state oil company Aramco’s shares in order to reign in the massive budget deficit. The sudden shake-up has taken place at a time when the Saudi regime’s brutal and bloody war in Yemen is becoming out of control, the traditional rivalry with Iran has become more fierce and now a tense standoff with Qatar, and a real and genuine spectre of the reasserting of control by the Bashar Al Assad’s government in Syria. The standoff with Qatar could prove to be perilous for the Al Saud monarchs. The Economist wrote on the unreliability of the US support after Trumps latest visit to the Kingdom, “He (Crown Prince) may feel encouraged by the gung-ho way that President Donald Trump has aligned America with Saudi interests, as defined by MBS, supporting the isolation of Qatar against the better judgment of Rex Tillerson and James Mattis, the secretaries of state and defence.”

This change has made Saudi Prince Mohammed bin Salman heir to his father’s throne and gives the 31-year-old son unhindered powers to push through his policies on the economy, foreign affairs and indefinite authority in handling and meddling in the regional conflicts. Even before his formal promotion, the new crown prince was calling the shots in defence, economic and oil policy; According to Bloomberg, “The crown prince has been a very public proponent of a robust Saudi presence in the region.”

Being one of the world’s largest crude oil producers, Saudi Arabia has been hit by a major fall in prices, which collapsed from more than $100 a barrel in 2014 to around $30 last year and remain under $50 today. The crash in oil revenues along with the extravagant state spending mainly on the upper and middle-class Saudi’s has seen the Kingdom’s budget deficit reach record levels. Coping with a 60 percent drop in oil prices in the past three years compelled the government to rely on bond markets as its fiscal losses shot up to about 15 percent of the economic yield. Prince Mohammad with his mantra of ‘vision 2030’ plans to expand the economy into other fields and reduce its massive dependence of about 90 percent on foreign earnings from the production and sale of oil. However, this would be an extremely difficult task. Not just because of the massive investments and expenditures needed to develop other sectors of the economy for which the huge sums from privatisations such as the ARAMCO and other state enterprises will be far short of the necessary targets. The performance of the non-oil sector over the past 12 months was very disappointing as it expanded almost at a zero rate and officials have conceded it will be tiny in 2017, perhaps 0.5 percent. The problem, the Crown Prince and his expensive western advisors face is that they are trying to develop and industrialise a country in an epoch that has witnessed a huge decline in capitalism on a world scale. At a time when the production is falling even in China and the western capitalist countries are struggling for investment funds, the vast deserts of Saudi Arabia cannot be developed into modern industrialised societies under this system in terminal decay. What the Crown Prince is proposing is nothing new at all. Prince’s reforms are another name for neo-liberal economics hat has wrecked havoc in the western world with the crash of 2008.

Saudi Arabia’s monopoly on the world oil market has been cut by the US shale oil extraction. The Saudi’s are the largest oil producers amongst the OPEC countries and under OPEC’s pressure last year Saudis agreed to cut production in the hope of raising prices. But the American’s increased shale oil production keeping the prices at bay. These low oil prices along with an increasingly costly war in Yemen have aggravated the crisis of the Saudi economy leading to cuts in state spending, falling pay scales and benefits even for the Saudi state employees and new fees in education and health sectors, cutting subsidies on fuel, water and electricity have further curtailed consumption and reduced the economic cycle. The budget deficit in 2016 was more than $100 billion. Foreign reserves have fallen by more than 25 percent since oil prices started to fall in 2014. Saudi loans from foreign banks have sharply risen and the state is trying to borrow more from the global bond and financial markets.

The government has abruptly cut construction projects, forcing contractors to lay off workers. There has been a backlash from the migrant workers mainly from Pakistan and other poor Asian countries with protests that often turn violent due to the severe repression of the state. The water bills shot up so severely in April that the backlash of the population forced the government to sack the minister for water and electricity who had said that, “the people should dig their own wells if they were so displeased with price hikes.”

A recent report by the Oxford Gulf and Arabian Peninsula Studies Forum said, “If you’re a Saudi, you’ve grown up with that expectation of the financial largesse that’s dished out…Things are likely to get more difficult for the government in terms of managing frustration from the everyday people.” Saudi Arabia’s population has nearly doubled since 1990 with half of the people younger than 25. An estimated 300,000 young people enter the workforce every year. Spending cuts by the government mean further reduction in growth rates and even lesser employment opportunities.

This stark economic and social crisis is the basis of the regime’s policy of deporting and sacking the immigrant workers. Replacing them with locals will not be an easy task as the relatively large middle classes of native Saudis have had little experience and lesser willingness to work particularly in construction jobs in temperatures above 50 degrees centigrade and other menial jobs that were assigned to the workers of the poor lands. However this policy of ‘Saudization’ has been pursued for almost three decades and has failed again and again. Since the 1980s number of migrant workers has swelled from roughly one million to ten million. With no other way out of this system’s crisis, the regime is pressurising the ministries and companies even harder to expel these foreign labourers. Foreign workers cost less, are forced to work longer hours in harrowing conditions, hence the corporate companies prefer them for higher returns and rates of profit.

Although Saudi Arabia has the largest petroleum reserves in the world, it’s per capita income dropped from approximately $18,000 at the height of the oil boom (1981) to $7,000 in 2001. Estimates of the native Saudis living below the poverty line vary between 12.7% and 25%. According to some reports in 2013, there were between 2 million and 4 million people living on about $17 a day – considered the poverty line in Saudi Arabia. The regime is overtly worried about the social unrest and even mass eruption with this aggravating socioeconomic crisis. In the decrees announced last Wednesday nominating the Crown Prince and removal of Nayef, there were some socioeconomic concessions also declared to pacify the seething discontent in society. The King’s decree ‘reinstated all allowances and bonuses that were cancelled or suspended to civil servants and military personnel’.

Most analysts are sceptical about how the new Crown Prince will handle these burning social, economic and foreign policy issues. A Bloomberg analyst wrote, “Given who’s calling the shots in Riyadh and Washington, it is not really a question of if but rather of when a new escalation with Iran starts…Under his watch, Saudi Arabia has developed aggressive foreign policies and he has not been shy about making strong statements against Iran.” Such is the low level of confidence and pressures within the Royal clan that the decree didn’t appoint a new Deputy Crown Prince, the post of second in line to the throne was left vacant.

Saudi Arabia and other monarchical despotic regimes in the Gulf just managed to survive the onslaught of the 2011 mass upheaval in the Arab world with a combination of massive concessions to their tiny populations on the one hand and brutal repression on the other as in the case of Bahrein. However, they cannot afford to function in the old ways. Despite the relative calm on the surface there have been accumulating contradictions that can erupt sooner rather than later. The cuts and austerity measures can be the sparks that could trigger such revolts. The Economist wrote on the Saudi shake-up, “Oil is likely to remain cheap for a long time, the politics of religion are tearing up the region, and many Arab states have collapsed into civil war. Yet rule by a callow, hot-headed prince could be just as dangerous as stagnation under a gerontocracy.”

The so-called stability in Iran, Egypt, Israel and all other crucial states in the region are fragile and can break down with any explosive event erupting in society. Wars usually give birth to revolutions. The strategists of Iran, Saudi Arabia and other regimes are aware of this fact. Hence they have been resorting to proxy wars fighting their feuds in mainly other people’s lands. But in any case, a major eruption from Morocco to Jordan can spread throughout the region faster than the 2011 uprising. But the masses can only be emancipated from these wars, bloodshed, subjugations and socioeconomic coercion by the transformation of the system that has brought them into these catastrophic conditions. Only through a socialist revolution, the task to salvage the peoples of the Middle East in this twilight of capitalism can be accomplished.