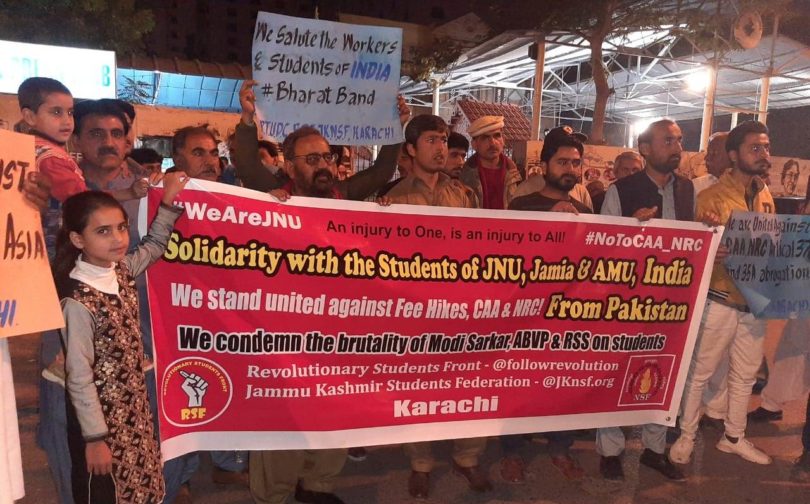 On Thursday 9th January 2019, Revolutionary Students Front (RSF) and Jammu Kashmir National Students Federation (JKNSF) organised a rally from Panorama Centre to Karachi Press Club in solidarity with the Indian Workers and Students. The rally was attended by a huge number of students and workers from different educational institutions, trade unions and professions. Indian students and working class are protesting against the new laws, CAA and NRC, introduced by the Modi government. The students of JNU, JMI and AMU have had to face severe violence and repression by the police.

RSF and JKNSF organised a protest rally against this barbarism of the Modi government in which students and workers chanted slogans, “Asia Surkh Hai”, “Inquilaab Zindabad” “Red Salute to the Struggle of Indian Students”. Students held placards and banners which had solidarity messages written on them. The rally ended at the Karachi Press Club where Hatim Lund, Organiser RSF Karachi, spoke to the participants and paid tribute to the students’ struggle of both sides of the border. 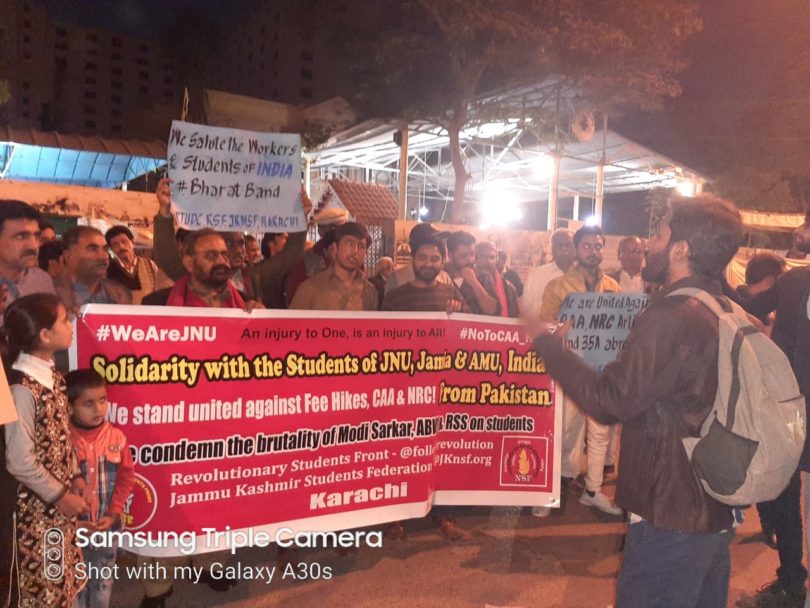 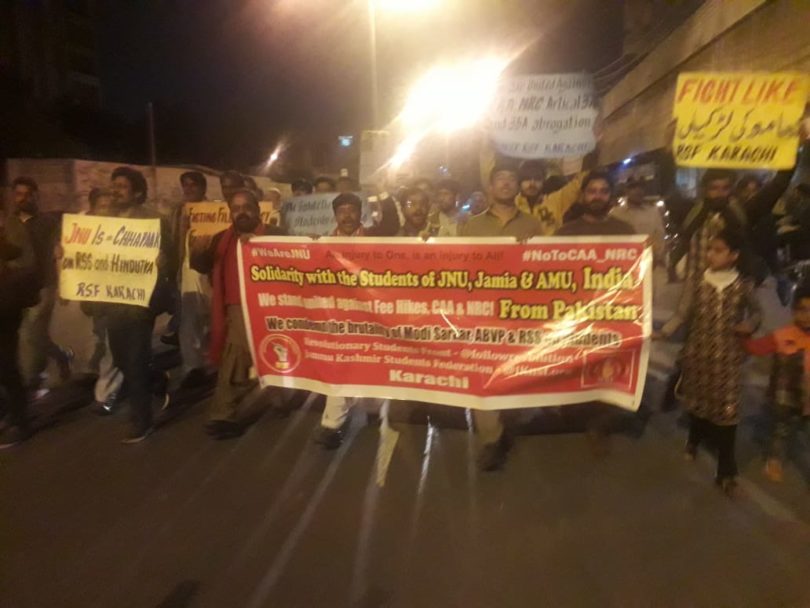 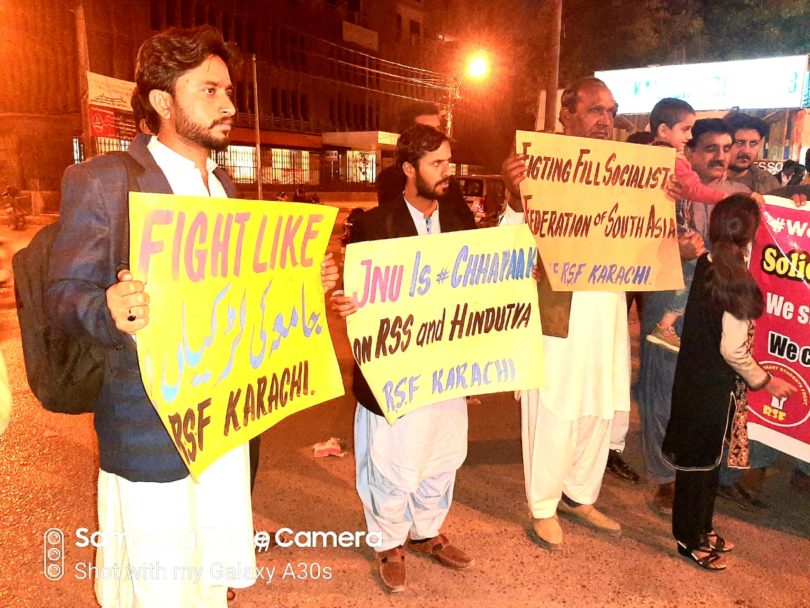 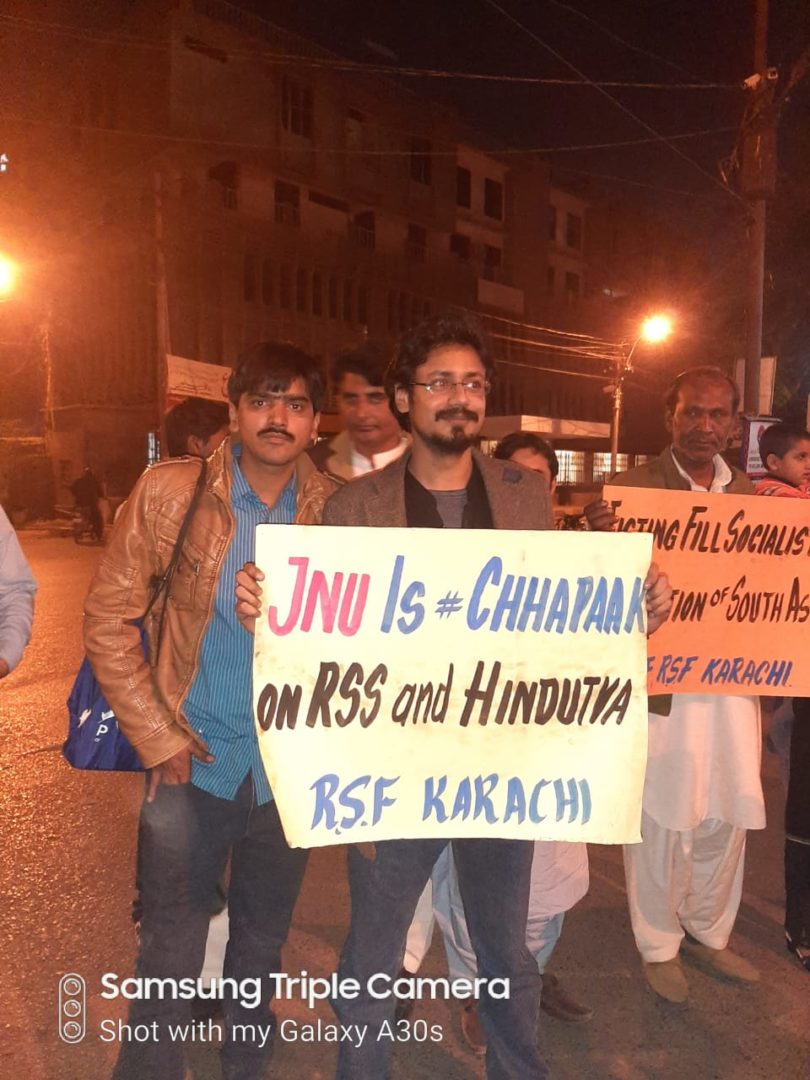 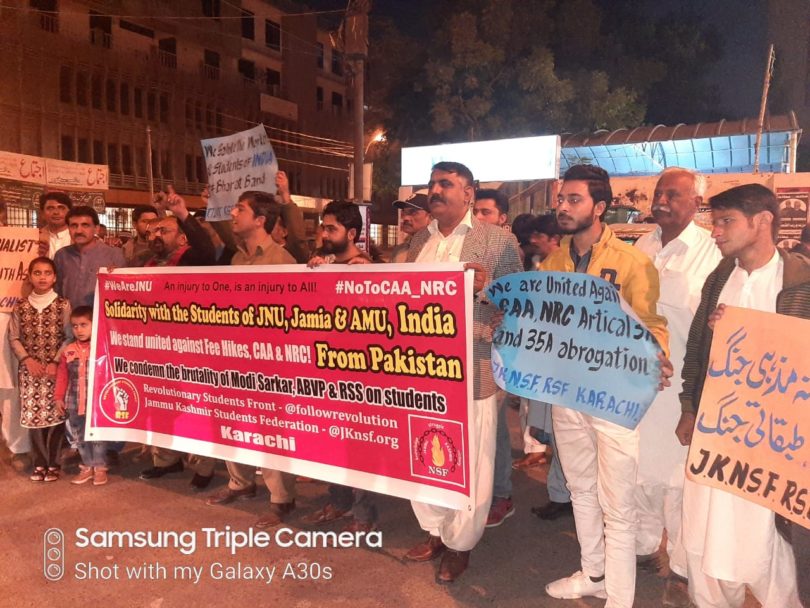 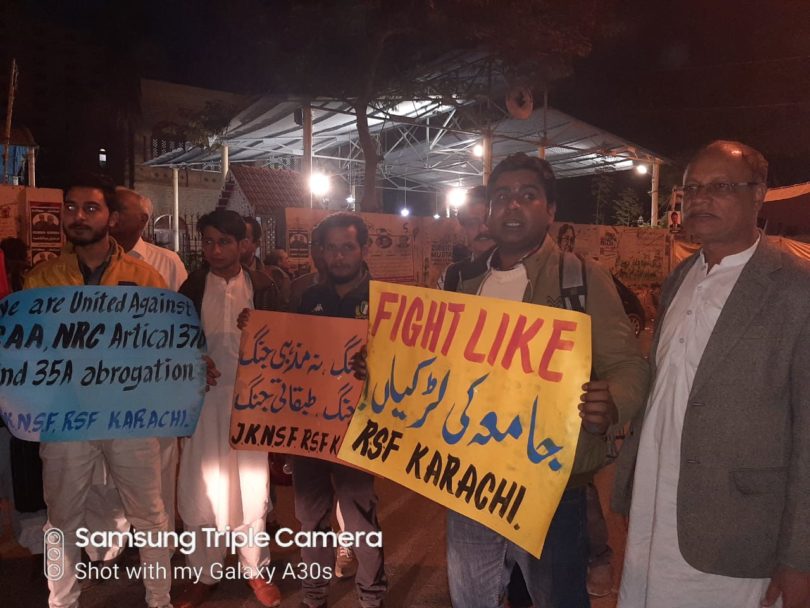 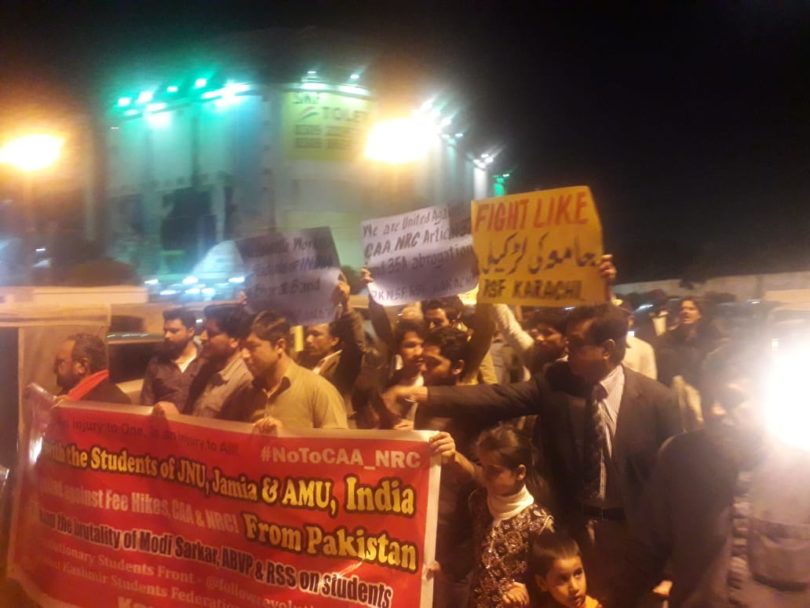 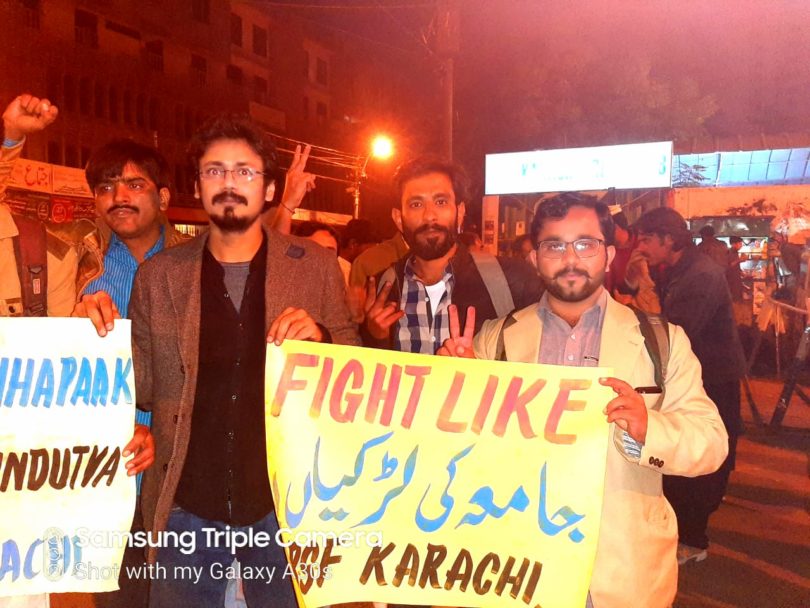 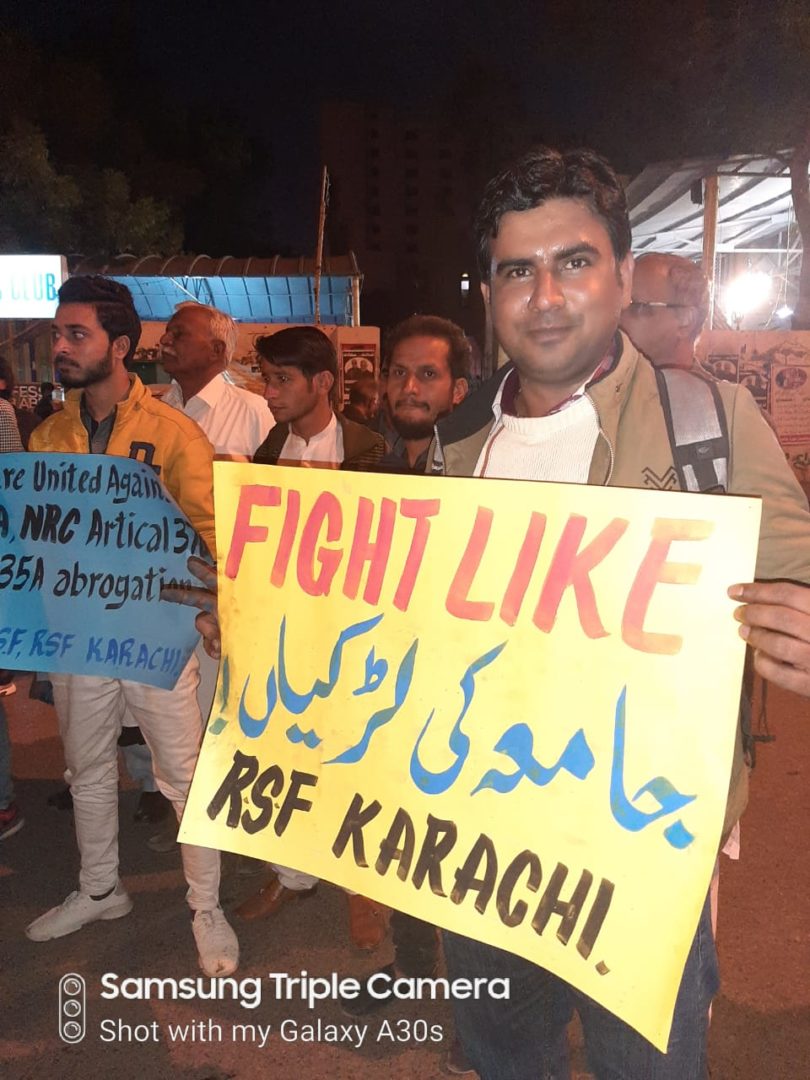