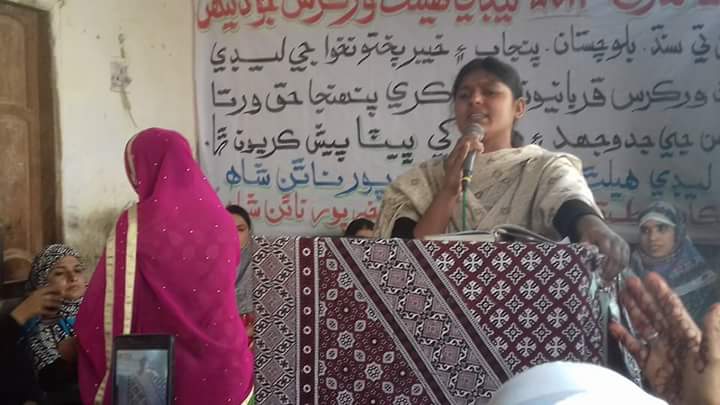 The seminar was chaired by Fatima Malah. The seminar was opened by a revolutionary song from Sindhu Malah. Ijaz Bhagio was invited to welcome the audience. While shedding the light on the historical struggle of lady health workers he highly appraised their irreconcilable struggle. And he briefly discussed the strategy and goals of PTUDC. After that, Lady Health Workers spoke regarding their 23, March 2011 struggle and explained the atrocities they faced, and what they gained during that struggle.

While delivering speeches, Ameeran Bhagio, Noor Bano, Hawa Garhi, Shabana Konharu, Rukshana Abbasi, Rabia and Arbab Garhi said that we need to struggle for regular jobs and to launch a campaign to raise the minimum wage. We want the government to provide security due to the ongoing wave of terrorism. They said our struggle began during the Musharraf’s Dictatorship and we gained strength with the passage of time. On 23 March 2011 all across the Sindh, lady health workers blocked the roads and protest. On that particular day police started shelling upon lady health workers, but we refuse to submit over gains from that strike. 23rd March is a day of struggle, and we will celebrate this day of struggle every year. After that, lady health workers performed tableau regarding the difficulties they face during their duties and it was highly appraised by the audience. Atif Malah from Awami Tehreek, Comrade Somro, Shazia and Sadaf from Chandka Medical College Larkana expressed their views and paid tribute to the struggle of Lady Health Workers. At the end,  Noor Bano read the press conference of 23, March 2011. And she announced that we will organize such type of programs with PTUDC for our rights. 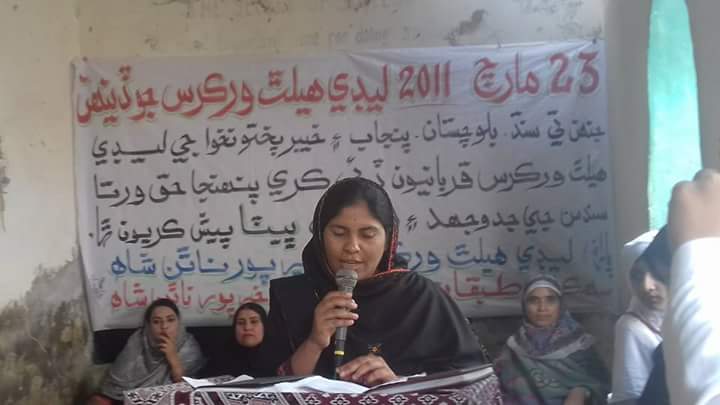 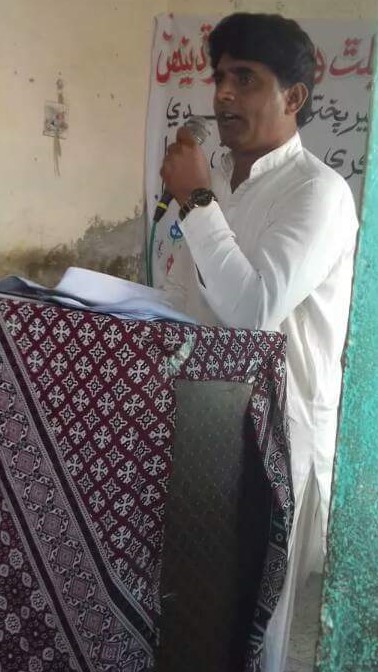 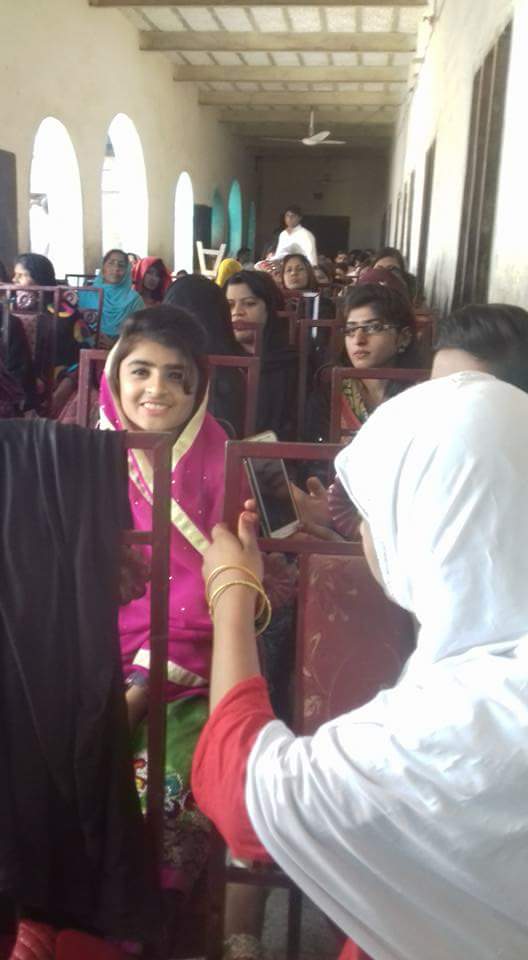 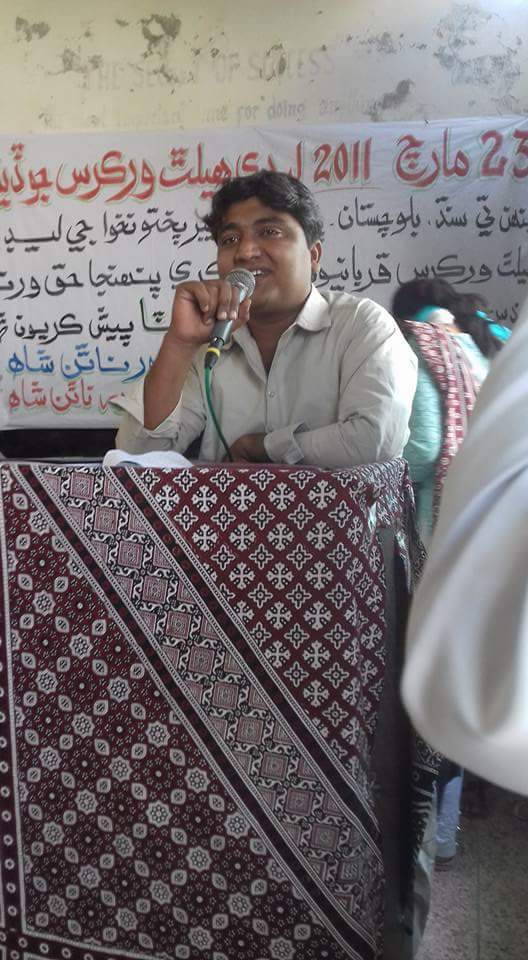 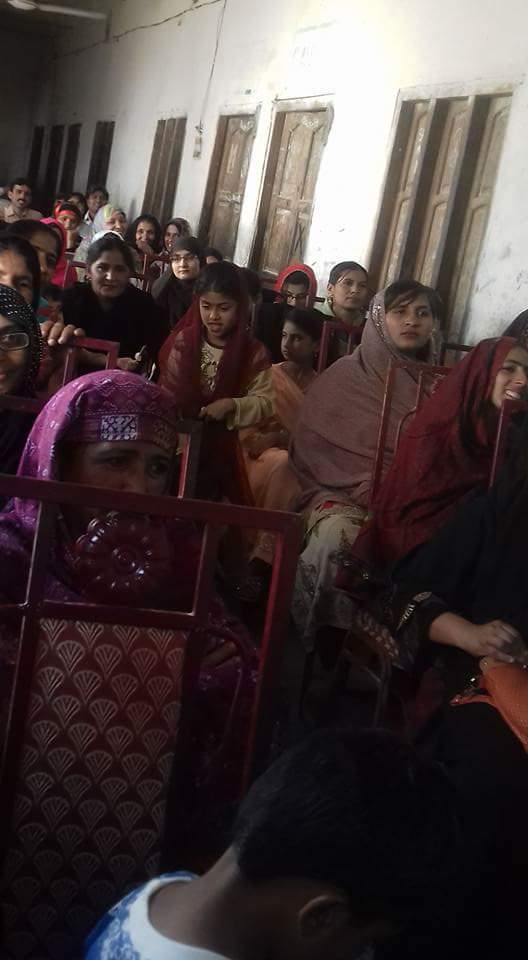 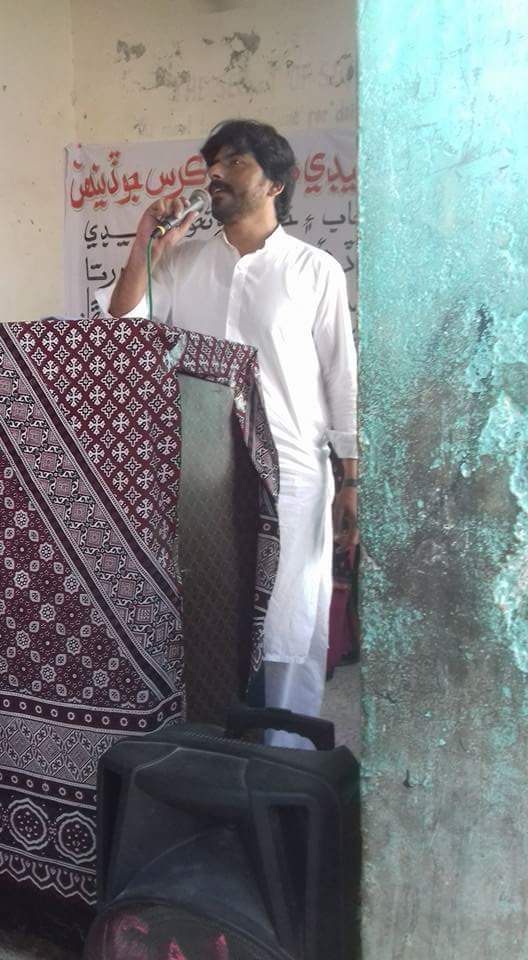 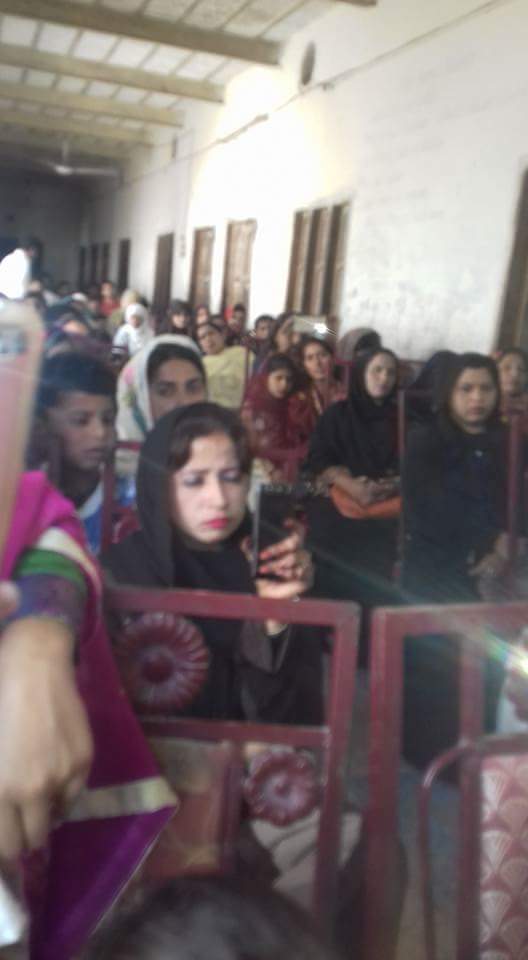 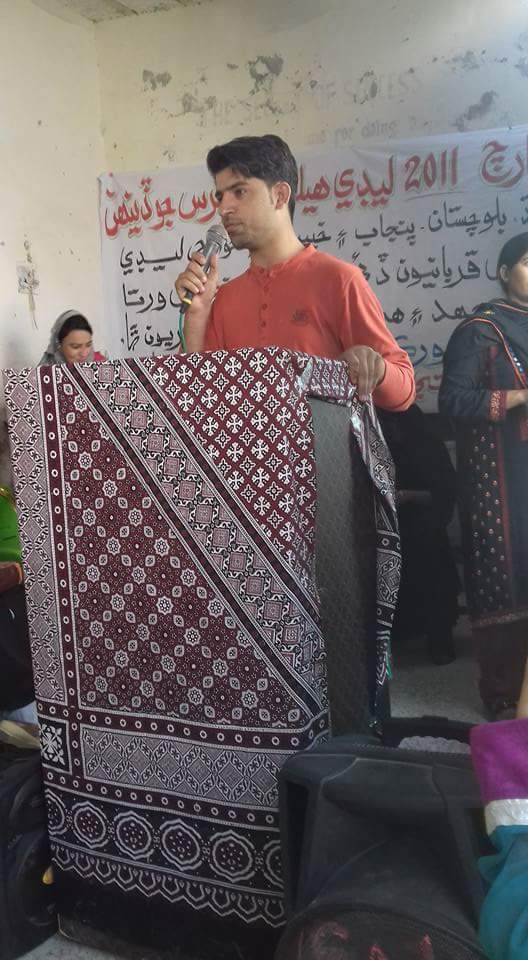 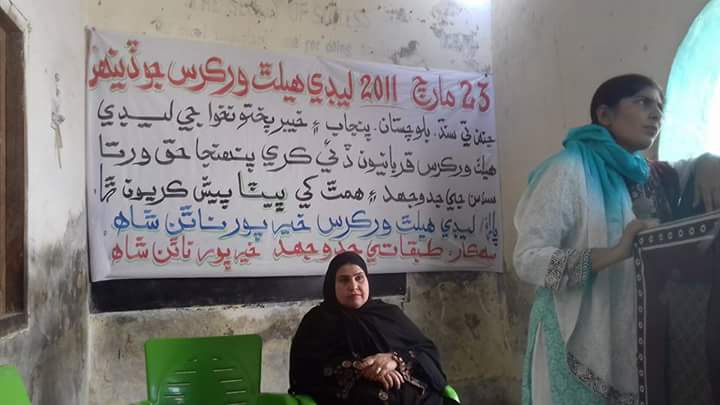