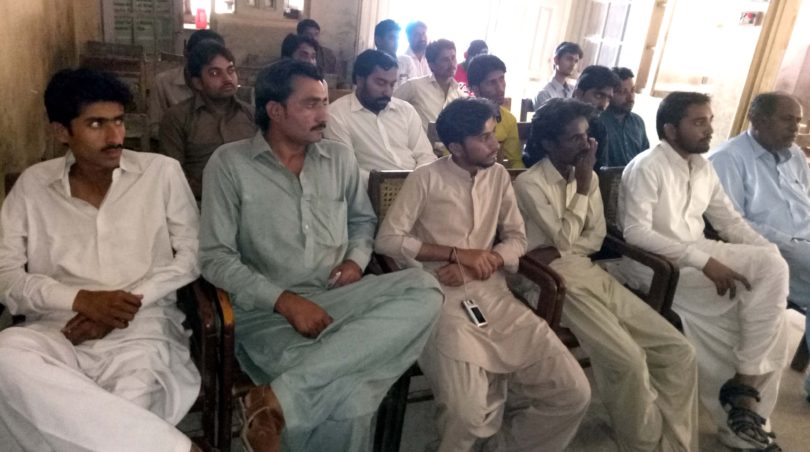 On the death anniversary of Shaheed Bhagat Singh, a lecture program was organized by Revolutionary Students Front (RSF) and Unemployed Youth Movement (BNT). The theme of the program was “Bhagat Singh’s Legacy”. It was attended by a large number of students and youth from different colleges and universities. The program was chaired by Haji Shah. While delivering the lecture Dr. Vinod Kumar Said, Bhagat Singh and his comrades fought an irreconcilable struggle against British Raj. Although he has been depicted as a nationalist by right-wing intellectuals and historians, but on the other hand he fought for the oppressed masses and emancipation of the working class. He stood for Socialism till his last breath. British Imperialist and local ruling elite was terrified by revolutionary tendencies of Bhagat Singh and his comrades. Today, the ground realities and situation is same as Bhagat’s times, even become worse with the decay Capitalism. We need to organize youth and students to build a momentum to intervene in the revolutionary movements. After the lecture, questions were included in the debate. After that, Nathu Mal, Kapil, Akram Misrani, Hanif Misrani and Rahul contributed and matured the discussion and paid tribute to Shaheed Bhagat Singh. At the end, Dr. Vinod Kumar summed up the program. 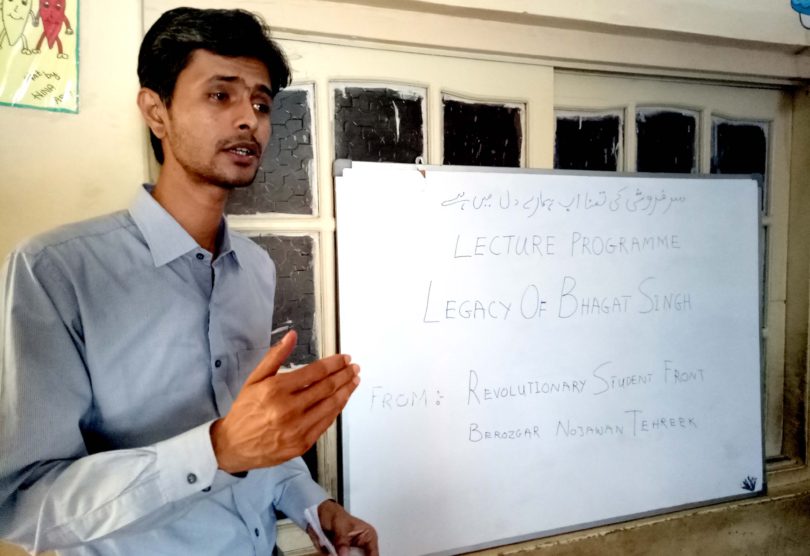 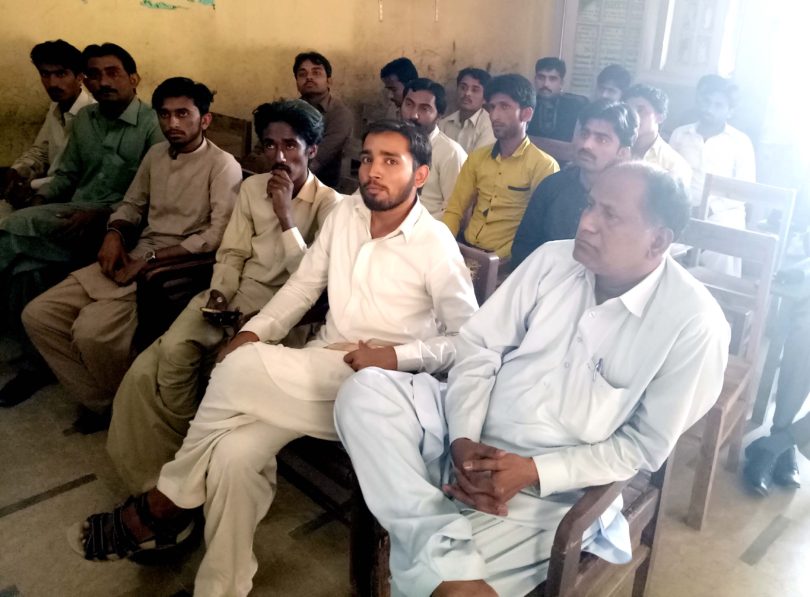 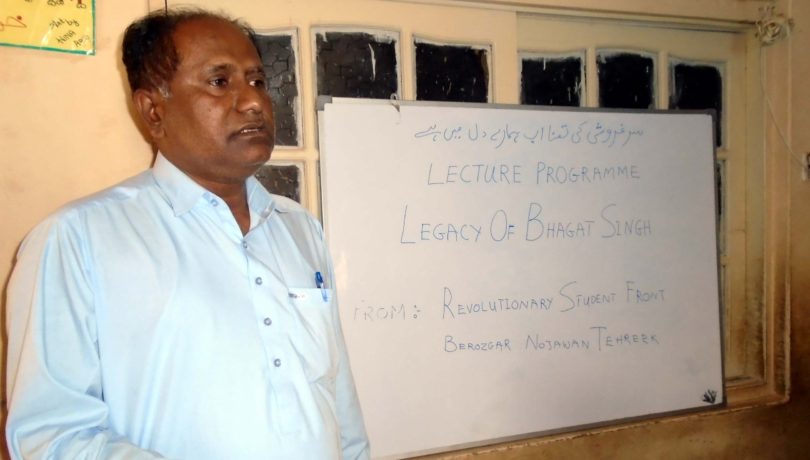 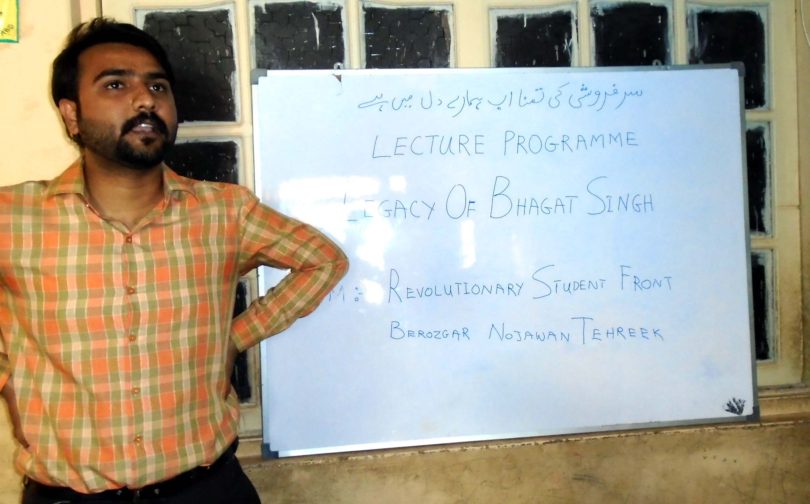 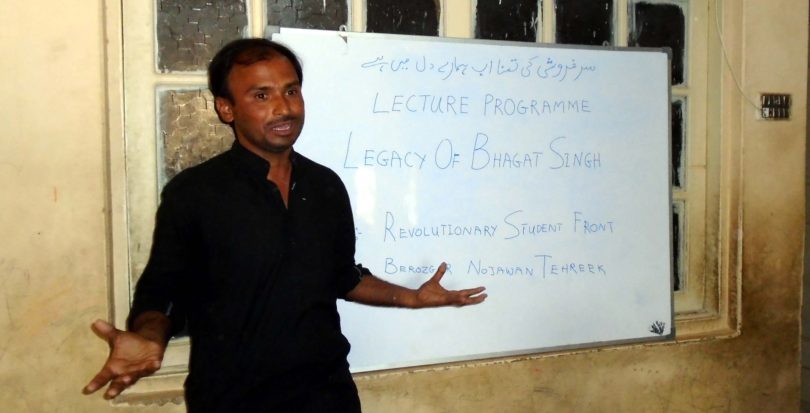 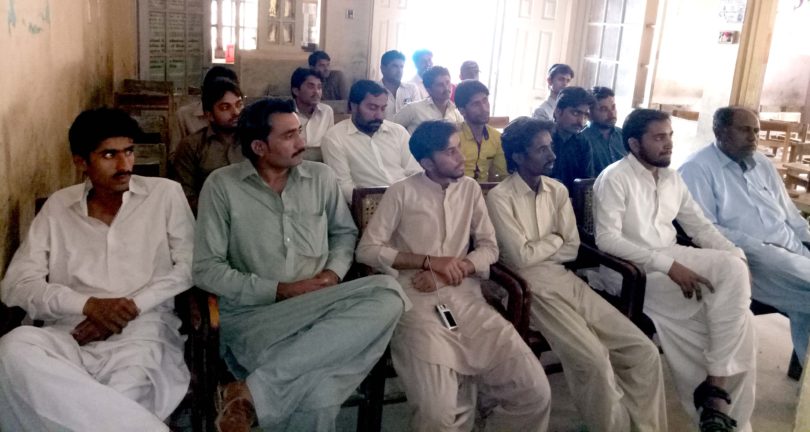 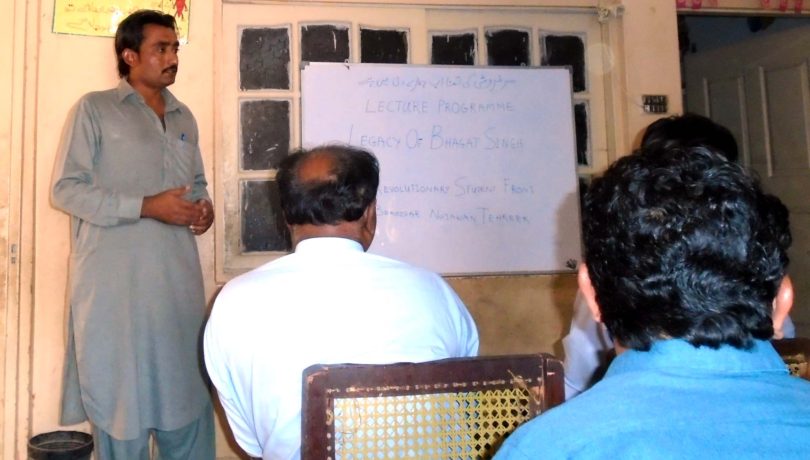 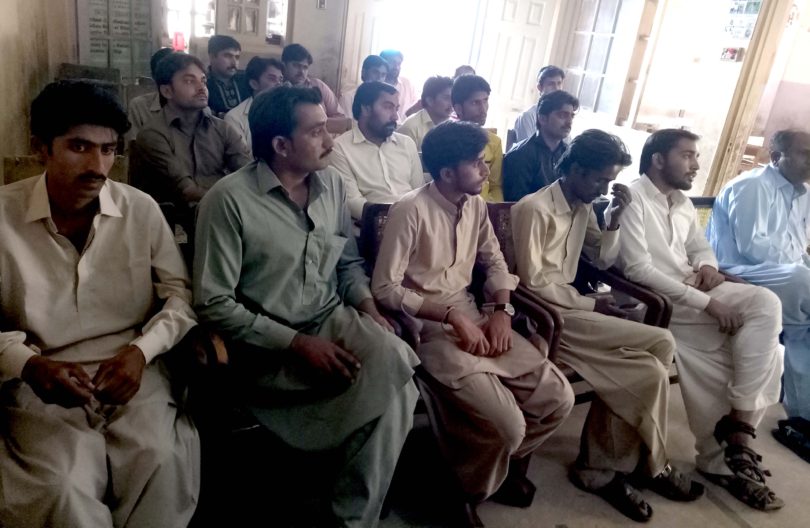