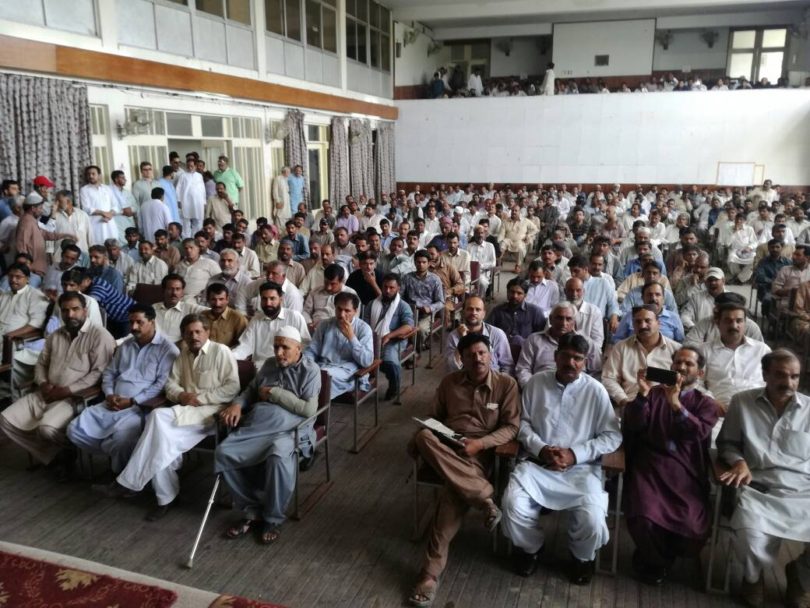 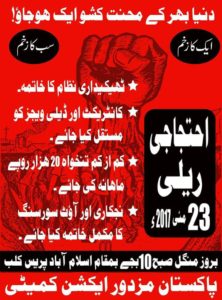 The meeting was attended by a large number of workers and a complete strategy of all the unions was discussed for the protest, that is going to be held on 23 May 2017 in front of Parliament. The meeting was presided by Chaudhary Yaseen, Secretary CDA Workers Union. Speakers said that we need to get united to defend the interest and the rights of the working class. All the unions will participate with great enthusiasm and full strength to continue the struggle of working class. At the end of the program leaflet and posters were finalized by the committee. It was decided that all the unions would participate with their banners. 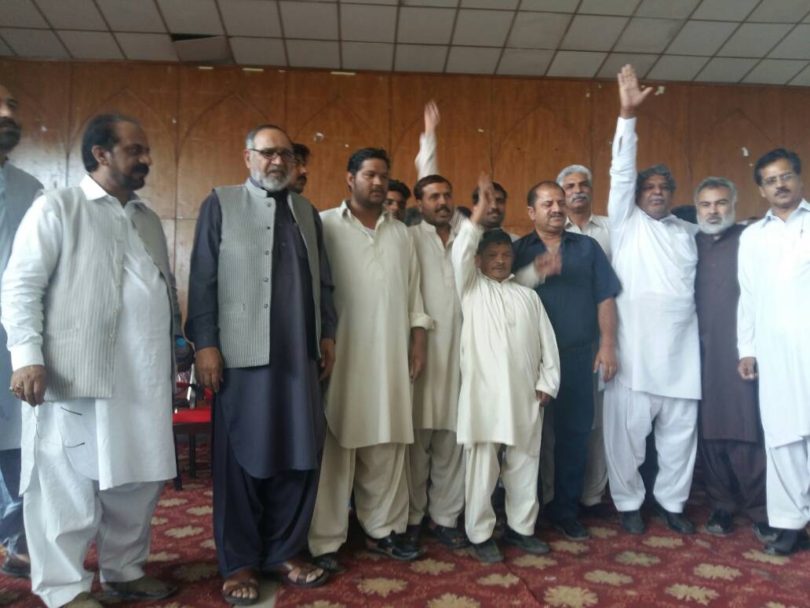 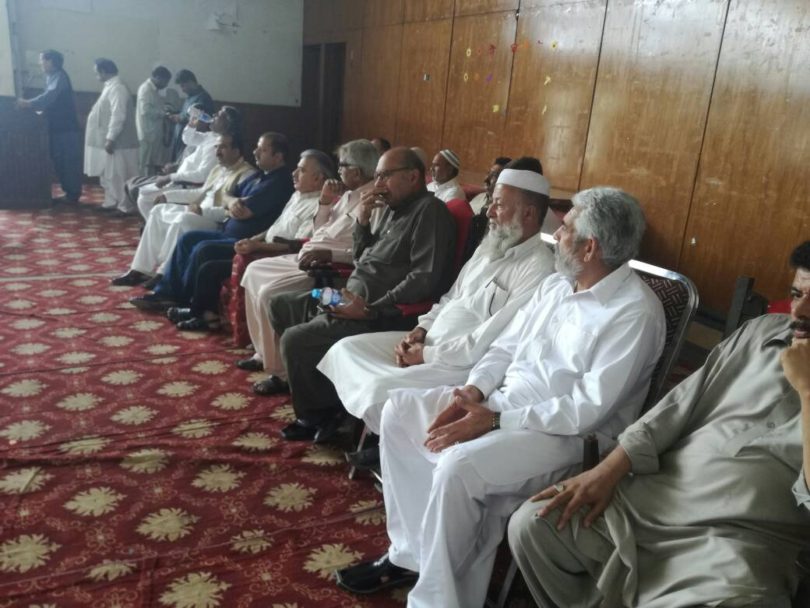 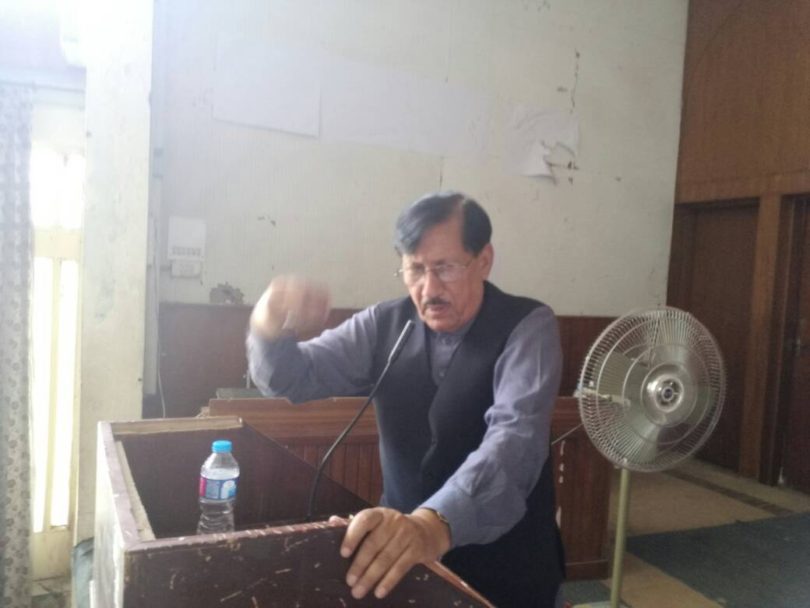