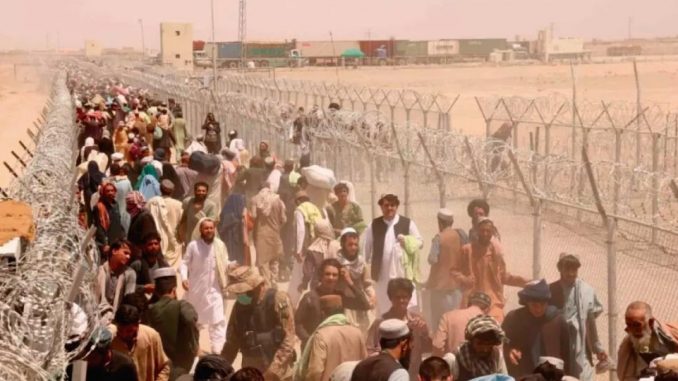 ISL Declaration on Afghanistan: Against Taliban barbarism and imperialism,
solidarity with the working people and the women of Afghanistan

After the September 11 attacks, the Bush administration and its international accomplices invaded Afghanistan and began the “war on terrorism”. Seemingly, the aim was to clear the radical Islamist organizations like the Taliban and Al Qaeda in countries like Afghanistan and Iraq and to bring so-called democracy and freedoms by overthrowing dictators like Saddam Hussein. However, the example of Afghanistan clearly shows that nothing but lies and hypocrisy should be sought under the fancy words of imperialism.

At the end of the 20-year war, which has claimed countless lives, the fate of the country of 38 million was left to the ultra-reactionary Taliban regime. While the Taliban were capturing Kabul, imperialists collaborators such as Ashraf Ghani and warlords such as Rashid Dostum and Ata Muhammed Nur fled the country without looking back, tens of millions of people’s worst nightmares have become reality.

US Withdrawal from Afghanistan: Horror after Terror

After the Saur revolution of 1978, the CIA began to train militant Islamists in the region, deepening this policy after the Soviet invasion the following years. Jihadist fanatics were trained, equipped, and financed by the United States and its partners. Years later, these fanatics organized a sectarian bloodbath in Muslim countries. These dark forces are also used as excuses for imperialist interventions. However, it was clear that for the United States and its partners, the burden of the war in Afghanistan had become meaningless. The imperialists, who have turned the country into hell for 20 years under the pretext of fighting Islamic terrorism, found the solution in reconciling with the Taliban.

Last year, the US administration signed the “Agreement for Bringing Peace to Afghanistan” with the Taliban, with the mediation of Qatar. The Biden administration, which remained loyal to this agreement, was trying to reassure the public that the Taliban, which has a group of 75,000 fighters, had no chance of success against the Afghan army of 300,000, equipped with the support of imperialism. However, we have clearly seen how the Afghan army crumbled after the US decision to withdraw, and how those who were rich with the spoils of war fled. In this respect, we have to underline that the US and its international imperialist partners are drowning in the Afghan quagmire. This also shows that the US, which has assumed the leadership of imperialism since World War II, has lost its momentum and cannot produce alternatives.

However, the US and its allies are trying to shape their failures in a way that brings new imperialist showdowns and new equations to the agenda. Many imperialist powers, both global and regional, including Afghanistan’s neighbouring countries, have their intervention in the evolving situation in Afghanistan. China, Russia and others see an opportunity to solidify their position based on their longstanding relationship with the Taliban, while the US seeks to reposition after its defeat and establish some relationship with the new regime. Authoritarian-Islamist figures like Erdogan, on the other hand, declare the Taliban almost as brothers. To the extent that the Taliban comply with imperialist plans, the oppression of women, children, and anyone who does not obey is never a problem for the so-called “democratic world”. Apart from this, the issue of who will share the drug traffic and revenues spreading from Afghanistan to the world is also on the agenda of the US.

Those who do not want to accept a future in Afghanistan with the Taliban are in the majority.  Especially women have already started to raise their voices against the Taliban.

The videos showing the people trying to flee the country by clinging to the wing of an airplane have proven once again how urgent the building of a revolutionary vanguard is. The existence of a revolutionary subject who could have come forward and taken the lead in the struggle against Taliban barbarism in a context in which the bourgeois order had collapsed and bourgeois politicians were looking for a land to escape to, would have completely changed the equations not only in Afghanistan but also in the entire region. History is full of opportunities as well as defeats. If there was a revolutionary organization that could organize the resistance against the Taliban in Afghanistan today, it could grow rapidly and become the vanguard of the people. As the ISL, we are aware that we have a historical responsibility to be ready for these opportunities with the international revolutionary vanguard that we build.

The working people and the oppressed in the Middle East should also understand from the experience of Afghanistan that imperialists can never be relied on. The only concern for the US and its partners, who are marketing their dreams of democracy, is their imperialist interests. Therefore, the working people and the oppressed can only rely on their own organization and solidarity against poverty and tyranny. The most concrete form of this is to perpetuate the revolution against local dictators, capitalism, and imperialism based on international socialist unity. The unity and struggle of the workers is the only way out.

As ISL, we declare that we are in solidarity with Afghan labourers, women and the poor and we call for the broadest mobilization against the Taliban’s barbarism.