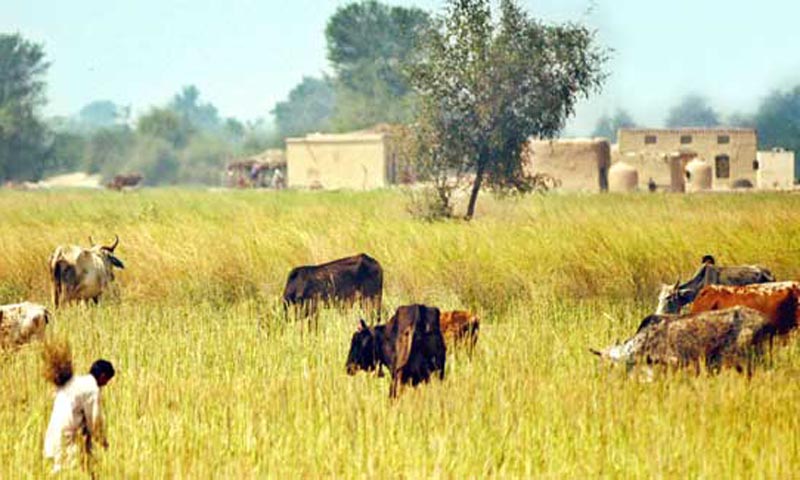 For quite some time now several so called secular parties, especially the MQM, have been campaigning around the idea that feudalism is the real cause of the country’s plight and its abolishment is the only solution to Pakistan’s tribulations. Their endeavour is in fact mainly to defend the petty bourgeois businesses and the Mafia capitalism on which they rely for their social and economic basis.

This cliché has been in vogue for decades. The ex-lefts and the liberal intelligentsia have been analysing Pakistan as a feudal society and defining the solution in the accomplishment of the national democratic or the bourgeois revolution for the development of the country.

However, in the last sixty-five years the Pakistani capitalist elite has failed to abolish any of the vestiges of feudalism and the conservative mindset related to it. All the signs are that the present ruling classes and this crisis ridden capitalism will never be able to abolish what they call “feudal relations”.

At the same time, to define Pakistan as a feudal society is simplistic and erroneous if one looks at the socio-economic basis of this society. The patchy and emaciated capitalist relations have penetrated deep into the debilitated feudal structures of society.

Precisely due to their historical belatedness and economic and technological weakness together with their fragile nature, the ruling classes of Pakistani capitalism have failed to abolish the remnants of feudalism. On the contrary, they have incorporated the semi-feudal landlords into the elite and created a hotchpotch of semi-capitalist/semi-feudal political economy. This has distorted the social and economic infrastructure and intensified the contradictions, creating a ravaged culture that is wreaking havoc on the ordinary inhabitants of this land.

However, the historical truth is that classical feudalism that was part of the historical evolution of Europe never became a completely dominant social system in the South-Asian subcontinent. What we had here in the past was the Asiatic Mode of Production, also known as Asiatic despotism. This system that prevailed for thousands of years – till the advent of the British – was devoid of the individualistic ownership of the vast landed estates, as was the case in the rise of the European feudal aristocracy.

In the Asiatic form (at least, predominantly), the individual has no property but only possession; the real proprietor, proper, is the commune – hence property only as communal property in land. The Asiatic form necessarily hangs on most tenaciously and for the longest time… that there is a self-sustaining circle of production, unity of agriculture and manufactures, etc.”

The irony was that this self sufficient system of the commune isolated it from the other rapid developments around the world and its tools and modes of production remained obsolete. Whereas the commune in this Asiatic despotism provided a relative egalitarianism, its isolation was the cause of its primitiveness that made it ripe for the innumerable foreign conquests. However, for a long period of history, most of the conquering tribes and invaders were of a relatively lower cultural level and were therefore absorbed into the local culture that was the product of the fertile land and the flowing rivers of the subcontinent and richness of its agriculture.

It was the British who were the first invaders that did not get absorbed into this culture as they had gone through an industrial revolution and renaissance which not only gave them a technological and military advantage but also imparted a rather higher level of culture. Thus feudalism in the subcontinent was grafted onto the previous system by the British raj, mainly to consolidate their colonial rule through the policy of divide and rule and to create subservient local elite.

This process started with the bill on ‘permanent settlements’ introduced in the Bengal parliament in 1793. From Bengal this policy was spread across the colonised subcontinent and the landlords in Pakistan today are not really “ancestral” but were granted large swathes of land by the British due to their connivance in the suppression of the liberation movements of the masses and their betrayals.

After the creation of Pakistan the nascent bourgeoisie found itself in a weak position to carry out the agrarian revolution and other tasks of the national democratic revolution. The imperialists tried to develop Pakistan as a capitalist state like South Korea and Taiwan where the industrial revolution was carried out under the jackboots of US general Douglas MacArthur. The Ayub dictatorship tried to carry out land reforms under instructions of Robert McNamara, head of the World Bank at the time. These reforms miserably failed to abolish the labyrinthine semi-feudal structures.

The most radical reforms came after ZA Bhutto took power during the 1972-74 period. But the aim could not be achieved with the bourgeois state apparatus. The landlords, in connivance with the corrupt bureaucracy, managed to avoid major expropriations as capitalism was not abolished. But they were seriously shaken and in panic. According to a 1981 report of the UNDP, 96 percent of all landholdings above 100 acres were pledged to the banks by the end of 1974. From the Qureshis in the Punjab to the Chandios in Sind, most of the feudal lords, with massive amounts of mortgaged capital, invested massively in industry and the services sector. Pseudo-landlords became pseudo-capitalists. If those lands had then been expropriated the banking system would have collapsed.

Under capitalism even the most radical land reform will never be able to accomplish an agrarian revolution or develop mechanised agriculture, nor ameliorate the plight of the poor landless peasants. In Uttar Pradesh, Punjab, Haryana and several other Indian states many peasants who were allotted land through the reforms under Nehru now work as wage labourers on their own plots for the contractors in horrific conditions.

The fact is that the barter relations of feudal economics do not exist anywhere in Pakistan. Finance capital has penetrated the agrarian sector and even the reactionary rulers of the Gulf States and Saudi Arabia now own vast land holdings in Pakistan where agricultural wage labour is severely exploited and the products are freely delivered to wherever these owners want. On small land holdings the costs of agricultural products are far less than what they get from the middlemen in the grain markets.

The capitalist system cannot solve the agrarian question. Its own financial and economic crisis exasperates the crisis in the agricultural sector. The poor peasants are being crushed under huge debts and their life is a living hell. The emancipation of the peasantry is clearly linked with the mass struggle under the leadership of the proletariat to transform this system.