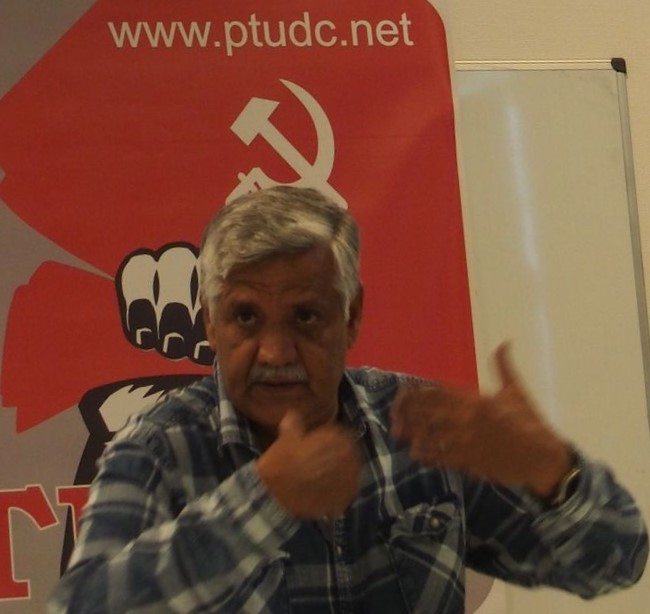 Interview of the editor of Asian Marxist Review (AMR) and International Secretary of PTUDC, Dr Lal Khan, by Danish Marxist paper “The Socialisten”. We are publishing its translation for our readers, Original text can be read Here 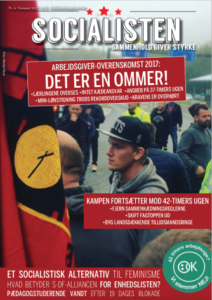 Q – What is the situation in Pakistan?

ANS: Pakistan has undergone a very turbulent period in recent decades. Pakistani capitalism is so advised that the majority of the population suffers from poverty, misery and disease.
The ruling class is corrupt and involved in crime. On the one hand, there is hard oppression from the state and on the other hand, malicious religious terrorism that destroys society.
But the Pakistani workers and youth have revolutionary traditions and there have been countless fighting and movement in the last half-century. 70 years after independence, Pakistani masses suffer more than they did at that time. Democracy has proved to be a mockery. With constant attacks on unions and workers.
There is a rebellious mood in society that sooner or later can break into a revolutionary uprising. We prepare the revolutionary socialist forces to give a perspective and strategy to the class struggle to ensure a revolutionary change of society.

Q – You are clearly critical of the division between Pakistan and India. Why?

ANS: In August 1947, British imperialists collaborated with local elites of the Indian subcontinent, through religious lines. This madness of religious hatred resulted in a massacre, where 2.7 million people were slaughtered.
For the past 70 years, the ruling class in Pakistan and India has used this hatred to create chauvinism and to break the class unity to destroy the class struggle for revolutionary transformation. The wounds after the split still bleed. Only the class struggle can unite the masses of all religions, nationalities and ethnic groups and lead to an overall struggle to surround the imperialist crime that the division was.

Q – How did Islamic fundamentalism occur?

ANS: Modern Islamic fundamentalism was introduced as a strategic weapon of Western imperialists to serve their strategic interests.
It was used to crush the workers and youth who fought for a socialist change of society. It was also used to destabilize and destroy the revolution in Afghanistan in 1978. This revolution brought about the greatest improvements and developments in the socio-economic conditions of the oppressed classes throughout the region.
Afghanistan was then so free that Kabul was referred to as “Paris’s Orient”. But now the imperialists have lost control of the fundamentalists, and the monks of these Frankenstein now bite their own lords. But those who really suffer are the oppressed and poor people in the region. Islamic fundamentalist terror can only be crushed and defeated by class struggle and revolution.

Q – Several groups on the left in Denmark mean that socialism is a strange thought, but instead one should work for more human capitalism. What do you think?

ANS: Capitalism today exists only by deriving the blood of the oppressed classes. Wherever capitalism exists, it is thorough and deeply obsolete. It cannot improve conditions for people in society. It has lost the ability to implement reforms that can ease the people from poverty and deprivation. The only way forward to ensuring a proper life for the workers and youth is the struggle for socialism. This applies equally to Denmark as well as to Pakistan.
The consequences of capitalism can not only be seen in the third world countries but also in the western countries where there has been a destruction of the fundamental rights and social benefits that the working class had won through the struggles of generations. In countries such as Pakistan, it is driving society into an abyss of barbarism.
The options are clear: either we can have socialism and the liberation of communities or society will be destroyed by barbarism. The existence of Islamic state and other barbaric groups is a clear indication of riot capitalism that now it can only produce such forces of black reaction.

Q – What is the Pakistan Trade Union Defence Campaign, PTUDC?

ANS: PTUDC was launched in 1995 after the brutal murder of our Comrade, Arif Shah, who was the head of the Punjab Workers Federation, which had 65,000 members. PTUDC is a campaign to defend trade union activists and to organize support and solidarity for workers’ struggles in different parts of Pakistan, nationally and internationally.

Q – Do you have a message to the Danish workers and activists?

ANS: My message to the Danish workers and activists is that our struggle is also your struggle and vice versa. We are connected by one of the most crucial things: Our common class foundation.
The motto of the struggle of the working class has always been that ‘an injury to one is an injury to all’. If we are united, we can never be defeated. I promise you that we will fight this class war to the end.

The Socialist victory will be ours!