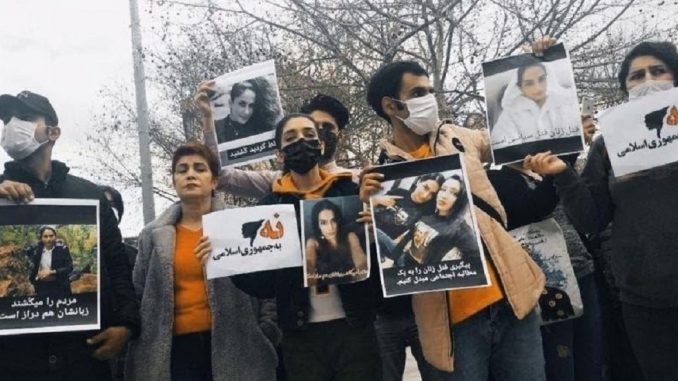 Esmaeil Fattahi, Leili Faraji and Zeinab Sahafi participated in a women’s demonstration in the Turkish city of Denizli, holding posters protesting violence against women in Iran. For this reason, they were arrested by the Turkish police and transferred to the Aydin deportation centre, along with Mohammad Pourakbari Kermani, who did not even participate in the action.

#ReleaseIranianRefugees
4 Iranian refugees living in #Denizli were detained on April 5 for taking action against the exiting of the Istanbul Convention in Turkey and carrying images protesting the repression of women in Iran.#İranlıMültecilerGeriGönderilmesin pic.twitter.com/ez7tkpnQ5T

All four refugees are under Turkey’s official conditional refugee status, pending the United Nations determine the safe third country to which they would move.

The expeditious decision to deport them interrupts this process and, although it is unknown to which country it has been determined to deport them, if they are sent to Iran they are in serious danger of being detained, tortured and killed.

From the Pakistan Trade Union Defence Campaign (PTUDC) along with International Socialist League (ISL), we are promoting an urgent international campaign to prevent the unjust and cruel deportation of the four refugees. You can join by sharing your photo with the following image and the hashtag #İranlıMültecilerGeriGönderilmesin