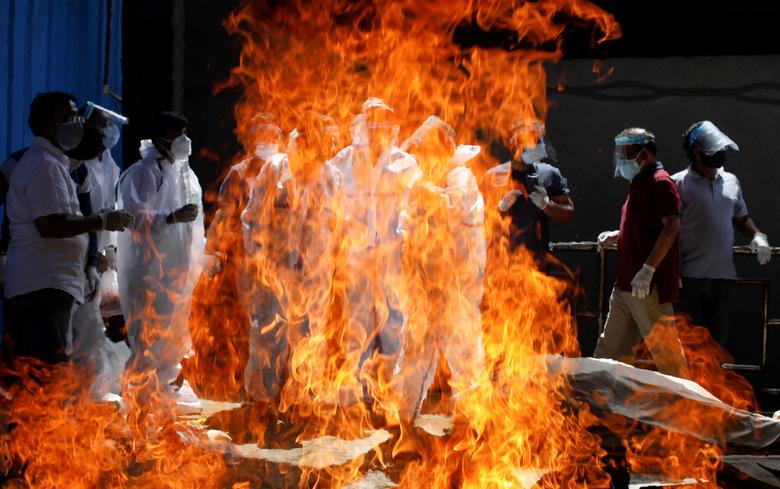 Every day, more than 3,000 people here are dying from COVID-19, according to official numbers. But data on the number of COVID-19 cremations obtained by the Financial Times indicate that the death toll may be ten times higher than what public health officials are reporting.

The coronavirus is devastating major cities such as Delhi, Mumbai, Lucknow and Pune. The problem is exacerbated by the lack of space in hospitals and crematoriums. Families of the sick are filling social media with pleas for oxygen, basic medical supplies, emergency vaccines. Many hospitals have turned away patients, and some hospitals have asked those they admit to sign disclaimers in case they die because of the exhaustion of oxygen supplies. 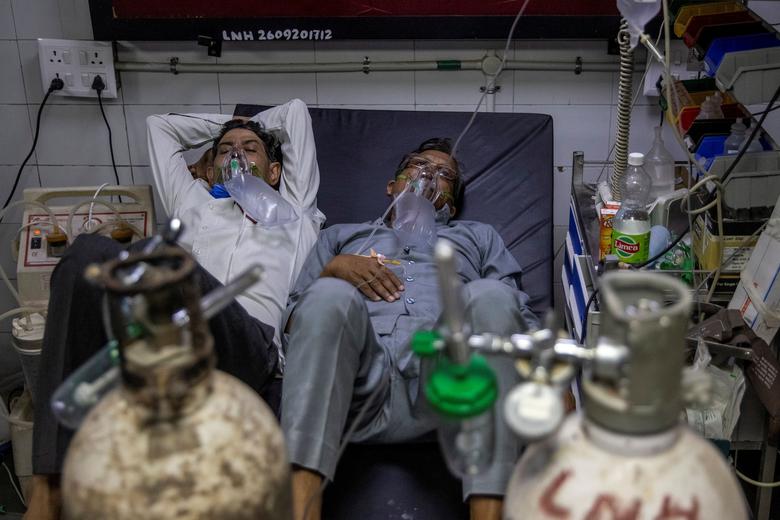 “The Indian federal and state governments failed to prepare for the predictable second wave of the COVID-19 pandemic”, notes the International Commission of Jurists. It’s worse than that. Despite the early warnings last year about the dangers of COVID-19, Prime Minister Narendra Modi tweeted that it was not something to worry about. Then, on 25 March, with less than four hours’ notice, the central government announced a catastrophic nationwide general lockdown, which failed in every possible way.

It failed to bring about mass testing and contact tracking; it failed to increase resources for the healthcare system; and it failed to provide adequate social support to the hundreds of millions of people who lost their livelihoods overnight. The lockdown created a parallel crisis for many people as income fell dramatically, hunger increased, and many migrant workers walked long distances home. With no prospect of income, they took long journeys back to their villages. Some managed to get transport, but those who couldn’t walked hundreds of miles. Some of them never made it home, dying because of exhaustion or in accidents.

It’s been a year now since all those events took place. The coronavirus has evolved into a second wave. But the plight of the people, the complacency of the state and its negligence have not changed at all. Modi has continued to dismiss warnings and has encouraged mass gatherings.

But the super-rich have prepared well. In the midst of terrifying scenes in cities across the country, the wealthiest were able to fly in private jets to Europe and other heavenly places to secure themselves. The people now fleeing are the same who last year lobbied the government to ease curfews and restrictions. Manufacturing, construction, shopping malls and many other sectors were allowed to resume without any serious measures to ensure the safety of workers. And the wealth of India’s big bosses has multiplied since the pandemic, while ordinary working people struggle without adequate medical facilities.

Giving voice to the mindset of the ruling elite, Modi government health adviser and epidemiologist Jayaprakash Muliyil last year blithely declared that, given the immense size of the country’s population, mass deaths on a scale not seen outside the world wars of the last century would be acceptable. “India’s population is one thousand three hundred and sixty million [1.36 billion]. One should see the two million in the context of that number. If the number is correct, there will be [1.358 billion] still alive”, he told Outlook magazine in May. “Mortality is low, let the young go out and work.”

Two million dead is nothing to them—but we’re “only” at one-tenth of that right now. So those at the top are clearly prepared to let many more die. Modi, beholden to the interests of major corporations, has been adamant that he will not impose a nationwide lockdown. Like former US President Donald Trump, he has declared that India must be “saved” not from the scourge but from the catastrophe a lockdown would bring to the country’s economy.

According to Oxfam, the year before the pandemic hit, India’s richest 1 per cent held 73 per cent of its wealth, while the wealth of the poorest half, 670 million people, declined 60 per cent. Neither the previous ruling Congress nor any other central state bourgeois party has made a significant contribution to the country’s health sector. These governments set aside only 1.3 per cent of the country’s GDP for public health care while the private medical sector was expanded on the red carpet.

This pandemic has exposed the inequality and the exploitative character of the capitalist economy. At the end, our economy is built on systemic discrimination and false hope of better livelihoods. These bourgeois governments have failed to protect the people. The effects of this dreadful pandemic have become a daily part of the struggle among the working class—one hand fighting the virus, the other hand fighting for economic survival.

Capitalism in India is completely lawless and without any values when ordinary people’s lives are concerned. When we tell the story of how India survived this pandemic, I hope we remember who paid the price for the survival of the richest. The dreadful days of the coronavirus will come to an end at some point, and people will take off their mask of fear.

But let’s not forget to unmask the capitalist state and its healthcare systems that failed the masses. The working class must intervene to implement a policy that puts human life first rather than private profit. The struggle against this epidemic must be developed into a political struggle against this entire capitalist system, which has killed millions and caused untold misery.