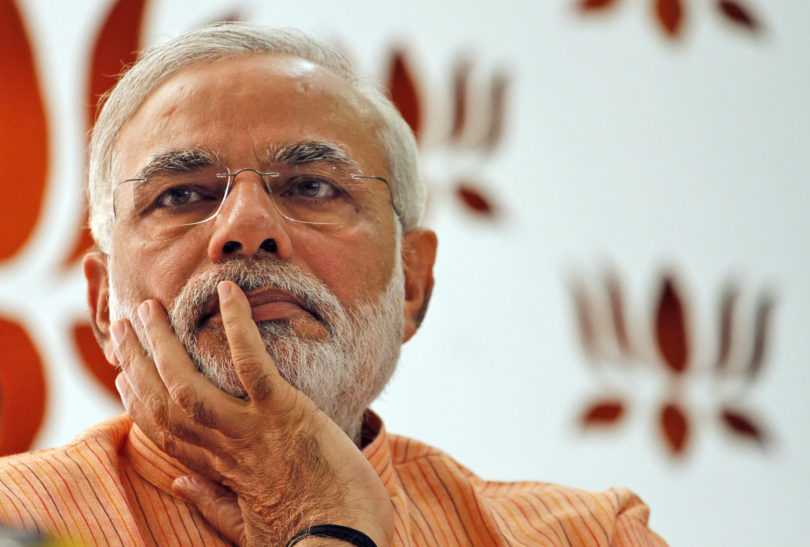 The partition of the Indian subcontinent was the most atrocious and catastrophic moment of the history of this land. The working class of both sides is left with blood and scars. Misery, poverty and material deprivation is inflicted by the capitalist class. Diabolical crimes had been committed not only by the imperialist power but the local bourgeoisie was also side by side to protect their interest in the long run.  Millions of people were forced to migrate just to feed the interest of the ruling elite. The global economic and political development had forced the British imperialism to divide subcontinent on religious lines. It was impossible for them to control by direct force because they were facing resistance from the working class.  There was a molecular process behind sudden changes that erupted in 1946 by the revolutionary insurrection of Sailors Revolt. The Proletariat was in action against the British Raj but Communist Party of India betrayed the working class. They choose class collaboration in the favor of National bourgeoisie. The Stalinist degeneration of communist party of India forced them to forget the lessons of October and they moved back to the Menshevik formula of two-stage theory. Nothing was in control of the British. Their government was paralyzed by the immense power of the working class.  The working class was in an initial phase to become a class for itself. The CPI failed to link the movement with the strike taking place in textile, railway and different sectors of India.

British Raj, Congress and Muslim league feared the revolutionary forces that could overthrow the economic and political system at that time. They came to the conclusion that the only way is to divide the subcontinent on religious grounds. And as a result, the creation of Pakistan was the recipe to confront the revolutionary and class struggle ideas.

After the so-called independence, the bourgeoisie of both countries was not able to lead a democratic bourgeois revolution. They were incapable of building up the necessary social and physical infrastructure and carrying out the task posed by history.  If we talk about India in particular, Indian economy did not witness an economic upswing throughout the history that can deliver to the downtrodden masses. The media and bourgeois economist always said that opening up the economy for foreign capital inflow would eventually benefit the poor.  India achieved 7% growth rate, but this so-called development could benefit only a few sum of upper-middle class people. Where there is a sharp increase in the number of billionaires, there is an enormous increase in the poverty. The rich get richer, and the poor get poorer.  The economic policies of Congress and the BJP are more or less the same. There is hardly any difference and their attitudes and policies are pro-rich.

The proliferation of new markets is to increase profit and the rate of profit, but this method has its limitations. The collage of markets and trade is never interminable. EU-like trade blocks are created in the same sequence but it is prone to disintegrate in the time of acute crisis. The cheap labor in poor countries like India works as a magnet for the capital to exploit the workers. Over the past few decades, corporate monopolies moved their industrial units to China, Brazil, India and other countries to increase the rate of profit but this method has failed. Credit slump has handcuffed the Indian economy. The economy is growing at a steady rate of 7% and despite that big businesses are reluctant for new investment. Banks’ lending loans to industries are dwindling at the higher rate as compared to last two decades.

Its been 3 years of Modi sarkar, but he failed to meet the expectations of ruling elite of the country, who  spent billions of rupees on his election campaign.The corporate sector is in a fragile condition. The Indian government authorities thought that demonetization would work as a steroid for the economy. But assumptions have to dig up a new and complex chaotic business environment. The balance sheet of banks and the corporate sector is in the precarious situation. The Government of India and Reserve Bank of India (RBI) has berated the banks to seriously deal with their bad loans. Banks are not in a position to continue their profits. There is an acute crisis and even bankers and the policy makers have lost their hopes to get rid of this crisis. Profits are shrinking in every sector of the economy. In 2016 mining sector tapered at 0.4% while agriculture and construction sector slowed sharply to 1.8% and 1.5% respectively. India is no more a growing economy. The prevailing economic system has failed and cannot benefit the working class. The so-called high growth rate would eventually sharpen the socio-economic contradictions in Indian society. 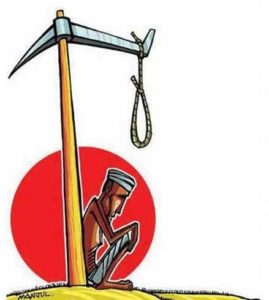 The Shining India has deprived the working class and especially the rural peasants. Discrimination is a part of their everyday life. They are wrapped in penury. More than 200,000 farmers have committed suicide since 1997. In the current crises, the survival of Indian peasants is at stake. They are ensnared in indebtedness and it is the root cause behind their suicides. Suicidal tendencies are prevailing in the lives of peasants. High production cost and falling prices of farm commodities have affected the farmers and peasants on a large scale. It is due to trade liberalization and the influence of corporate sector in agriculture. In 1998 Indian economy opened up their seed market for big corporations like Monsanto, Cargill and many others. These seeds need fertilizers and pesticides which eventually raised the production cost. These seeds are engineered in such a way that it cannot be saved and there are no renewable traits. Corporations hold patents so that these seeds cannot be saved. Therefore the peasants have to buy new seeds for every new season. It is a new expense and it raises their production cost and due to this poverty increase that directs the peasants to indebtedness. GMO seeds by Monsanto and other companies have created a suicide based economy. The suicide rate is terrible, 4000 per year only in Maharashtra. Rest of the country has the similar situation with, more or less, same figures. But there is a resistance movement and farmers are struggling to get rid of this vicious cycle of indebtedness. After the successful movement by farmers in Maharashtra the farmers of Madhya Pradesh have started another movement for their demands. The attacks on farmers and peasants by global corporations and the ruling elite will not last longer. They will resist at any cost for their survival.

The socio-cultural values of Indian middle class are purely based on lust, greed and selfishness. Consumerism has wrecked the whole society. Fidelity, endearment and loyalty are alien values to Indian society now. But still, Middle class is crumbling due to falling living standard. They are trapped in a vicious cycle of the loans; they borrow to maintain their living standards. The historical development of this system has reached its limits; each and every segment of society is in a state of decline. There is no more room for any reforms or improvement in this historically obsolete system. Bourgeois economists have exhausted all possibilities, they cannot find a way out from the current crisis.

The religious fascist Government of BJP is backed by the corporate sector of India. It clearly depicts the reactionary frame of mind of ruling class. There is no revolutionary alternative in India. There is no attraction among the working class in the slogans of democracy and secularism. Left Wing and the communist parties are hesitating to choose a revolutionary way to lead the working class. Today, the working class and its movements are going to mobilize to change the socio-economic specter of India. Only a political force armed with revolutionary ideas of Marxism can play this historic role. The general strike that took place on 2, September 2016 was a continuation of the struggle against the Modi Government and its neo-liberal policies. According to Aljazeera, 18 million workers participated in this strike. In the general strike of 2, September 2015 nearly 15 million workers participated and it was the spark of revolt against capitalism. Even the students are not interested in traditional bourgeois politics. The Occupy UGC movement the spectacular struggle of JNU are enough to understand the mood of students. Other than that, Kashmir is still in a state of revolt against the ruling class. They are not willing to accept Indian occupation of Kashmir. Kashmir movement is a ray of hope and inspiration for the workers and the youth of both countries across the border. The ruling class is terrified by the immense power of masses. Kashmiri youth need the support of the working class of the subcontinent. The unity of all these movements could lead to revolutionary movement and it would provide the basis for the socialist transformation not only in South Asian Subcontinent but all around the world.