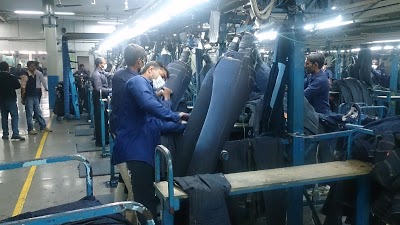 Cresent Bahuman Mills is one of the major industrial units in Asia located at Pindi Bhattian District Hafizabad, Pakistan. It is producing products for world famous brand Denim Jeans. It is exported worldwide including Europe and America.  More than 6000 men and women workers are employed in this industrial unit. It is said that the privileges given in Crescent Mills are not less than any International industrial unit. But the workers are very well aware that the reality is totally opposite. Workers are exploited and the administration treats workers badly and horrendous working conditions can be easily discovered inside the factory. 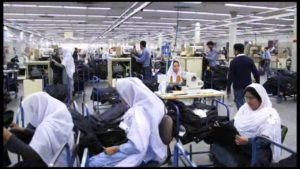 n 1997 workers raised their voice against the administration of mill despite suffering under the reign of terror but they succeeded in making their own union “Ittefaq Labor Union”. It became a crime for workers to make the union. The administration forcefully expelled labor leaders on basis of false allegations against them but they filed the case against the administration in labor courts to restore their jobs. But violating all the rules owner forcefully ended labor union. The workers carried out their struggle for the restoration of their rights and labor union and in 2006 Punjab High Court issued orders to restore their union. Since 1997 workers took up their case to every court in Pakistan, such as Labor Courts, Single bench, Double Bench, Punjab Labor Appellate Tribunal Lahore and even Supreme Court. In 2010, Lahore High Court Chief Justice Azmat Saeed Sheikh issued orders for the union referendum in the factory. But like every time owner succeeded in issuing a stay order against the decision. For the last 19 years, workers are demanding a union referendum. Instead of conducting the referendum, the administration is continuously attacking the workers. False cases have been lodged against the workers just because they are demanding their rights. They are threatened just to smash their struggle. Labor Officers have become pimps and owner’s stooge just for some pennies.

In Pakistan, the factory owners of Resent Mill are considered to be a major industrialist with strong political basis but workers are deprived of their legal and basic rights. There is a complete ban on union activities even if a worker is involved in any union activity outside the factory he/she is immediately dismissed. Worst of all, torture cell has been set up in the factory; workers are subjected to intense psychological and physical intimidation. Workers are given very unhygienic food in the canteen and even safe drinking water is not available in the factory. There is a terrifying and stratospheric accident rate. Workers are forced to work more than 12 hours a day without giving them minimum wage. Workers are given jobs on the contract basis and the labor does not get any protection. Now the Registrar of Labor Union has issued the orders to end unions and it is a clear violation of labor laws because legally they have no right to end labor union in any institution.

Even social workers and media, working for labor rights are very well aware of the conditions of workers of Crescent Mills. They did not even consider mentioning the working conditions of labor in Crescent Mills in any report. We believe that despite all the odds the workers are actively involved in changing their lives and we will carry forward our struggle until or unless the workers are given their rights.  The struggle will continue against these oppressors. Pakistan Trade Union Defense Campaign (PTUDC) expresses full solidarity with the struggle of workers of Crescent Mill Bahuman. We appeal all the progressive forces to become a part of this joint struggle.