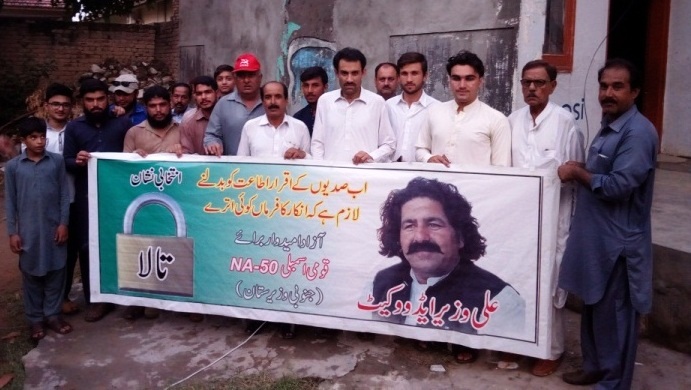 On July 16 2018, Pakistan Trade Union Defence Campaign (PTUDC) and Revolutionary Students Front (RSF) organized a corner meeting in support of Ali Wazir in Fateh Jang, Punjab. Comrade Ali Wazir, who is running for general assembly seat form Wana, South Waziristan in the constituency of NA50, is the only candidate in these elections whose political campaign is not bound within this specific constituency but the comrades of PTUDC and RSF are spreading his message and mission across Pakistan. 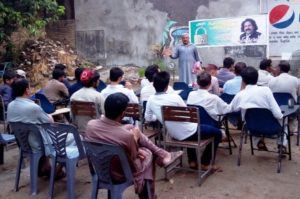 The participants in the Fatah Jang corner meeting expressed their views and said that Ali Wazir is the only candidate whose campaign is running by revolutionary youth and progressive political workers. Masses are extending their solidarity with him. Ali Wazir is representative of the oppressed masses and deprived working class. In his struggle he sacrificed everything, faced brutal attacks by the militants and state, lost many of his family members but his struggle never stopped and he kept moving on. We and every revolutionary in Pakistan and beyond have a relationship of pain and deprivation with Ali Wazir. If Ali succeeds and wins the elections that would be the victory of every oppressed person of Pakistan. No political party has solid solutions to the problems faced by the workers and majority masses. The election is a huge business for the political elite in which they invest millions of millions to make billions from this process. These are the protectors and beneficiaries of Capitalism, they will never be the well-wishers or sympathizers of the working class. Only the oppressed, such as Ali Wazir, can raise the voice against oppression. 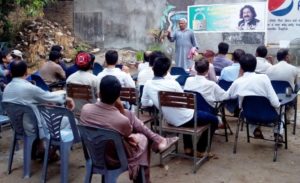