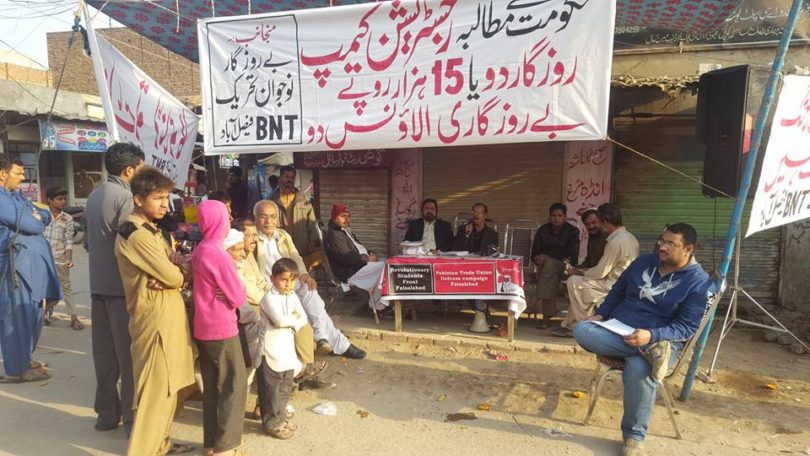 On 13th January 2017, Unemployed Youth Movement (BNT) stalled a registration camp in Azam Chowk, Faisalabad. A Pamphlet on the current situation, facts, figures and the solution of it was published and distributed among a large number of people who visited the camp or passed through it. Unemployment figures are shocking in Pakistan,  and a continues increase of 1.5 million on annual basis is an addition to it. More than 50 youth, and specifically students registered themselves. A large number of people from all age groups, specifically youth, visited this day long camp, they discussed and supported the demands of BNT and also showed their interest to join this movement. The atmosphere of the camp was highly political and enthusiastic, while revolutionary songs and anthems were played. 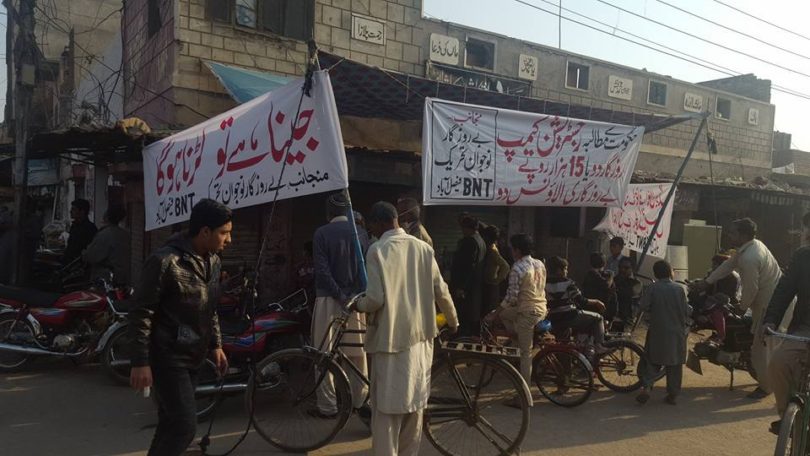 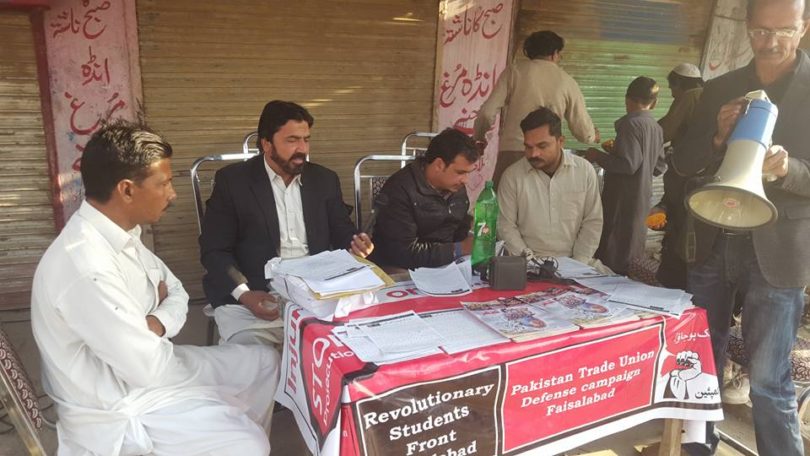 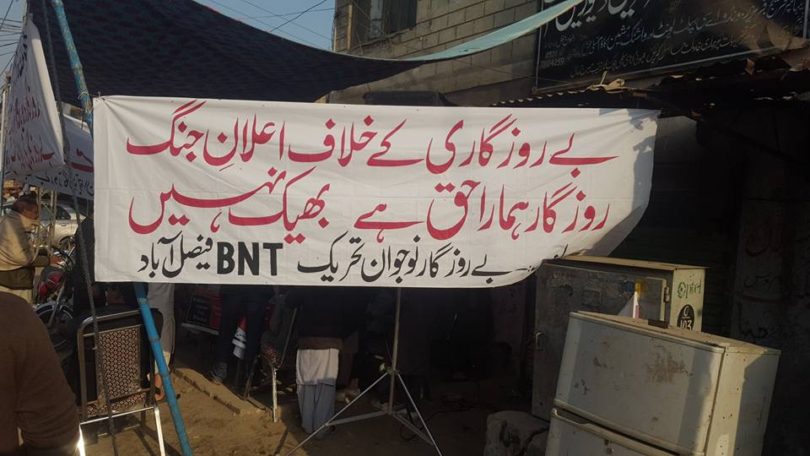 Declaration of War against Unemployment, Employment is our Right, not Begging 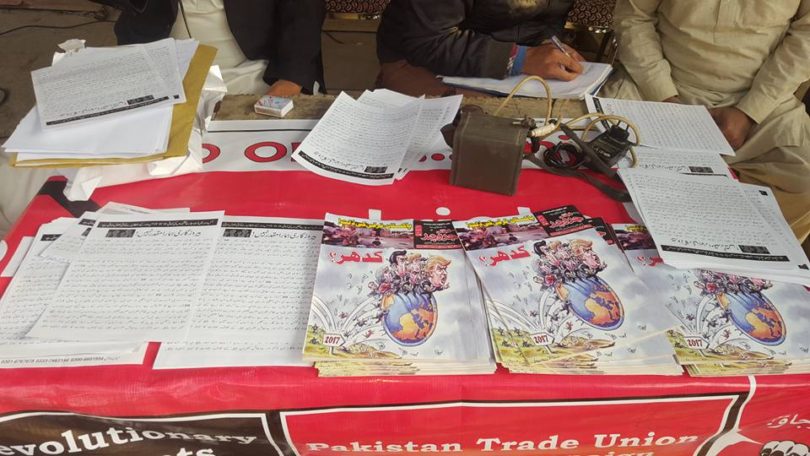 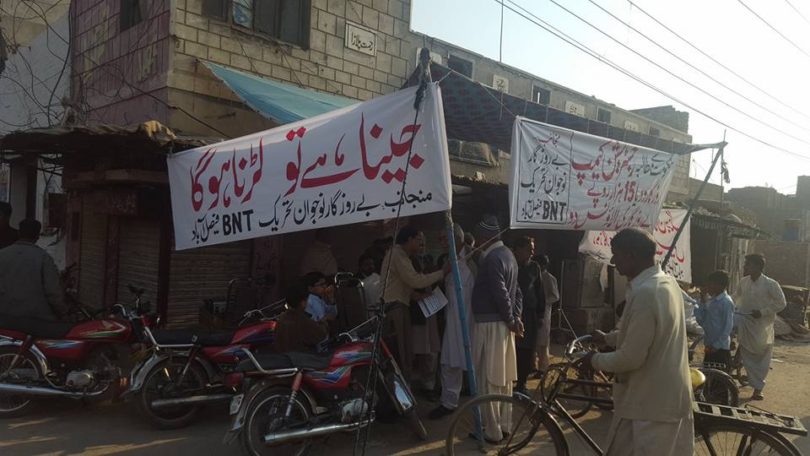 To Live, we Must Fight 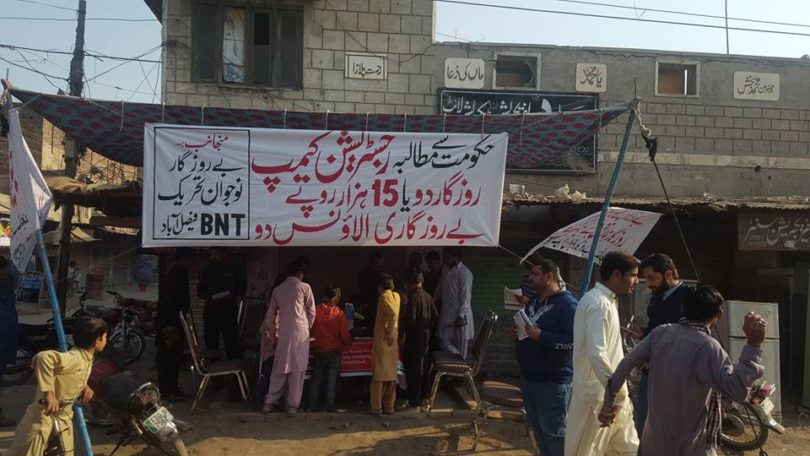 We Demand from Government, Employment or 15000 Unemployment Allowance 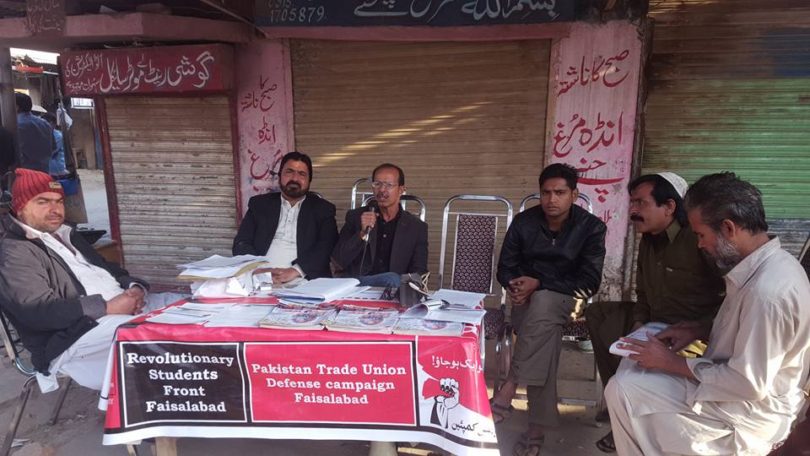