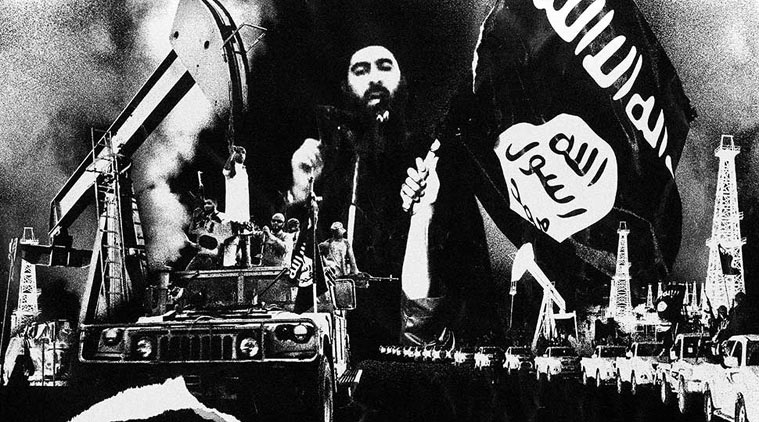 From Bangladesh and Afghanistan to Turkey, Egypt and Pakistan almost the entire so -called Muslim world is being ravaged bya ferocious wave of fundamentalist terror during the last few days of the Ramazan and just days before Eid ul Fitr, a festival to celebrate culmination of fasting.However for the last few decades ordinary souls instead of celebration have been inflicted with vicious terror and mayhem. Governments and their repressive state and security apparatus have shown to be incapable of predicting or stopping terrorist acts and life has become more agonizing and humiliating for the ordinary folk during this holy month.In whole of the Middle East this situation has exacerbated with the temporary derailing and retreat of the revolutionary upheaval of 2011. In the case of Libya, Iraq, Yemen and Syria collapse of these states at varying degrees is leading to genocide by warring factions.

This religious terrorism has inflicted insult upon injury upon the teeming millions of the inhabitants of these so-called Islamic countries that have been already suffering from misery, poverty, disease and deprivation under the rule of these ‘democratic’, dictatorial and monarchical/ theocratic regimes whose main aim has been to perpetuate the rule of rotten capitalism that is imposed upon these societies in various designs and pretences. These ongoing acts of terrorism show that the situation is worsening with instability and turmoil and economic ramifications that come with this menace for the already deprived populace.

On Friday, July 1 six to eight gunmen have attacked a popular restaurant in Dhaka holding about 30 hostages including foreigners. As par reports by various sources Islamic State has claimed the responsibility for the attack. At least two policemen were killed and another 50 injured by the gunfire as the security forces started surrounding the Holey Artisan Bakery restaurant in the upmarket Gulshan area. While these lines are being written there are reports that “Bangladesh security forces including commandos have stormed the restaurant.” As par BBC “several of those held are believed to be Italian, and some may be Japanese. Their fate is unknown.”

On Thursday, 30 June a massive Taliban bomb on police academy near the capital, Kabul took at least 27 lives dead and 40 wounded. Mousa Rahmati, the district governor of Paghman, told the Associated Press that Thursday’s attack took place about 20 km to the west of Kabul. He said the trainee police officers were returning from a training centre in Wardak province and were heading to the capital on leave for Eid holidays. Former Afghan parliamentarian Daoud Sultanzoy told Al Jazeera, “This attacker and the group had enough information to conduct this atrocity in a well planned manner…The Taliban, will increase their attacks…”

This attack is the latest major assault by the group and comes just nine days after 14 Nepali security guards were killed in a suicide bomb attack on their minibus, also in the city. In the last few months the various groups of the Taliban have enhanced their acts of terror in the wake of the withdrawal of the imperialist forces and their rush to attain more and more control of the areas under their rule in Afghanistan. On one hand it is the internecine war between various groups of the religious and not so religious warlords to expand their fiefdoms for plunder while on the other hand a large number of these terrorist outfits are the proxies of the various imperialist states in the region and internationally.

In Turkey as the‘moderate’ Islamic regime of Tayyip Erdogan lurches towards despotism with severe press censorship, attacks on gay activists, the oppression of Kurds, attacks on trade unions and left youth movements. However its secret dealings with the Daesh (Islamic State) are coming home to roost in the form of increasing terrorism. As we have been witnessing in Pakistan, Turkish state repression and military operations have failed to weed out the terrorist groups or their vicious acts of bloodshed and mayhem. Again it’s the ordinary people who suffer the most from this state and non-state terrorism. On Tuesday 28th of June three suicide bombers opened fire then blew themselves up in Istanbul’s main international airport killing at least 42 people and wounding another 239, in what Turkey’s prime minister said appeared to have been an attack by the militant Islamic State (IS).

However this is the latest in a string of attacks that have struck Turkey in recent months. A few weeks ago on June 7 at least seven police officers and four civilians died when a bomb ripped through a police vehicle near the historic centre of Istanbul.On March 19, three Israelis and an Iranian were killed and dozens injured in a suicide bombing blamed on IS militants targeting an Istanbul shopping thoroughfare, the Istiklal Caddesi. A week earlier on March 13, there were 34 people killed and dozens wounded in a suicide car bomb attack in Ankara. On February 17 another 29 people were killed in a car bomb targeting the Turkish military in Ankara. On January 12 an attack that was targeted on Germany and the EU, 11 German tourists were killed and another 16 people wounded in a suicide attack in Istanbul’s Sultanahmet district, the ancient tourist heart of the city and home of the Blue Mosque.

On the question of the involvement of the IS in these attacks is dubious. The IS so far has claimed only one relatively minor attack in the last year. On the other hand Erdogan’s relationship with the IS are dubious. It’s much like their counterparts in Pakistan who ‘run with the hare and hunt with the hounds’ since the 1978 Saur revolution in Afghanistan and now are facing the music of their own Frankenstein monsters. Even a mainstream bourgeois editorial in Pakistan exposed this duplicity of the Erdoğan regime and the Turkish state, “In this vortex of military, diplomatic and humanitarian crises, Turkey has to decide which side it is on. The Syrian war is a multilateral conflict, but it often appears President Erdogan’s government looks at it through its Kurdish prism and believes in a ‘get Assad first’ philosophy…Also, Ankara is grossly mistaken if it thinks IS could help it sort the Kurds out; it should know that IS does not believe in any alliances; it believes in a kill all philosophy which considers death and destruction an end in themselves. It is time Ankara clarified its thinking and made the right choice.”

In the midst of the relentless crisis their systems are inflicted with, they cannot ever resolve or find a way out. They play these double games and often use these non-state actors as allies or proxies to enforce the writ of their eroding and corrupt bourgeois states. The ruling classes and their states have connived with and sponsored this religious fanaticism to drive a wedge for splintering the movements of emancipation of the workers and the youth that erupt time and again in these societies. This reactionary bourgeois unleashes and props-up these intransigent bigots to carryout these atrocities to perpetuate their rulership. But these policies have often backfired on them. This mayhem exposes the fact that like fascism this fundamentalist terror is in the distilled essence of capitalism in terminal decay. Ultimately the elimination of terrorism in linked to the obliteration of the capitalist system itself. Any other solution is nothing but deceptive and impotent verbosity. The oppressed workers and youth in these lands have arisen in revolutionary movements in the past, they shall have to carryout a socialist revolution to emancipate society from this scourge.