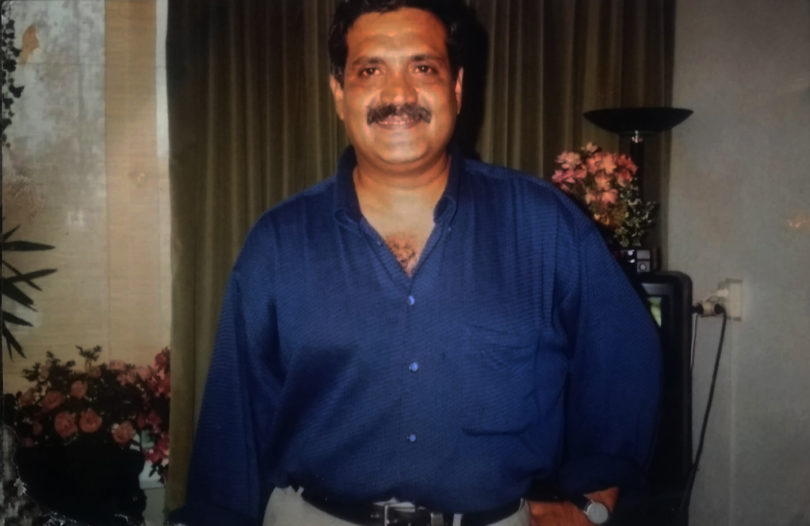 Today, 22 June 2020, marks 64th birthday of Dr Tanveer Gondal, also known as Dr Lal Khan, passed away in Lahore in February this year after a protracted battle with lung cancer.

Since then, many obituaries have appeared that eulogize his eventful life and his contribution to Marxist theory and socialist transformation. Unique among the intellectuals of the Left, he represented a new breed of activists baptized by the Western revolutionary tradition of action and theory.

Dr Lal Khan represented many firsts in Pakistan’s democratic and Marxist history. He was the first well-known student leader to raise the flag of resistance to the military regime of General Zia.

Though many medical students and doctors were involved in the struggle against the military dictatorship, Dr Lal Khan was the only one radicalised by the experience to the extent that he became a full-time professional revolutionary.

In the Netherlands, where he went into exile, he mobilized the Pakistani exiles around socialist and democratic ideas. In this, he was following the example of Lenin and Trotsky in mobilizing and spreading his socialist message through The Struggle paper among Pakistani political exiles.

He was also the first prominent activist and scholar to introduce Trotskyism in Pakistan.

In South Asia, Sri Lanka had been the only country where a Trotskyist party had been able to gain a foothold. As well as introducing Trotskyism, he led its spread through energetic mass organisation. For this, he travelled throughout the country working with the youth and trade unions to organise work place struggles for better working conditions, wages and to acquaint these groups with Marxism. The annual congress convened by him in Lahore was one of the season’s biggest political highlights, where leftists from across Pakistan gathered to discuss politics, Marxism and Trotskyism and strategies to overthrow capitalism and usher in a socialist revolution.

In a country starved of serious political and ideological debates and ideas, the annual congress constituted an eagerly-awaited event on the country’s political calendar.

Lal Khan was also the first serious political organiser and theorist who imbibed British Marxist Ted Grant’s brand of Trotskyist activism and political theory. Ted Grant led the strategy of working through the British Labour Party. This strategy which came to be known as ‘entryism’ worked so well that by the 1980s the Militant Tendency (MT) – Ted Grant’s group name – was successful in getting a couple of members elected to the House of Commons besides gaining control of the Liverpool city council.

The prospects of the MT gaining a modicum of success so riled up the mainstream media that it ganged up on Ted Grant’s group and forced Neil Kinnock, the Labour leader, to expel all MT-associated members from the party.

Lal Khan pioneered this approach in Pakistan and began to organise among youth and trade unions while influencing the PPP’s ideological direction through entryism. The strategy seemed to pay off for a while when it led to the election of one of his comrades, Chaudhry Manzoor, as an MNA from Kasur.

That was the peak of Dr Lal Khan’s influence in the PPP. From there on, Dr Lal Khan’s group stagnated within the party. Lal Khan, nonetheless, remained attached to the PPP till the end, taking comfort in its once revolutionary manifesto and its emergence from the radical roots of the 1968 movement.

Unlike other leftist organisers, he combined serious Marxist scholarship with activism. In the tradition of Trotskyism, which has a history of producing writer-activists like Tariq Ali and Christopher Hitchens, Lal Khan used both his pen and tongue to spread Marxist ideas.

He authored three important books on subjects such as the partition of India and Pakistan, the 1968 democratic movement in Pakistan and the Lebanon-Israel conflict.

Hundreds of his articles also appeared in English and Urdu newspapers as well as in the Asian Marxist Review, which he edited.

Dr Lal Khan saw the partition as an extension of the imperialist strategy of ‘divide and rule’. Like Tariq Ali earlier on, he argued that South Asia could one day reunite in a Socialist South Asian Federation.

Taking Marxist perspective, he saw the 1968 movement as the socialist mobilization of Pakistan’s radicalized sections of the society for a democratic and egalitarian Pakistan rather than a knee-jerk reaction arising in response to General Ayub Khan’s authoritarian rule.

The movement was so revolutionary in its content, actions and expectations that ZA Bhutto, a social democrat, felt obliged to adjust the PPP to a radical register to meet the aspirations of the movement.

The result was a PPP victory on account of a radical manifesto. On the flip side, the PPP absorbed the revolutionary potential of the movement. His columns and other articles always nostalgically harked back to the revolutionary moments and personalities in Pakistan’s history and in world history.

He remained wedded to the idea of these moments being perpetually in the offing as the contradictions of the capitalist system are constantly flowing into the making of these revolutionary moments.

Unlike many leftist intellectuals of the past, he was an active and engaged member of the Trotskyist global Left. That close association shaped his writings and books. He always brought a global dimension to his analysis, organizational work and writings. After Tariq Ali, he is perhaps the only Pakistan-based leftist intellectual and activist known globally for his organizational, theoretical and written work.

This is evident from a plethora of tributes paid to him in the global Left publications. His book on Lebanon and Israel is a testament to his deeply global and internationalist outlook which he absorbed from his continuing engagement with the global Left.

Dr Lal Khan was also a keen observer of, and a visitor, to Venezuela under Hugo Chavez – a country which he saw as the herald of the socialist revolution in the region.

Pakistani Marxism is widely known through the work of its cultural Marxist intellectuals such as Faiz and Sibte Hassan. Dr Lal was a full-blooded political Marxist and theorist. This is reflected in his writings which are thick with Marxist political terminology and language.

Dr Lal Khan was also the first one in Pakistan to introduce open political work rather than the traditional underground associated with the Moscow-influenced Left in Pakistan. He organised openly among youth and trade unions and made himself available to the mainstream media to propagate his analysis and his Marxist ideas. His annual congress and his book launches were organised in various parts of the country and helped popularise leftist ideas beyond the practice of restrictive study circles associated with the Left.

In that sense, he was also a well-known media figure who always put forward alternative leftist perspective on current debates and bamboozled his interlocutors on TV shows as much with his grasp of economy and statistics as with his loquacity.

The fact that he wrote in both Urdu and English expanded the appeal and reach of his writings. In particular, his Urdu columns cemented his reputation and visibility as a serious Marxist and political theorist. He blazed a new trail in leftist activism and scholarship in Pakistan – a contribution for which he will be remembered and emulated for a long time to come.