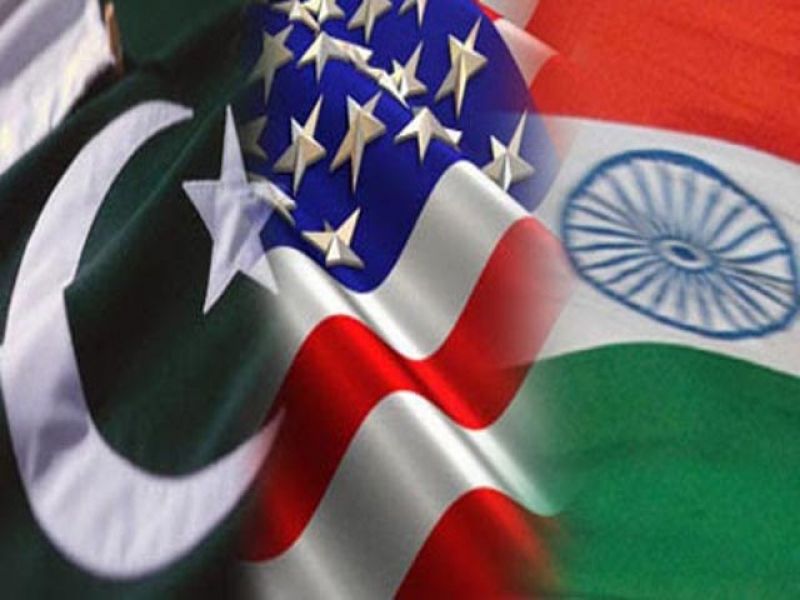 The media in India and Pakistan are going berserk whipping up war hysteria and further perplexing the already bewildered masses. The skirmishes across the line of control in Kashmir to the ‘naval infiltrations’ in the waters of the Arabian Sea have prolonged more than usual. Domestically on both sides, the regimes are in crisis and the familiar rhetoric of sovereignty, honesty, and valour goes on unabated. The official avowals have hardly changed in seventy years.

Nawaz Sharif speaking at the conclusion of the recent military exercises said, “Efforts to harm security and territorial integrity will be met with a befitting response.” Under the gaze of the military’s top brass, Nawaz was trying to appease the powerful arbiters of politics in Pakistan. Civil-military strained relations have been the hallmark of Pakistan’s bourgeois’ politics. It’s been a convenient diversion to obscure the excruciating socio-economic issues faced by the oppressed classes of this land.

Sartaj Aziz’s statement was in contrast to what Sharif had stated in his speech at the military exercises but in reality this is nothing but a clumsy attempt of playing the ‘good cop and bad cop’ as has been the classic manoeuvre of subcontinents successive regimes. Aziz’s olive branch of ‘Nobel Prize’ shortcut strategy for Donald Trump is not going to resolve South Asia’s chronic rivalries. Both Pakistan and Indian newspapers have made a meal of Trump’s desire to see Pakistan and India to get along and avoid nuclear confrontation. But it increasingly becomes clear that South Asia would not be on Trumps priority list in his foreign policy adventures.

Historically successive US presidents and their administrations have evaded from solving the Kashmir dispute by design. This unresolved issue was left as a festering wound in the body politics by the British imperialists to continue their policy of divide and rule albeit through indirect economic control of their former colonies. The US state department has always referred to Kashmir as a bilateral issue between India and Pakistan to be resolved through bilateral negotiations.  US imperialism is neither in favour of a direct military clash at this stage nor does it want to see a durable peace between India and Pakistan enacted as both scenarios would be detrimental to their financial, military and economic interests.

During the cold war era Indian bourgeois leaned towards the Stalinist bureaucracy in Moscow but it also manoeuvred to maintained friendly relations with the US imperialism and was rewarded with military and economic aid after the 1962 Sino-Indian war. In the recent crisis the world economy and trade has brought renewed diplomatic manoeuvrings. US imperialism has its lustful eyes on the massive Indian internal market and does not want to be left behind from capitalising on the huge Indian middle class market.

Across the Radcliffe line, Pakistani bourgeois from its very inception was too weak, belated and financially frail. Hence it could only hang on to its rule and maximise its profit is by relying and inducting the military hierarchy into crony capitalism under the yoke of imperialist domination. Pakistani ruling class was prepared to go to any lengths to win over American patronage. It stupidly tried to be its frontline state against ‘Communism’. However the American Imperialists, as elsewhere, only used them as condoms.

Aid only started flowing in after the overthrow of their puppet Shah in Iran by the election of the left nationalist President Mossadeq in 1953. US policy in South Asia and its relationship with Pakistan was always determined by its strategic interests in the region as can be seen with its military alliances and more importantly its role in Afghanistan after the Saur revolution of 1978. Later the strategically motivated US betrayals in Pakistan and Afghanistan turned their self manufactured Islamic fundamentalists into Frankenstein monsters for imperialists and the regional states.

The rapid growth of the Chinese economy and Chinese billionaires has come with a price. With the sharp decline in growth rates since 2011 and financial crunch, Chinese capitalists need cheap, rapid and steady supply of raw materials and new avenues for their manufactured exports. This explains why Chinese have built half dozen deep sea commercial and military ports across south Asia stretching from Myanmar to Bangladesh, Sri Lanka and Gwadar only 300 miles across the Strait of Hormuz through which world oil supply navigates to its various destinations.  These interests have brought the Pakistani and the Chinese states even closer. The trajectory of the Indian and the US ruling elites has gone in a similar fashion. However all these strategic and diplomatic relations can turn into their opposites? Friends can become foes and enemies can turn into best of friends. With the exacerbating economic crisis almost everywhere alliances and antagonisms change partners in no time.

With increased instability the ruling elites of the subcontinents rival states will now more frequently alternate these façade episodes of ‘threat of wars’ and ‘strivings for peace’. There have been sporadic movements of the regions workers and youth with a varying intensity. This shall change, perhaps sooner rather than later. There are periods in history, sometimes for decades, when the oppressed classes seem to be docile. But in a class society it is a universal historic law that the class conflict is bound to erupt. However if led by a Marxist leadership, in the period that unfolds, such movements on the basis of class struggle can achieve revolutionary victories. This is the only way forward to liberate society from the capitalist coercion; state and nonstate violence and imperialist stranglehold that need wars and bloodshed to enhance their rule of profit.