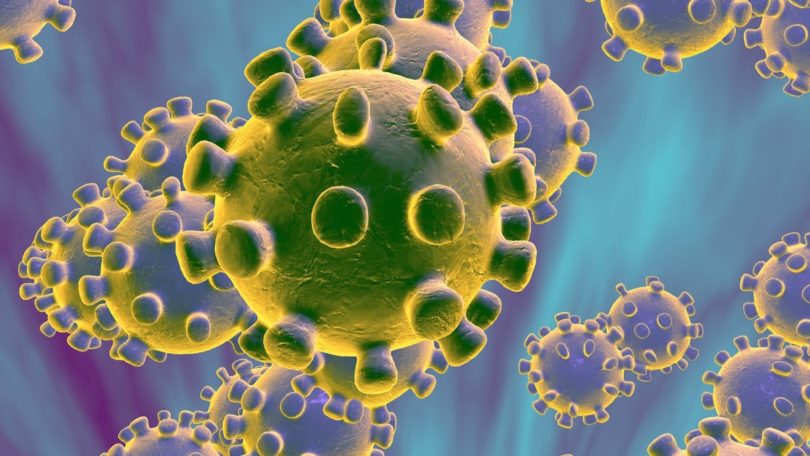 As I write, the new deadly coronavirus 2019-nCoV, related to SARS and MERS, and apparently originating in live animal markets in Wuhan, China, is starting to spread worldwide. According to the latest data as of today, there are just under 10,000 cases globally with just 130 or so outside China. So far, there have been 230 fatalities, none outside China, or about a 2% death ratio, compared to 10% with the SARS virus back in 2009. The rate of spread is about 1.5, a figure that appears to slowing, although it may be too early to say. 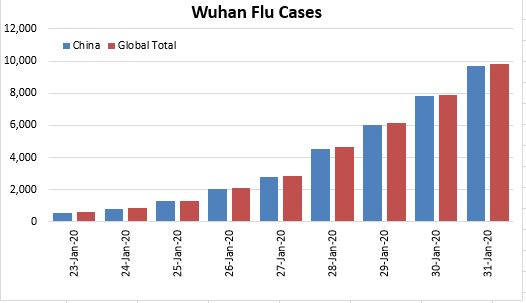 This infection is characterized by human-to-human transmission and an apparent two-week incubation period before the sickness hits, so the infection will likely continue to spread across the globe.

As epidemiologist Rob Wallace from the Institute for Global Studies, University of Minnesota says in Climate and Capitalism, “Outbreaks are dynamic. Yes, some burn out, including, maybe, 2019-nCoV. It takes the right evolutionary draw and a little luck to beat out chance extirpation. Sometimes enough hosts don’t line up to keep transmission going. Other outbreaks explode. Those that make it on the world stage can be game changers, even if they eventually die out. They upend the everyday routines of even a world already in tumult or at war.”

Wallace adds: “The SARS outbreak proved less virulent than it first seemed. But it still quietly killed patients, at magnitudes far beyond these first follow-up dismissals. H1N1 (2009) killed as many as 579,000 people its first year, producing complications in fifteen times more cases than initially projected from lab tests alone. Under such widespread percolation, low mortality for a large number of infections can still cause a large number of deaths. If four billion people are infected at a morality rate of only 2%, a death rate less than half that of the 1918 influenza pandemic, eighty million people are killed.”

But unlike for seasonal influenza, there is neither ‘herd immunity’, nor a vaccine to slow it down. Even speeded-up development will at best take three months to produce a vaccine for 2019-nCoV, assuming it even works. Scientists successfully produced a vaccine for the H5N2 avian influenza only after the U.S. outbreak ended. These unknowns—the exact source, infectivity, penetrance, and possible treatments—together explain why epidemiologists and public health officials are worried about 2019-nCoV.

But whatever the specific source of 2019-noV, there appears to be an underlying structural cause: the pressure of the law of value through industrial farming and the commodification of natural resources. Commoditizing the forest may have lowered the ecosystemic threshold to such a point that no emergency intervention can drive any outbreak low enough to burn out. For example, in relation to the Ebola outbreak in the Congo (which is also happening again);

“Deforestation and intensive agriculture may strip out traditional agroforestry’s stochastic friction, which typically keeps the virus from lining up enough transmission.”

The blame for the 2019-nCoV outbreak is supposedly open markets for exotic animals in Wuhan, but it could also be due to the industrial farming of hogs across China. And anyway, “even the wildest subsistence species are being roped into ag value chains: among them ostriches, porcupine, crocodiles, fruit bats, and the palm civet, whose partially digested berries now supply the world’s most expensive coffee bean. Some wild species are making it onto forks before they are even scientifically identified, including one new short-nosed dogfish found in a Taiwanese market.”

All are increasingly treated as food commodities. As nature is stripped place-by-place, species-by-species, what’s left over becomes that much more valuable. Spreading factory farms meanwhile may force increasingly corporatized wild foods companies to trawl deeper into the forest, increasing the likelihood of picking up a new pathogen, while reducing the kind of environmental complexity with which the forest disrupts transmission chains.

There has been much academic discussion among Marxists and ‘green ecologists’ recently on the relation of humans to nature. The argument is around whether capitalism has caused a ‘metabolic rift’ between homo sapiens and the planet, ie disrupting the precious balance among species and the planet, and thus generating dangerous viruses and, of course, potentially uncontrollable global warming and climate change that could destroy the planet.

Nature Lays Down the Environment

The debate is round whether using the term ‘metabolic rift’ is useful because it suggests that at some time in the past before capitalism there was some metabolic balance or harmony between humans on the one hand and ‘nature’ on the other. But nature has never been in some state of equilibrium. It has always been changing and evolving, with species going extinct and emerging well before homo sapiens (a la Darwin). And humans have never been in a position to dictate conditions in the planet or with other species without repercussions. ‘Nature’ lays down the environment for humans and humans act on nature. To quote Marx;

What is clear is that the endless drive for profit by capital and the law of value exert a destructive power not just through the exploitation of labour, but also through the degradation of nature. But nature reacts periodically in a deadly manner.

The coronavirus outbreak may fade like others before it, but it is very likely that there will be more and possible even deadlier pathogens ahead. And the outbreak may have only a limited effect on capitalism, through a fall in the stock market and perhaps a slowdown in global growth and investment.

On the other hand, it could be a trigger for a new economic slump because the world capitalist economy has slowed to near ‘stall speed’. The US is growing at just 2% a year, Europe and Japan at just 1%; and the major so-called emerging economies of Brazil, Mexico, Turkey, Argentina, South Africa, and Russia are basically static. The huge economies of India and China have also slowed significantly in the last year and if China takes an economic hit from the disruption caused by 2019-nCoV, that could be a tipping point.