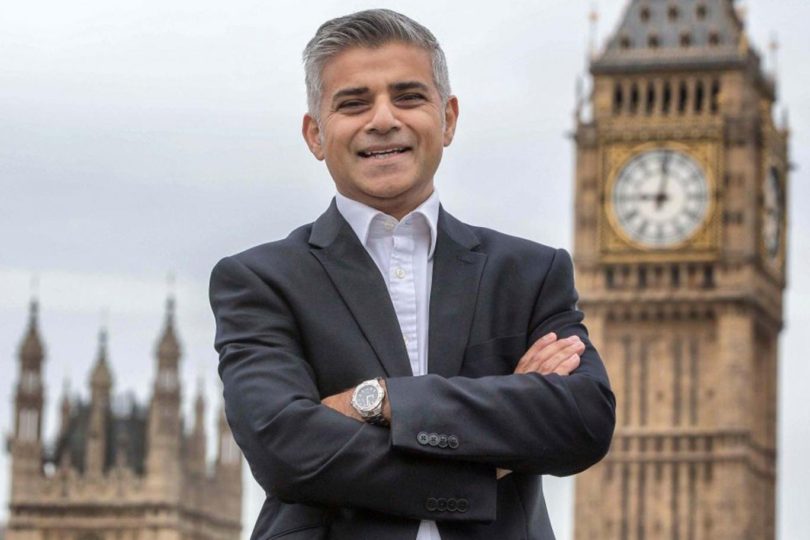 After a bitter, bruising and openly racist campaign peddled by the Conservatives, the Labour Party’s Sadiq Khan on May 5, 2016 won London’s mayoral race, and made history as the first British Muslim of Pakistani origin elected to lead a major Western capital city of 8.6 million. Khan’s victory has also sent Pakistani media, political and religious elite into a hyperbole with duplicitous joy and excitement, as they proclaimed it as the victory of the first ‘Muslim’ and that of a Pakistani ancestry. In reality both of these notions didn’t mean much for the London voters.

Zac Goldsmith waged a campaign soaked in racism — in one of the most ethnically diverse cities in the world with over one million Muslim residents — shamelessly exploiting anti-Muslim prejudices in an effort to secure a shameful victory. This campaign was orchestrated, licenced and directed from the British prime minister’s office by his political guru and strategist, Lynton Crosby. These Tory slurs against Khan did not pop up in the occasional Facebook post. They were employed by the prime minister himself in parliament. They were regurgitated by the Evening Standard, and the Mail Online on Sunday, a Tory jingoistic mouthpiece illustrating with a picture from the 7/7 bombing, headlined: “Are we really going to hand the world’s greatest city to a Labour party that thinks terrorists are its friends?”

The Tories resorted to poisonous scare politics. All credit to Londoners for refusing to play along. Goldsmith’s insults of racism and wild accusations of Khan’s links to extremists were rejected by them. Khan’s election as London mayor probably means nothing about race, Islam, British-ness or anything beyond his political superiority over the runner-up, Goldsmith, and his Labour party’s urban advantage. Nor is this notion true that his victory was a story of municipal reaction against inequality and footloose hyper-wealth. The ideological battles were undermined and conflicts over ethnic and religious prejudices were brought to the fore in this election. The Conservative Party’s lunge for Hindu and Sikh support was symbolic of the acts of media and the contemporary political elites to distort and divert class struggle on such communal and racial lines. Now senior Tories are condemning the campaign as poisonous and outrageous. The damage is done. And by condemning any alleged anti-Semitism on the left, and staying silent about anti-Muslim prejudice on the right, their non-interest in fighting racism stands revealed. For the Tories, racism is a convenience: a hammer to batter their opponents with, or to exploit for political advantage. Jemima Khan appeared to criticise the campaign of her brother, who repeatedly accused Khan of giving “oxygen and cover” to Islamic extremists. “Sad that Zac’s campaign did not reflect who I know him to be — an eco-friendly, independent-minded politician with integrity,” she tweeted.

However the economic doctrines of the two main contenders were not much different. On subjects that usually define the party-political divide, they agreed. Both campaigned as market liberals: enthusiastic about the City and opposed to tax rises. That put Khan at odds with his party leaders. His distancing from the left wing Labour Party leader, Jeremy Corbyn, and refusing outrightly on television to support policies that Corbyn is trying to pursue, exposes Khan’s class collaborationist mind-set and opportunism.

The Financial Times (FT) wrote on Khan’s prospects recently, “The least he owes them is candour. It is possible to make London a bit more affordable. It is not possible to make London affordable. As long as the city is world class, more people will want to live here than can be cheaply accommodated. Some are plutocrats, more are high-earning professionals and many more than that are low-paid workers. Great inequality and priciness are features of elite cities. London is the least parochial place in the world except in the belief that its material extremes are somehow unique, as if New York and Tokyo are known for their undersubscribed properties and easiness on the purse.” However, the FT advises him to practise the same policies as the Sharifs are pursuing in Pakistan or Erdogan in Turkey, or more or less that has become the norm under this rotten capitalist social crisis around the world: the straightjacket of profit and market oriented economic doctrine. The FT’s neoliberal advice is streaked with their pessimism in Khan’s success, “This is a plea for realism not passivity. More homes should be built. The sanctity of the greenbelt should go the way of old curbs on skyscrapers. The low density that distinguishes London from other great cities cannot survive a population rising to eight digits…Mr Khan can extract cheaper housing from some developers, even if his threat to withhold planning permission if they resist risks compounding undersupply with undersupply…Londoners grumble now and they will grumble after four or eight years of Mr Khan. Old, affordable London did everything apart from persuade people to live here. New, extortionate London is so off-putting to its residents that there will be 10m of them before the present mayor becomes a pensioner.”

It is true Khan opposed some policies pursued by Tony Blair, but that does not mean that Khan is in any way a strong left-winger. It is true he nominated Corbyn during the Labour Party leadership contest but voted for a soft left candidate. Even Ed Miliband, the former labour leader, sounded more radical and more willing to challenge big businesses. On the contrary, Khan fought this campaign on a very neo-liberal politico-economic programme. Tensions flared up during the mayoral race, as Khan appeared at times to oppose the Labour leader on everything from class politics to the debate on anti-Semitism.

London has become a city of the rich with the working classes being economically squeezed and socially and ethnically alienated. London is also a Labour city now. The Labour Party does relatively well in London amongst ethnic minorities. Khan beat Goldsmith by the same margin — more than 310,000 votes — that Labour secured over the Conservatives in London at last year’s general election. Each man won fewer votes than his party last May, and by the same margin. Hopes could grow amongst ordinary Londoners of a decisive turn against capitalist excesses of this crisis ridden system being practised so fervently in London, with familiar complaints and revulsion about skyrocketing house prices and stealth wealth.

With his support for the City — London’s Wall Street — and pro-rich taxation policies Khan will prove to be not much different from his predecessor, Boris Johnson the Tory mayor of London. In an epoch where radical left reformism as in the case of Syriza in Greece has shamefully inflicted brutal austerity against the working people, a right wing reformist like Khan is bound to be a disappointment for the London voters. Nothing less than a revolution can change the conditions and destiny of the city’s working people.