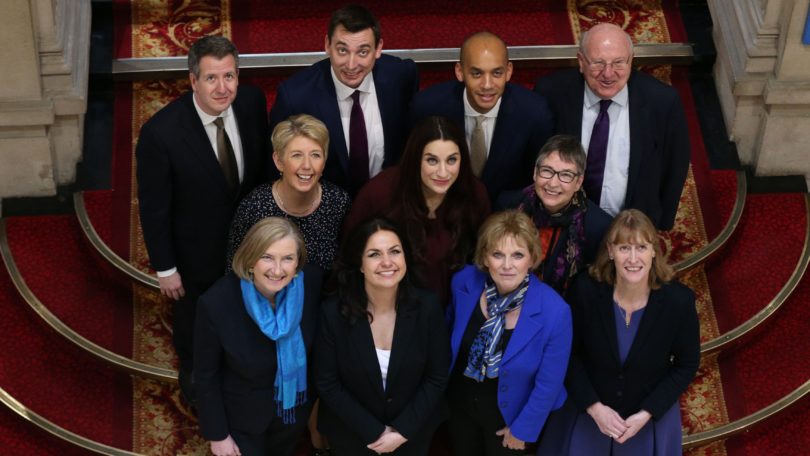 The Independent Group of MPs, now with eleven members, eight from Labour and three Tories, had their first meeting in Parliament yesterday. There was no discussion about homelessness, poverty, local authority cuts; nor the crisis in the NHS or austerity. Only Brexit, and plans to hold Theresa May “in contempt” of parliament. The eight former Labour MPs themselves ought to be held in contempt of those thousands of Party members who raised them to where they are today, before the ladder got kicked away. 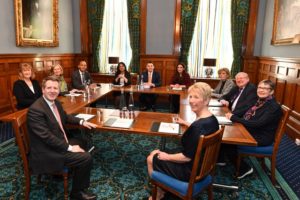 The Independent Group of MPs, now with eleven members, eight from Labour and three Tories, had their first meeting in Parliament on 25th February 2019.

This new party, as it soon will be, has only three ex-Tories for now, but its former Labour MPs have not expressed the slightest political disagreements with these refugees from Theresa May’s party. This is all the more notable because all three were (and still are) cheerleaders for George Osborne’s and his management of the economy.

In case you’ve forgotten, Osborne was the Tory Chancellor who for five years set in train the deepest austerity cuts for generations. He oversaw the biggest cuts in living standards since the Napoleonic Wars, pushing millions into poverty or to the very brink of poverty. Most of the savage cuts in welfare, local authority spending and the rest, that are now being carried through by Theresa May were started by Osborne. The eight ex-Labour MPs, therefore, have aligned themselves with admirers of that Chancellor and his policies.

Labour Party members could be forgiven for thinking that these eight have jumped ship, not out of any high-flown ‘principles’ but just to avoid de-selection. After all, most of them fitted in nicely with the policies of Tony Blair and New Labour which were responsible for the loss of tens of thousands of Party members and four million Labour votes. Most of the eight voted for the Iraq War in 2003. They are today completely and utterly out of touch with the views of Labour Party members and the needs of working class people.

One of the eight, Luciana Berger, paints herself as a victim of “bullying” by her CLP, but in fact she has never had any basis of support in Liverpool Wavertree. The Blairite party apparatus had her parachuted in as candidate in 2010, against the wishes of the CLP, although she had no connections or roots in the area at all. Imagine a Labour candidate – in Liverpool – who didn’t even know who Bill Shankly was! It’s a testament to the tolerance and generosity of spirit of Liverpool workers that she was elected at all.

These eleven ‘independent’ MPs are united by a common fear of Jeremy Corbyn and a dread of the radical policies of the Labour Party. The founding political statement of the ‘Independent’ group has nothing to offer people in poverty, the homeless, those in zero-hours jobs, or anyone else trying to manage in the most precarious and insecure economic environment for decades. Their statement – expressing support for a “diverse, mixed, social market economy”, only confirmed suspicions that, at best, they are no more than milk-and-water Tories.

The legal basis of the new grouping, is apparently rooted in a private company called Gemini A Ltd, based in Altrincham. As long as it is a private company, it does not need to register its private donors, although the MPs will come under pressure to reveal them. Already, it has been reported that the Electoral Commission has contacted the group, after concerns were raised that Gemini A would not need to declare its private donors.

Once the new party gets going, there will be no shortage of rich backers. Last April, according to The Guardian, millionaire Simon Franks was preparing to put £50m behind a new ‘centre’ party, should one be formed. According to the Sunday Telegraph, Sir David Gerrard, a property magnate, has already offered £1.5m to the new Independent group.

The ‘Independents’ Will not be Short of Cash

They will soon be awash with cash and that isn’t counting all the very favourable coverage they will have on the BBC and in the anti-Labour media, which will be equivalent to tens of millions of pounds-worth of free publicity. Not that the MPs themselves are short of a bob or two. It has been reported that some of them already have additional sources of income of their own. The website The Canary reported, that questions have been raised about some of their links with private business. Angela Smith, for example, is opposed to the renationalisation of UK water companies, although it is Labour Policy. The Morning Star reported, that she and her husband have financial links to “private water companies that also fund the all party group for water that she chairs”.

She is also listed as an officer of the Industry and Parliament Trust (IPT), which has “charitable” status but which is, in effect, a lobbying tool that allows businesses, including oil companies and arms manufacturers, to forge links with MPs.

Chukka Umunna also benefits from a considerable business income, over and above his MP salary of over £77k. The most recent Register of Members’ Interests shows that he benefits from an additional salary of over £65k a year for his work with a mysteriously-funded think-tank called “The Progressive Centre”. Umunna is also able to finance a sizeable staff, from thousands more donations in kind that go to his private office.

Main Aim is to Disrupt and Sabotage Labour

Given the political make-up of this new parliamentary grouping and its main purpose – to disrupt and sabotage the Labour Party – it may not get much traction among party members and Labour movement activists. But it is important to be aware of the possibility of this new centre party causing some confusion among some Labour voters – especially given the air time and thousands of column inches of favourable publicity they will get.

When the last split off from labour started in 1981, it involved at first only four ex-ministers – the so-called ‘gang of four’ – but soon a couple of dozen more Labour renegades joined them. Backed by the BBC and the national press, the formation of the SDP had the effect of throwing dust in the eyes of many Labour voters. It wasn’t the only factor leading to Thatcher’s election landslide in 1983, but it was significant: the SDP got more than three million votes in that election, and a similar number in 1987.

Having said that, times have changed and the economic imperatives are much different. There is a profound yearning for change and ‘new politics’ among millions of people whose everyday lives are pushed closer and closer to insecurity. The radical policies of Labour – ‘For the Many not the Few’ – are very popular and the aim of the Independents in splitting the Labour vote may not succeed quite so well this time around.