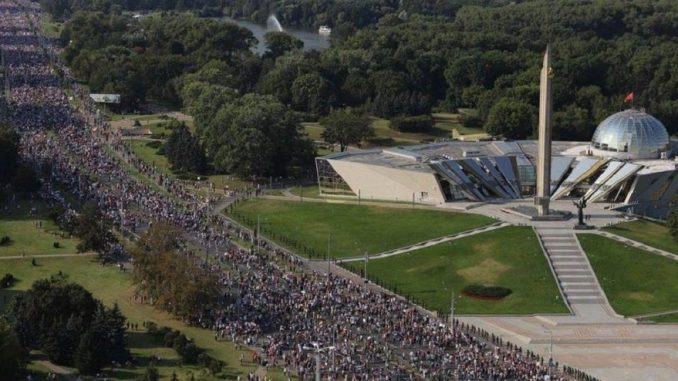 For the third Sunday in a row, hundreds of thousands of people took to the streets demanding an end to repression, the liberation of political prisoners, the resignation of Lukashenko and new elections. In Minsk alone, it is estimated that more than 100,000 Belarusians protested, despite the blockade of streets, means of transport and squares. In addition, there were demonstrations in other major cities, as a corollary of the actions that took place during the week, among which the mobilization of women stood out.

Workers, youth, women and all the people continue to fight for their freedom. In a new demonstration of courage and loss of fear, there were protesters who, summoned by Telegram, went to Lukashenko’s official residence in the Independence Palace, to leave him several symbolic “gifts” on the day of his birthday. 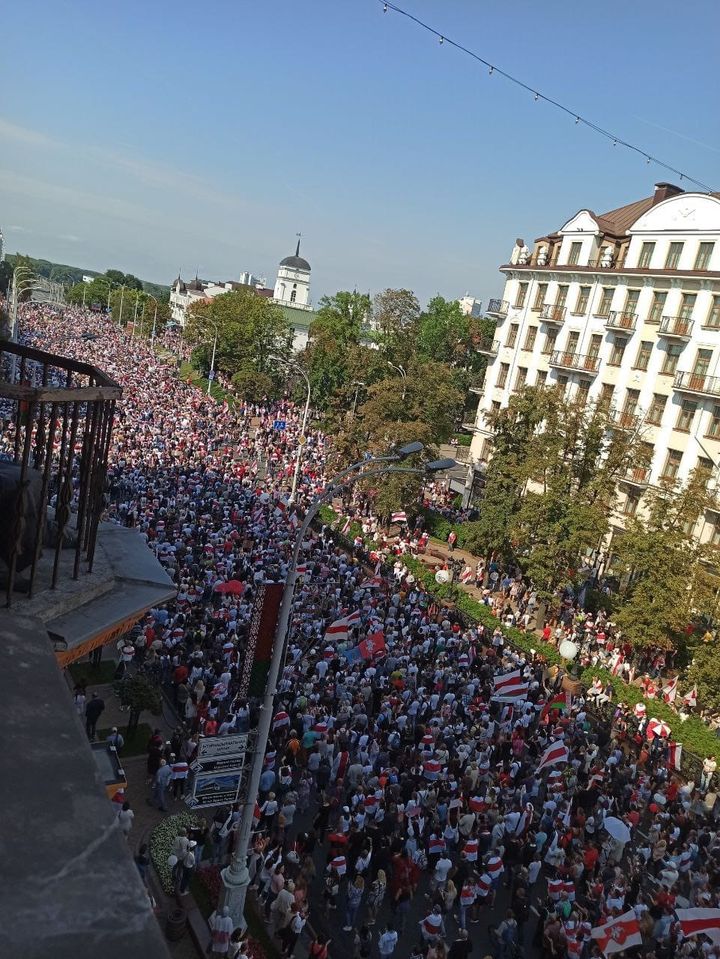 No More Repression and Persecution, Freedom for Political Prisoners

The government continues to respond with brutality. During the day there were no less than 125 arrests. The images seen throughout the world showing vehicles that cut buses off and kidnap people by force, or uniformed officers beating peaceful people whose “serious crime” is exercising the right to protest, cause enormous indignation. As part of the anti-worker escalation, in response to the strikes and actions of the working class, the regime has particularly targeted labor leaders and activists, threatening them with dismissals, sanctions and criminal charges.

Among the prisoners this week was Liza Merlyak, International Secretary of the Belarusian Independent Trade Union, who was taken from her home located in Grodno, her phone was seized and she was accused of participating in “unauthorized mass protests.” Then they had to release her, when local and international demands multiplied. On Saturday, the regime’s authorities withdrew the credentials of 17 journalists from international media outlets ranging from the BBC, Reuters, AP and AFP, an arbitrary attack they also carried out against local journalists, in a clear attempt to prevent the protests and the repression and human rights violations ordered by Lukashenko and endorsed by Vladimir Putin, President of the Russian Federation, from being disseminated.

Lukashenko and the authoritarian regime continue to repress, trying to show strength. However, what is evident is that the people are not willing to surrender and, against all odds, they maintain the mobilizations, strikes and massive protest actions. The general strike, with mobilization, is the tool that power fears the most. We call on all the peoples of the world, in particular in Europe, those who fight against oppression and exploitation, those who reject repression, the violation of human rights and the curtailment of democratic freedoms, to support the Belarusian people, in particular the working class, that is being particularly attacked. The International Socialist League has been promoting solidarity support from the very beginning of the protests, we call to multiply it while rejecting all imperialist interference in the region.