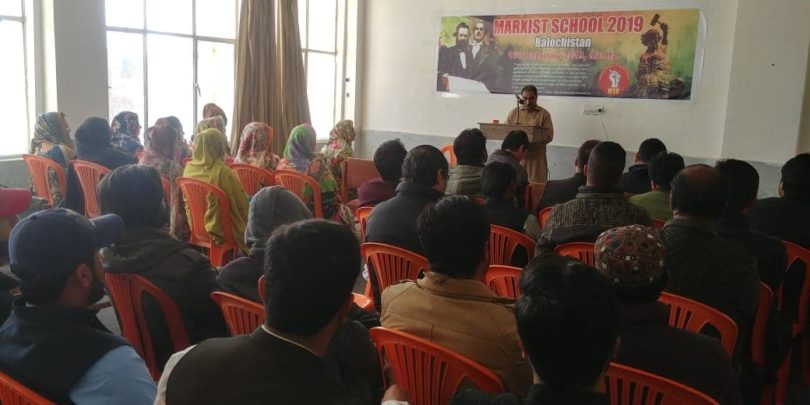 On 16th February 2019, One Day Marxist School held in Quetta, Balochistan at Ayub Stadium’s Youth Hostel by ‘The Struggle’. The school was attended by a large number of revolutionary youth from far-off places of Balochistan like Mastung, Kalat, Mach, Killa Saifullah, Zhob and Kohlu. The school consisted of three sessions. Chairman of Pakistan Trade Union Defense Campaign, Nazar Mengal opened the school and greeted all the participants. 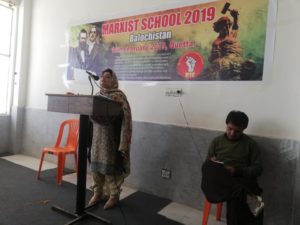 The first session was on “World and Pakistan Perspective” which was chaired by Aftab Baloch and led off by Shakila Baloch. She threw light on the current crisis of global capitalism and its underlying causes. She pointed out that the global crisis of capitalism was being reflected in the decline of American imperialism. US economy is marred by unimaginable debts and crisis. All the advanced and industrialized economies of the world are mired in astronomical amounts of debts. Currently, the total global debt stands around $186 trillion which is hampering a healthy growth. Despite all the austerity and bailout packages the required economic growth is still distant. The basic reason being the declining rates of profit, because the introduction of new machines and robots are dismantling the role of human labour in production due to which enough surplus value is not being generated. Marx described this process as “the law of the tendency of the rate of profit to fall”. This is the underlying cause of the current organic crisis of capitalism. After the lead-off, Imran Kamyana took the discussion forward and further elaborated the crisis and the trade war between USA and China. Hassan Jan summed up the session in the light of the questions.

The second session was on “Art and Socialism”. It was chaired by Nadir Khan and led off by renowned artist Zamin Sangtarash. He elaborated the role and importance of art in the whole of human history and even before the advent of civilization. Elucidating the ancient cave paintings of France and Spain, he said that those paintings were not for decoration. They had a purpose. For ancient cave dwellers, these paintings of animals had a magical spell. They believed these paintings of animals would help to hunt those animals. After the advent of class society, the character of art also transformed. In the slave society, art was at the service of the ruling classes. Giant statues of Kings were built to overwhelm the minds of the ordinary masses by the power of the ruling classes. Capitalist society has turned art into a commodity like everything else. Under socialism, art would be let free from the chains of class oppression and profit. After the lead-off, comrade Izhar, Yahya and Imran Kamyana intervened and contributed in the discussion on art. Zamin Sangtarash summed up the session. 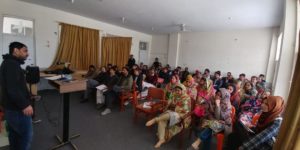 The third and last session of school was on “Student Politics”. It was chaired by Abdullah and led off by Urooj. She threw light on the history of students’ movement in Pakistan and its role in the working class movements. Students’ movements have always been the precursor to mass movements in Pakistan. The 1968-69 revolution in Pakistan was ignited by students and youth movement. That’s why the notorious military dictator General Zia ul Haq banned the Students’ Union in 1984 to prevent the progressive and left-wing students from entering into politics. Even now, the university and college campuses in Pakistan resemble a jail. Students have to go through innumerable police check posts to enter into their institutions. But these oppressions reflect the fear of the ruling classes of the potential of any student movement. Many comrades intervened and contributed in the session. Imran Kamyana summed up the session as well as the school. All the participants sang the Internationale and thus came this marvellous school to an end. 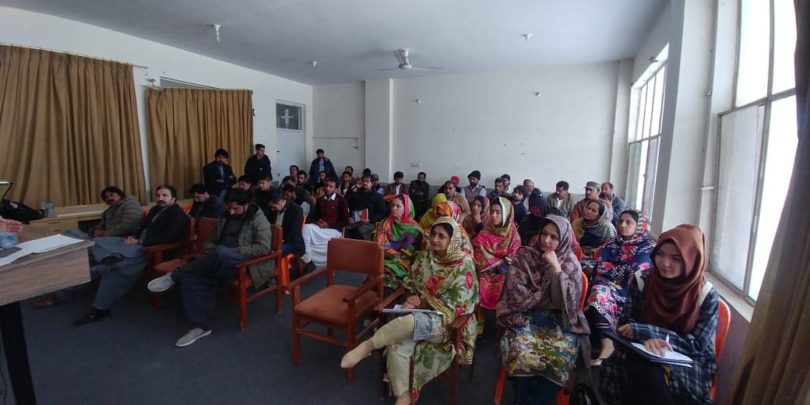 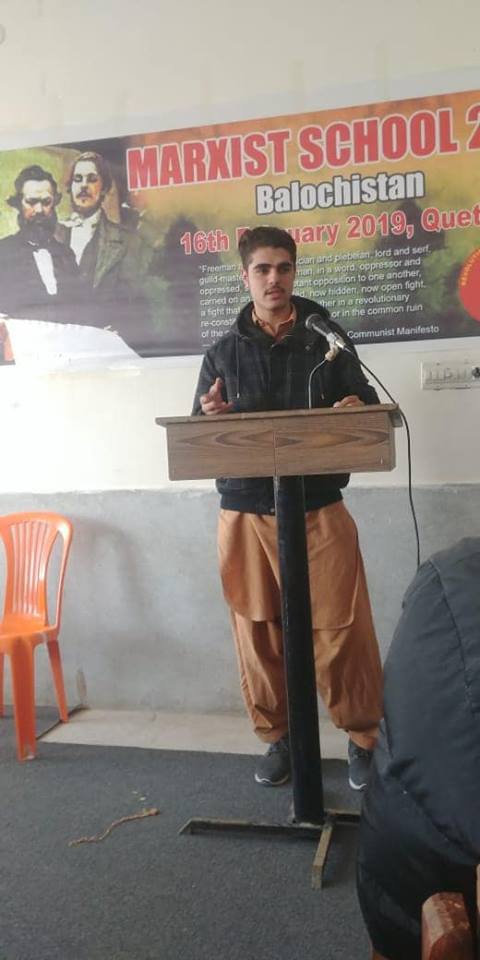 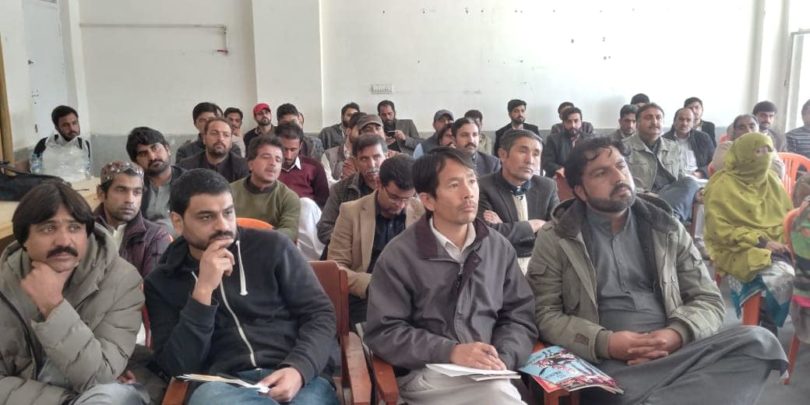 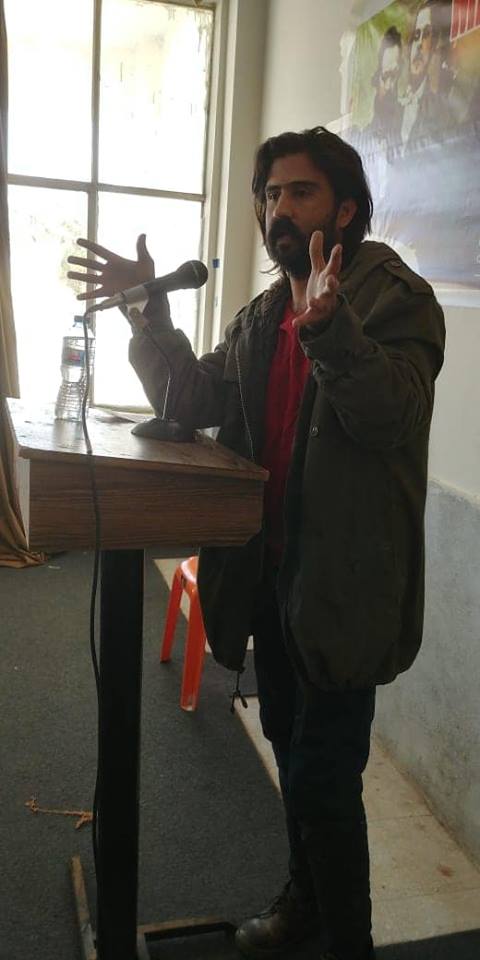 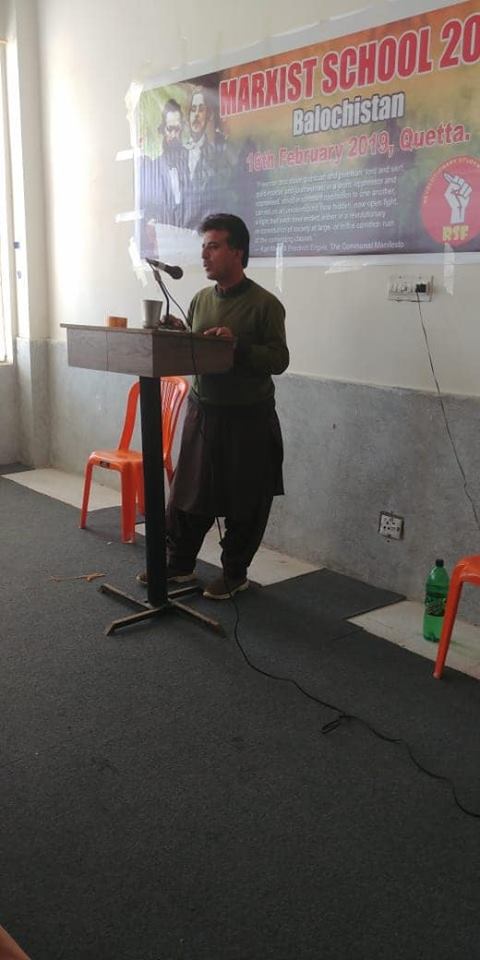 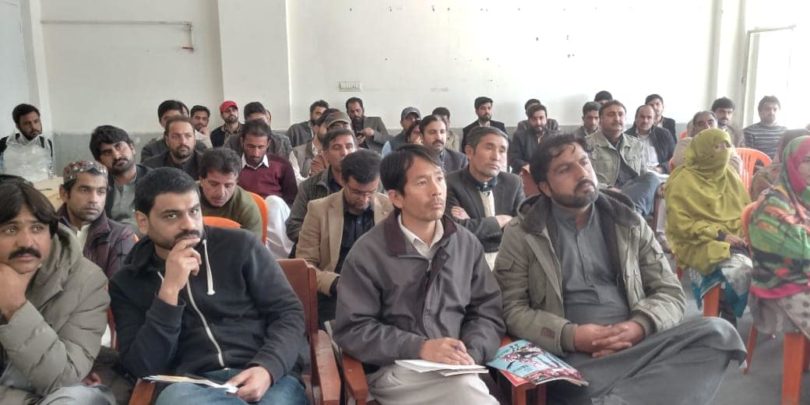 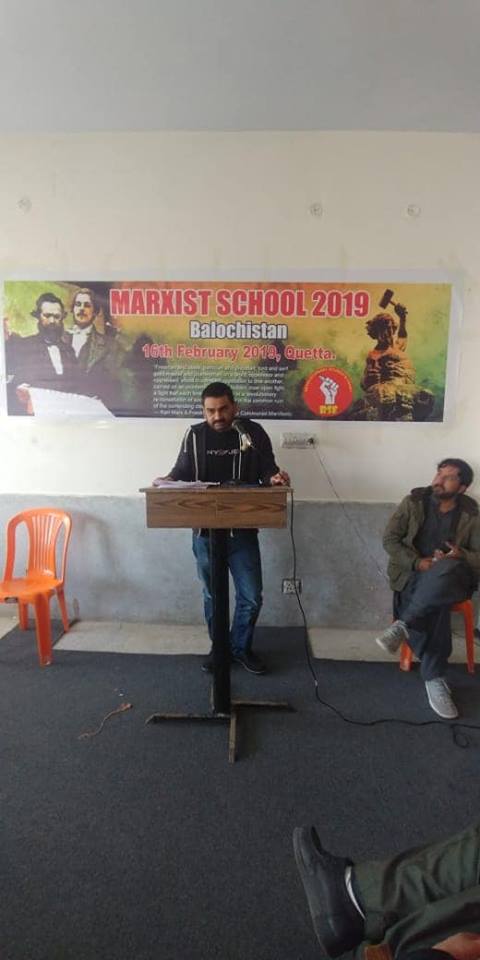 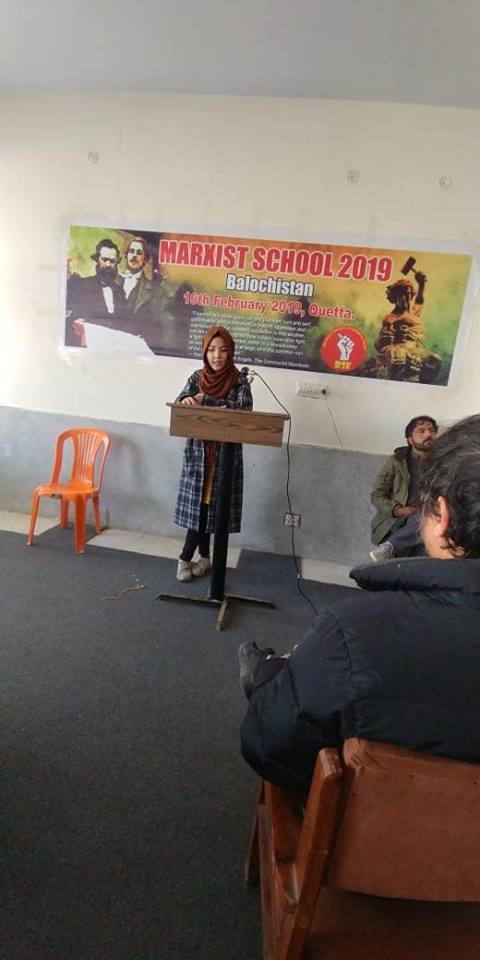 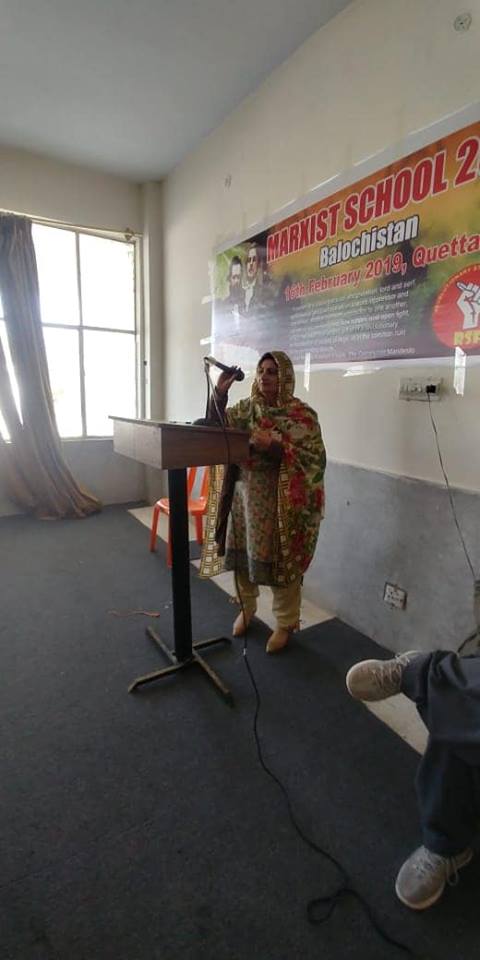 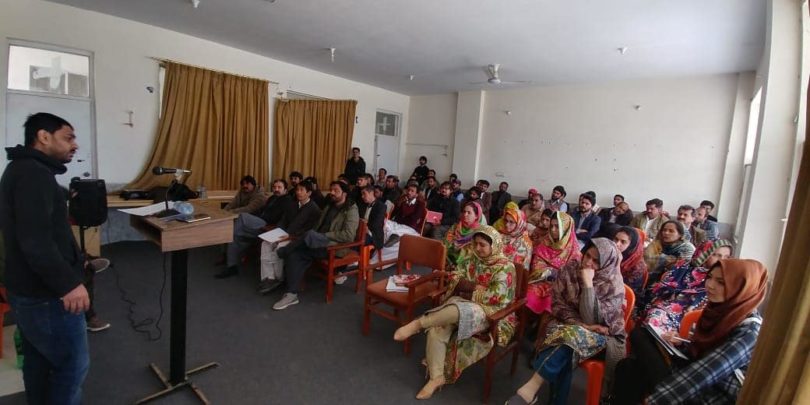 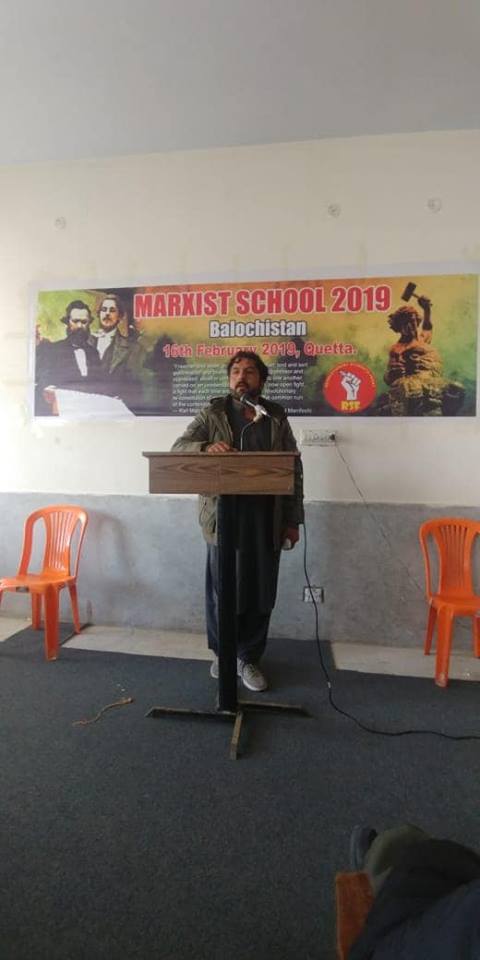 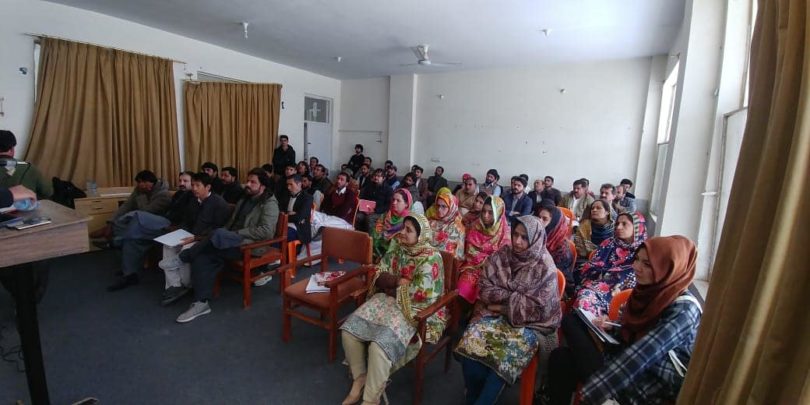 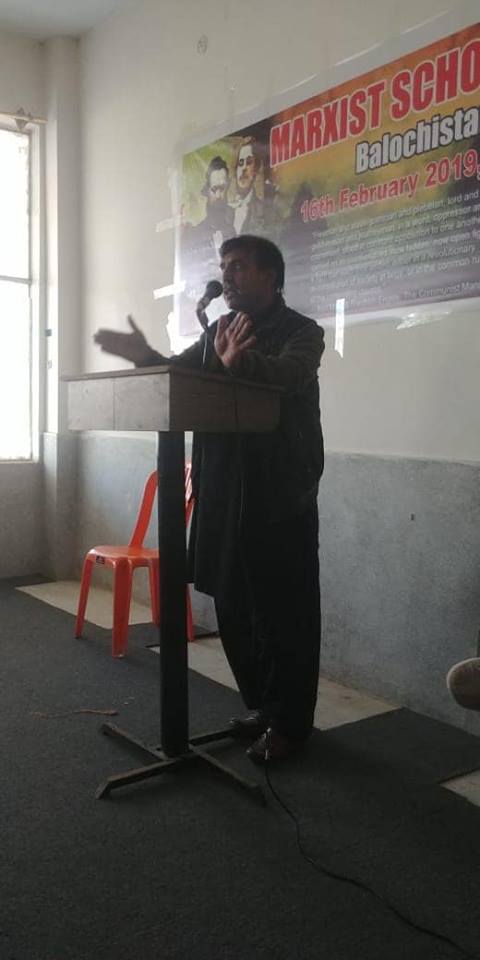 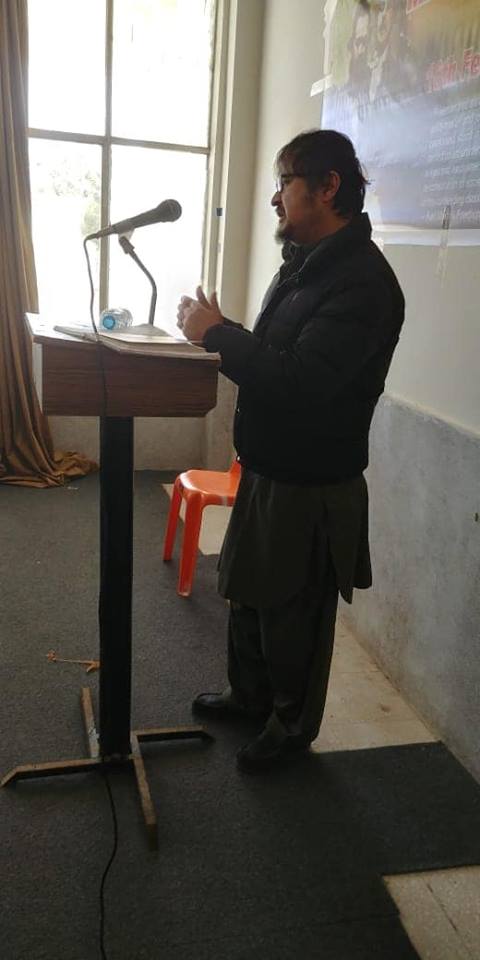 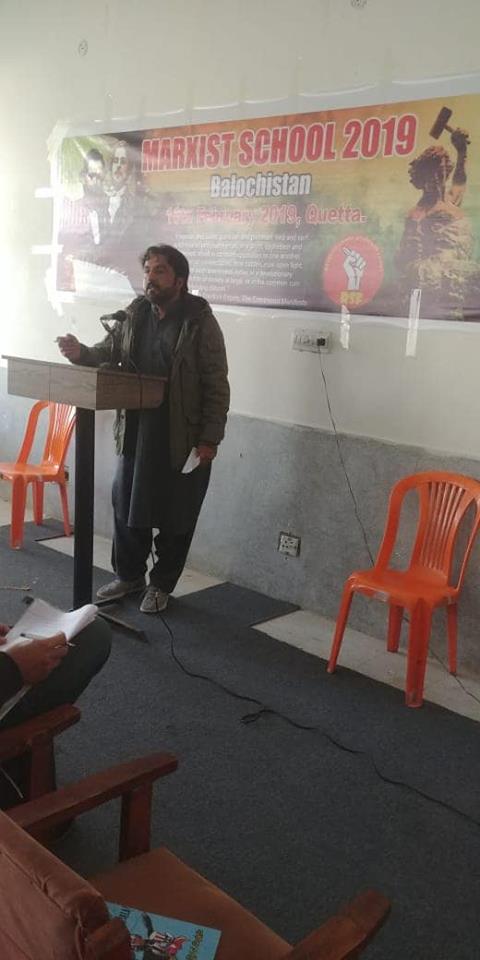 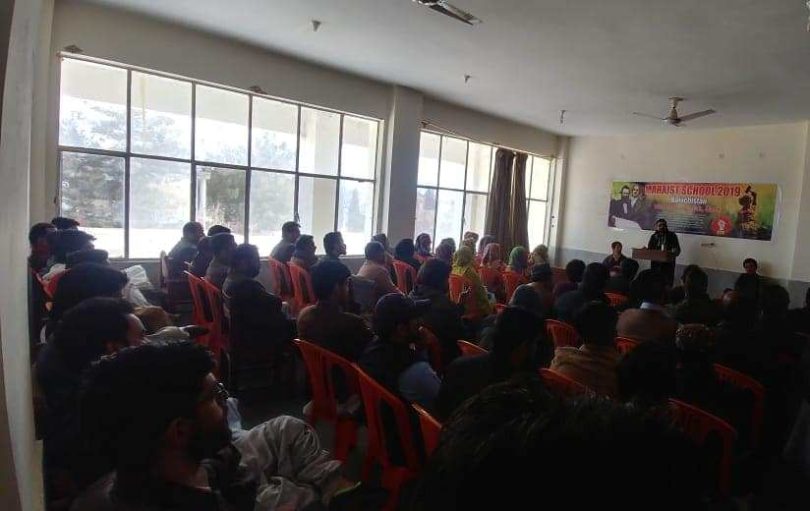