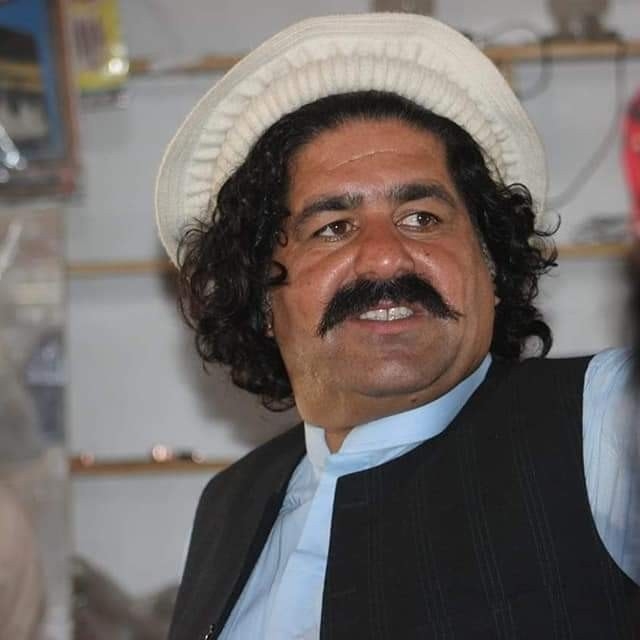 As the year 2020 was coming to a close, Ali Wazir, Member of the National Assembly from constituency NA-50 Wana, South Waziristan was arrested on the request of Sindh Police on 16th December while he was travelling to Peshawar to join a ceremony in the memory of Army Public School Children, martyred by the Taliban in an attack 2014. Ali Wazir was falsely accused in the police FIR along with Moshin Dawar, another PTM Leader and MNA from Waziristan, of the made up charges with the serious allegations of hate speech, conspiracy and treason.

He was arrested on Islamabad-Peshawar Motorway and then transferred to Karachi and presented before Anti-Terrorist Court. A number of leading politicians condemned his arrest including PMLN vice president Maryam Nawaz and PPP Chairman Bilawal Bhutto Zardari, whose party is in power in Sindh Province. Many human rights activists expressed their concern over such humiliating treatment of an elected representative of people. There weren’t any mass demonstrations from the Pashtun Tahafuz Movement for the release of Ali Wazir although PTM kept on holding major public gatherings in Waziristan and areas of former FATA. It was even more shocking for the many when the leadership of PTM held press conference in national press club Islamabad demanding release of another detainee of PTM, who just got bail toady, but there was no mention of Ali Wazir in the main banner upheld behind the stage. Many wonder what is stopping PTM to even mention Ali Wazir’s name, as he is the most popular leader of the movement and one of the two Members of National Assembly associated with PTM , specially when the other MNA was speaking to the press conference who also is nominated in the same FIR.

His bail application was submitted the day after. The courts hearings were transferred to Karachi Clifton Jail. The judge remarked with the inadequate references and proofs against Ali Wazir and warned authorities to come up with solid material evidences. The court demanded the manuscript of the alleged “controversial” speech. The judge further said that a case of treason could not be registered against Wazir without the approval of the Sindh cabinet.

There is law that none of the speeches made by an elected member of the assembly can be submitted in the court without the prior approval of the house’s cabinet. In this case the police presented the speech record in the court but the approval was dated back in 2019, But Wazir was charged for the speech of 6th December 2020 made in a PTM rally in Karachi. The court ordered for the new approved speech manuscript.

According to Express Tribune

” The Sindh cabinet had given the approval to register a case against MNA Ali Wazir, an anti-terrorism court (ATC) was informed on Friday during the hearing of a case pertaining to provocative speech. The minutes of the meeting stated that when the matter was referred to the prosecutor general, he had suggested that the cabinet give approval to lodge the case. Besides, a forensic report submitted to the court concluded that visual footage of Wazir’s address of December 6 was real. However, the Investigation Officer stated, the laboratory that issued the report said it couldn’t test the authenticity of the audio in the video as it did not have software needed for the purpose. Following that, the court sought arguments from Wazir’s counsel and adjourned the hearing till February 3.”

While PPP Chairman is condemning the arrest, his party’s cabinet paved the way for charging Ali Wazir. This tears apart the so-called progressiveness of PPP who is trading Ali Wazir for petty benefits and concessions from the state.

Meanwhile the courts of Bannu district in Khyber Pakhtunkhwa Province wrote to Sindh government that Wazir is wanted in other cases in Bannu court and if he gets a bail from Karachi, he’ll be sent to Bannu. More than half of this Parliament’s tenure has passed but Ali Wazir is continuously being constantly dragged into fabricated cases. But he is following the footsteps of Bolsheviks deputies who used to be either in Duma exposing the system and being voices of the oppressed or in Jails.

No amount of false cases, imprisonments, intimidations and betrayals can break the resolve of Ali Wazir, for he stands not only for the oppressed masses of Waziristan, but also for the working classes, youth and women of the entire country and beyond.