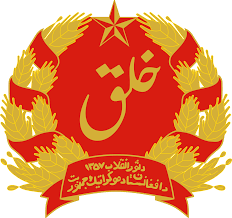 As the confrontation between the “allies” – US and Pakistan – in the “War on Terror” worsens, the prospect of any fruitful outcome to this war of attrition fades further away. The bloody conflict in Afghanistan and the tribal areas of Pakistan rages on. The colossal collateral damage caused by imperialist bombings and drone attacks, in reality means the brutal extermination of thousands of innocent souls. The fundamentalist terror doesn’t spare the ordinary people either.

However, the latest accusations from the US military high command of the ISI’s covert support for the Haqqani network and other Islamist groupings against the US and NATO troops are the most outspoken and strongest since the beginning of the imperialist invasion of Afghanistan. The denial on the part of Pakistan’s military elite has further heightened tensions and exacerbated the conflict between the reluctant allies. The main reason for the aggravation of these contradictions and mudslinging is the sheer frustration of the US military strategists due to failure to achieve any progress in this war.

The Americans have known all along about the ISI’s involvement and links with the fundamentalist outfits, but they couldn’t do much about it. Now with the worsening economic, diplomatic and military scenario facing imperialism, they have vented their impotent rage, knowing full well that they can’t alter the balance of forces or remove the nexus between these fundamentalist groups and sections of the Pakistani state.

In the first place this nexus was created by the CIA more than three decades ago. The dollar jihad was unleashed by the Americans after the Afghan revolution of 1978. They had sponsored, financed and bred this counter-revolutionary insurgency for their own imperialist interests. It was in fact the CIA’s largest covert military operation in its history. To finance this jihad not only was Saudi money poured in but a network of drug smuggling, ransoms and other criminal activities was set up, in connivance with the ISI was created.

After the Americans abandoned the region this network not only remained intact but it prospered and expanded under the patronage of the Pakistan army’s top brass. In the subsequent years this enterprise developed into a massive black economy that is today more than twice the size of Pakistan’s GDP. Hence there are high stakes at risk for sections of the Pakistani ruling class and the state. This black economy finances the fundamentalist terror while at the same time using these dark forces of obscurantism for its own protection. Religion is the ideological tool of these upstart billionaires who use it to coerce society.

US imperialism never completely abdicated this region and in 1997 it was former US under secretary of state Robert Oakley who played the main role and gave thirty million dollars for the capture of Kabul by the Taliban under Mullah Omer. The imperialists fell out with the Taliban not because of the latter’s reactionary role and terrorism but over a deal for an oil pipeline when the Taliban double-crossed them. However, after the US invasion in 2001 it was not only a case of dislodging the Taliban regime but the strategic and financial interests of the Military elite that were threatened. They didn’t want the Americans to interfere in their policy of strategic depth which was closely linked to this lucrative enterprise that gave them colossal profits. This is the real bone of contention that escalates the conflict of interests between the US and sections of the ISI. This is not going to be resolved any time soon. With the worsening crisis of capitalism this atrocious war will keep on maiming thousands in the days ahead.

After the biggest financial crash in the history of capitalism since 1929 in 2008 the US economy is in a mess. The recovery is jobless and fragile. The Republican budget which plans to cut $4.4 trillion would drastically slash healthcare and social spending. Even Barack Obama has had to admit that such cuts would turn the United States into a third world country.

However, the most devastating impact of this severe economic crisis has been the erosion of confidence of the imperialist politicians and strategists. This is reflected in their domestic and foreign policies and in the conflicting strategies of the Pentagon, the State Department and the CIA. The ramifications are evident in their diplomatic failures and the wars in Iraq and Afghanistan that have gone terribly wrong for the imperialists. The NATO partners are looking for excuses to beat a retreat in Afghanistan. The mounting pressures in Europe and elsewhere against this unpopular war are forcing them to abdicate.

This quagmire of Afghanistan for the imperialists is of their own making. On April 27th falls the 33rd anniversary of the Saur or the spring revolution in Afghanistan. It was the only country in South Asia where landlordism and capitalism were overthrown by a revolutionary insurrection of the left officers of the PDPA, mainly of the Khalq faction. The revolutionary council immediately introduced the most radical reforms to eliminate poverty, misery, primitiveness and repression. More than 80% of the rural population was liberated from the clutches of the usurers who had subjugated the Afghan peasants and the poor for generations. The sale of women in wedlock was banned and declared a crime. Land was distributed amongst 300,000 landless peasants. Similar reforms were introduced in healthcare, education and other social sectors.

However, the impact of these revolutionary events in the whole region caused grave concern among the imperialists and their local touts such as the vicious Zia dictatorship in Pakistan and the reactionary monarchy of Saudi Arabia. Thus it was this lust for imperialist expansionism and its strategic hegemony that began this devastating war that has bled Afghanistan for three generations. But there is a thing called the retribution of history. The imperialists are facing the perils of another humiliating defeat. The madness of bloodshed in this conflict between imperialism and fundamentalism, which are two sides of the same coin; will only wreak more havoc upon this tragic land. But the scent of the ‘Saur’, the spring revolution, brings a message for the new generation of Afghans: capitalism cannot solve any of the problems faced by the oppressed. In spite of the mistakes of some of the leaders of the Saur, it did set a revolutionary precedent for the coming generations. It is only the overthrow of this brutal system through a socialist revolution that can put an end to this horror without an end.