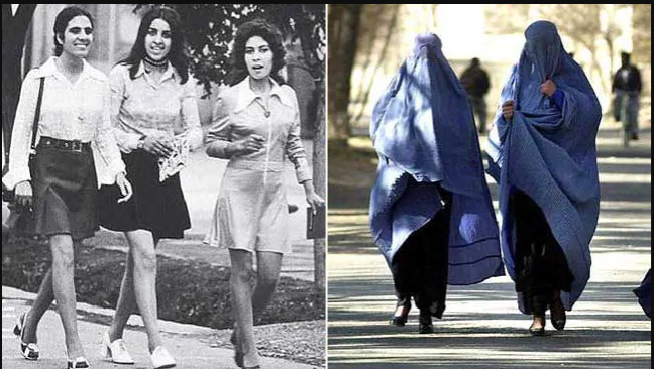 It was 38 years ago when one of the most progressive events in Afghanistan’s history — the Saur Revolution — took place. Since its demise imperialist aggression and fundamentalist reaction have wrecked havoc on this tragic land. This week the Taliban announced the beginning of their usual summer offensive against the Ghani administration in Kabul driving a truck laden with explosives in an elite military training institution in downtown Kabul, and set off a massive explosion resulting in the killing of over 60 people and wounding more than 350.

The Taliban have taken full advantage of the vacuum left behind by the withdrawal of a large part of the imperialist forces, and have moved from their traditional southern and eastern heartlands to the north. Since the announcement of Mullah Omar’s death more than two years ago, the Taliban’s new leaders were in need of a big military hit to impose their writ on their warring warlords. The attack this week was to boost the morale of their insurgents and regain lost confidence. The Taliban currently control or contest more territory than at any point since 2001.

Despite imperialist-sponsored and trained Afghan state security forces suffering record casualties in 2015, the complete victory of the Taliban is highly unlikely. It’s not just the balance of military forces but also the utter detestation of these terrorist attacks by the masses, particularly in the urban cities, which will generate mass resistance against these fundamentalist bigots. However, with the presence of imperialist forces, proxy wars of the regional imperialist powers and ill-gotten wealth from drugs and other criminal activities will prolong this turmoil and carnage. The imperialists cannot sustain their forces in the face of a defeat, and at the same time they cannot totally withdraw from the quagmire they have created.

The American contingent is due to fall from 9,800 to 5,500 by the end of the year. But Barack Obama’s military advisers are strongly opposed to this reduction. Hillary Clinton is inclined for greater imperialist aggression. If elected she will try to increase imperialist troops along with the concerted air attacks to suppress the insurgency. However, even Clinton has openly acknowledged that the bloody mess that Afghanistan is in today is the making of the imperialists themselves. The US imperialists used these very Islamic fanatics as terrorist Mujahideen to overthrow a revolution that was a great stride forward in history for the Afghan masses. This mayhem and devastation is the outcome of the imperialist-backed counter-revolution.

The Saur Revolution took place on April 27, 1978. Ever since the dramatic events that led to this revolution, and the subsequent radical and far-reaching reforms in its aftermath, the corporate media and intelligentsia have distorted and maligned this glorious episode. This revolution dared to free the oppressed masses in Afghanistan from centuries of brutal despotism and ferocious devastation by imperialists. Bourgeois historians have deliberately equated the Saur Revolution with the occupation of Afghanistan by the Soviet armies, and have criminally tried to conceal that the Russian forces entered Afghanistan 18 months after the revolution on December 29, 1979. The first two presidents of the post-revolutionary Afghanistan and leaders of the Khalq faction of the PDPA, Noor Mohammad Tarakai and Hafeezullah Amin, had little faith in the bureaucratic regime that ruled in Moscow, and were bitterly against any foreign intervention, including the Soviet Union. Tarakai was killed earlier on, and it is highly probable that the KGB was involved in the assassination of Hafeezullah Amin on the eve of the Russian intervention.

Although it was not a classical socialist revolution from a Marxist standpoint, but no other event in the history of South Asia struck such a blow to the region’s feudal drudgery, tribal primitiveness, religious oppression, capitalism and imperialism. This was a revolution by decree, which was immediately supported by millions of oppressed Afghans. Measures were introduced to ensure equality of rights of women and eliminate unjust patriarchy; girl marriage based on exchange for money and goods, forced marriage, and child marriage were effectively banned. Landed estates of feudal lords, clergy and royal family were expropriated without compensation and redistributed to landless peasants. Equitable distribution of water and the establishment of peasant cooperatives were introduced.

Major literacy programmes were launched; by 1984 one and a half million people had finished literacy courses, and in the same year, 20,000 literacy courses were functioning throughout the country enrolling 377,000 people. The target was to eradicate illiteracy by the year 1986 in urban areas, and by 1990 all over Afghanistan. In the period prior to the Saur Revolution, only 5,265 people had finished literacy courses. It is vital to realise that the leadership of the PDPA (Khalq) initiated these decrees before the intervention of the Russian forces. They had to overthrow the oligarchy of capital to introduce such measures. The Saur Revolution proved yet again that in the neo-colonial countries not even the basic tasks of the bourgeois democratic revolution could be attained under rotten capitalism.

Such radical measures sounded the death knell for imperialist interests and sent tremors through the corridors of power from Islamabad to Riyadh to London and Washington. To counteract this revolutionary change in Afghanistan the CIA launched its biggest covert counter-revolutionary operation. This was the reality of imperialism’s jihad against ‘communist infidels’. This imperialist counter-revolutionary war plunged the region into a deadly conflagration that pulverised the lives of generations of ordinary people. Afghanistan and Pakistan have ever since become violent and criminal societies with ‘Kalashnikov’ cultures, drug addiction and economies swollen up with cancerous black economies, breeding Islamic fundamentalist terror. The revolution and the counter-revolution in Afghanistan have exposed the absurdity of the Durand Line artificially drawn in 1893 to dissect the Pashtuns. But this also brings to the fore the reality that Afghanistan and Pakistan are integrally linked, and only a unified revolutionary struggle can overcome barbarity engulfing the region.

The real lesson of the Saur Revolution is that nothing less than a socialist revolution can salvage Afghanistan, Pakistan, and the whole region from this harrowing episode of wars, mayhem, bloodshed, poverty, misery and deprivation. However, either the revolution has to spread to other countries of the region, or in isolation it will be strangled and drenched in blood by imperialism and forces of black reaction.