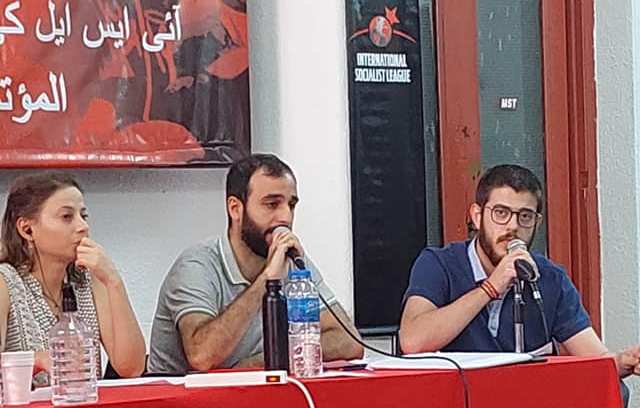 The Middle East is a region of intense class contradictions. The workers, the masses, the many unemployed, the youth, the women and the oppressed people hate the regimes they live under.

The expectations of the workers and youth for a good future and what the system offers them are completely different. Poverty, low wages, unemployment, huge social inequalities, poor education system, lack of future, massive corruption, tyranny of the oligarchy around them, absence of human rights and basic freedoms…

The deep contradictions mentioned are the fuel for endless popular uprisings. Accumulation of anger against the dictatorships bursts again and again. After the rebellions, the bloody counterrevolution wins because the masses doesn’t have leadership and a clear revolutionary program.

The basic social problems of workers living in poverty cannot be solved by free elections or in the line of liberal democracy.

The fundamental problems of these societies can only be solved if the workers and poor peasants take over the economy and rule it themselves. In addition, a socialist project cannot continue in one country, but the revolutionary winds will inevitably affect all countries of the region.

Youth cannot reach the bright days without combining their struggle against dictatorship with the struggle against capitalism targeting the system and building workers’ power. This is the concrete program of the permanent revolution in the Middle East.

The workers, peasants and youth are carrying out heroic struggles in many countries. However, in the absence of socialist revolutionary leadership and a clear perspective, the masses are confined to the chains of the bourgeoisie and defeated by the bloody capitalist dictators, and the lessons we must learn from Sudan are very clear.

We see the masses rising in Morocco, and we see the continuous wave of popular struggles in Iran, as the struggle of the Palestinian people continues to liberate their land to remove the Israeli entity, and Turkey is witnessing a huge inflation in its currency, which portends an imminent economic collapse that increases the crack of the system and reinforces the class struggle.

As for Lebanon, and with the worsening of the economic crisis, the Lebanese ruling authority continues to attack the people through laws that authorize the service of banks and capital, while the masses pay for the shortage of fuel, shortage of medicines and hyperinflation, the Lebanese workers and youth are facing a scenario of complete social collapse.

Through revolutionary struggle and socialism, a truly democratic and free Lebanon can be born. Such a movement would change the fate of not only Lebanon, but the fate of the entire Middle East and establish democratic regimes in the Gulf that overthrow the reactionary oil kingdoms and emirates.

In Iran; Strikes, protests and even uprisings continue. Despite the regime’s suppression of the masses, they would bravely return to the stage. The decent existence of the working class, peasantry and youth in Iran depends on building the leadership of the future revolution.